Halloween Time at Disneyland Paris might not be the same as previous years. This year Disneyland Paris is celebrating its 25th Anniversary and with this there are two shows on the Royal Castle Stage, a whole new parade and a new fireworks show. The team at Disneyland Paris has been banking on all this for the last few months with special behind the scenes videos, vlog style videos and more. Up to the moment of writing, we haven’t seen a Halloween program. What does all this mean for the fall season at Disneyland Paris? 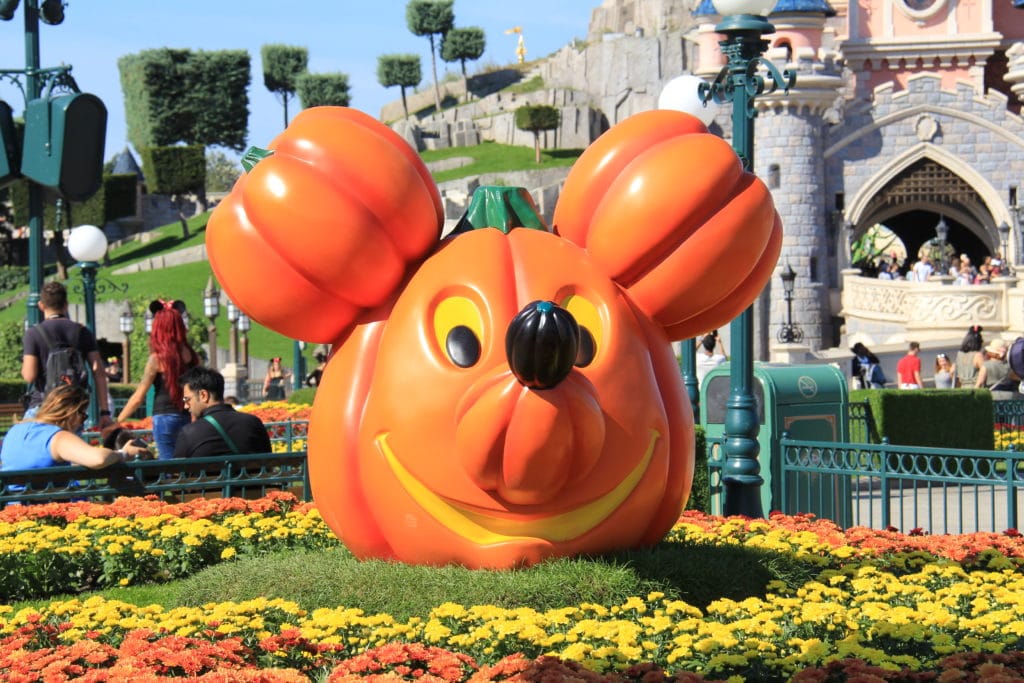 It is hard to imagine that the Royal Castle Stage will see its daily performance schedule changed to accommodate a new performance (or something similar to) of It’s Good to be Bad. Over at the Chaparral Theater Forest of Enchantment is ending its performance cycle on September 3rd and the Frozen Sing-along hasn’t received any new dates yet. It seems that Frozen Sing-along is confirmed for this Winter season, but as long as we have no dates, this is merely a rumor. So what will happen to the Chaparral theater? Might a Halloween poster on the gates to the Chaparral Theater be a hint to what we can expect in a few weeks? Will we see a Halloween stage show at the Chaparral Theater? The surrounding land sure makes for a nice Halloween setting, and Mickey and Minnie had their Meet ‘n Greet setup there last year.

And what will happen to the Halloween Harvest Celebration Parade? With multiple performances a day on the Royal Castle Stage of Mickey présente :Joyeux Anniversaire Disneyland Paris and The Starlit Princess Waltz it is to be seen how many parades we will see. Disney Stars on Parade will most certainly keep its daily appearance, but will the parade route (and CMs) be able to accommodate a second parade that might make its way down Main Street USA twice a day?

From what I can guess, Main Street USA will keep its 25th Anniversary decorations. This does mean that the Halloween decorations need to move somewhere. As Frontierland has been decorated as well in the last years, we might see a lot more decorations going up in that land.

For now, we can only wish and hope. While all other parks have confirmed and communicated their Halloween offerings, Disneyland Paris still hasn’t. At the moment, it is only 30 days until runDisney and after that, fall sets in Europe. Hopefully we will learn more soon.