Halloween at Disneyland Paris is a spooky fun time to be at the parks. Disneyland Park will be transformed with decorations, shows, music and parades. And you might even meet your favorite Disney Villains. Who said Halloween has to be scary?

Halloween Disneyland Paris 2017: What to expect

The Halloween festival at Disneyland Paris will take place from 1st October to 5th November 2017. All though the program will be the same every day, times might be different depending on whether it is a weekday or weekend. 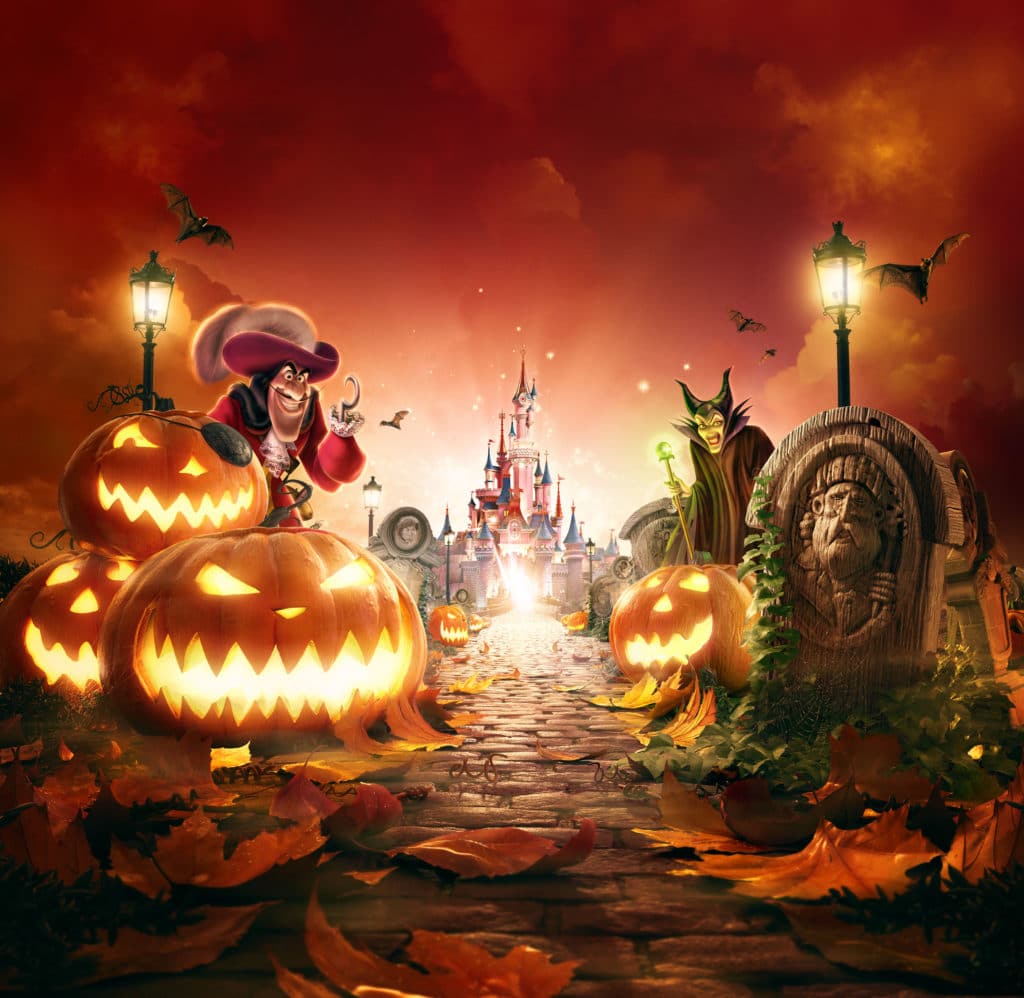 This year there will be no special Halloween Harvest Celebration cavalcade. In the last few years we have been lucky to have had a special parade, but this year with all the 25th Anniversary stuff going on, the team over at Disneyland Paris has decided different.

This year the Disney Villains will not appear on the Royal Castle Stage, but will have their own appearance on Main Street USA. Happening every day on Main Street, U.S.A, Disney Villains and many other Disney Characters will entice you along the Halloween spirits’ route, perched on their quirky tricycles.

Frontierland will see a new performance called “Skeletoon Street Party”. Goofy will be the host of this colorful skeleton party. José Carioca and Panchito Pistoles from The Three Caballeros are his sidekicks. They will invite you to party with them in a setting where you will find yourself face to face with colorful and funny skeletons. 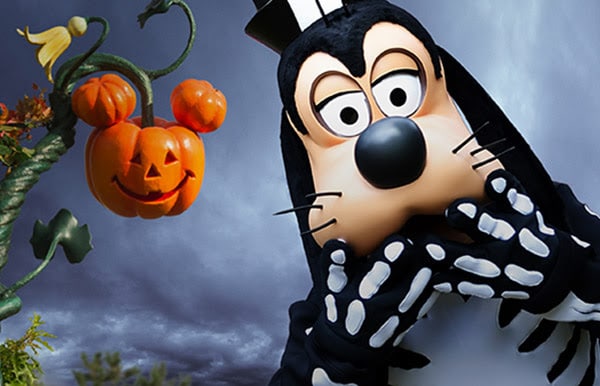 Mickey and Minnie will hold a Meet ‘n Greet this year back in Frontierland.

Daisy’s Costume Corner will return, but this time it will be in Frontierland.

Frontierland will  be packed full of ghosts and pumpkins, making it the perfect place to celebrate Halloween this year. The Castle Courtyard will be overrun with a huge bramble. All this means that Main Street USA and the hub (area in front of the castle) will keep its 25th Anniversary decorations and we might not see that many fall decorations outside of Frontierland.

On October 31st Disney’s Halloween Party will take place. For this even a separate ticket is required. The party starts at 8.30pm. Tickets can be bought online or at the parks.