From 10 June to 30 September 2018 Walt Disney Studios Park will be host to Marvel Summer of Super Heroes. Iron Man, Captain America, Thor, Black Widow,
Star-Lord, Gamora and Spider-Man will be there for a unique season of events, boasting shows and interactive experiences.

Marvel Super Heroes are coming to Disneyland Paris at the Walt Disney Studios in summer 2018, from June 10th to September 30th.

Iron Man, Thor, Captain America, Spider-Man, Star-Lord and Black Widow will appear for the first time at Disneyland Paris during the Super Heroes season. The Cinemagique Theater over at the Walt Disney Studios will be host to a new 360 Marvel Stunt show featuring live action + projections.

Among the new additions for this summer, the Marvel: Super Heroes United show will
bring together favorite Marvel Super Heroes for a new live show with cutting-edge
technology. This live-action super-production mixes a huge 400 m2 stage with one
of the biggest LED screens in Europe, incredible special effects and, for the first time,
in a Disney Park, the indoor use of drones beneath unbelievable aerial choreography
for a truly spectacular show.

Imagine… You’re sitting in your chair with projections all around you, before some of
the biggest Marvel Super Heroes on the stage, surrounded by breathtaking special
effects for a unique and immersive experience. Marvel: Super Heroes United uses
the latest technology to create a fully-immersive world.

The magic of video projections allows guests to move between worlds. You will travel
with Doctor Strange to the “Sanctum Sanctorum,” visit Dr. Abraham Erskine’s lab
(creator of the Super Soldier Serum used by Steve Rogers aka Captain America),
and even enter the sanctuary of the evil villain Thanos.

In this brand new story, Thanos will bring trouble to the Avengers and their allies after
finding a way to manipulate them, turning them against each another. Thanos
succeeds in distracting the Avengers from their top priority which is to protect all
mankind. Luckily, the Heroes will unite to thwart his evil plans. With a few more
twists and turns the ultimate battle between good and evil prevails.

What does it take to put Marvel: Super Heroes United on stage? 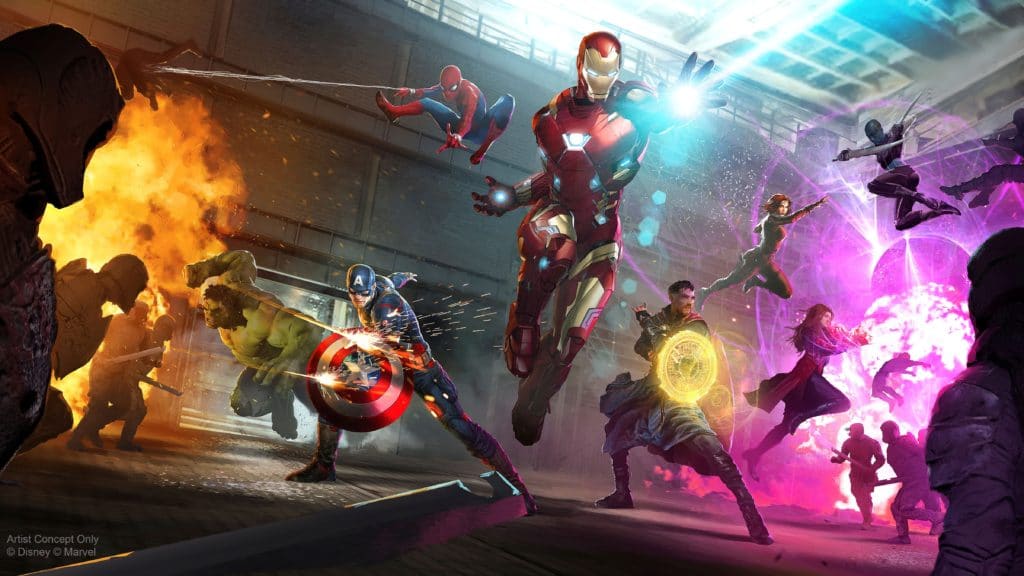 Tony Stark invites you to the open-air Production Courtyard to present the latest version of his revolutionary invention – an ‘Arc Reactor’ that generates green energy. But look out… It’s exactly the kind of event that a certain Loki loves to interrupt. Thor’s fearsome half-brother will try to use it as an opportunity for a power grab. Let’s hope that Black Widow, Spider-Man and the god of thunder himself are nearby to foil his plans…

Several times a day at the foot of the Hollywood Tower Hotel, you’ll have the opportunity to see this amazing show that’s as action-packed as it is offbeat.

Guardians of the Galaxy Awesome Dance-Off

As the name suggests, you’ll have the opportunity for a dance-off with the Guardians of the Galaxy! Music is a key part of the Peter Quill’s character, who’s better known by the name of Star-Lord. His adventures are set to the 70s & 80s tunes of his favourite playlists. And so as you’d expect, he’s making a truly musical entrance – alongside Gamora, the most dangerous woman in the universe. Watch out – they’ll soon find themselves in danger and will have a mission for you.

That’s where you come in. Get ready to lend a helping hand to the Guardians of the Galaxy! They’re counting on you to help them – and they promise to get you moving! Guardians of the Galaxy Awesome Dance-Off will take place several times a day in the Production Courtyard and is set to be a truly wild experience!

The Marvel Summer of Super Heroes is also giving you the chance for a heroic handshake
with the very first Avenger: Captain America. Steve Rogers himself will be at Walt Disney
Studios Park to share an epic experience with you – one you’ll want to capture forever in a
photo. It’s the perfect opportunity to show your friends and social media followers that
you’ve met the leader of the Avengers!

The Marvel Summer of Super Heroes will also be your opportunity to discover a range of
Marvel products exclusive to Disneyland Paris! A unique range of souvenir and lifestyle
merchandise – including Marvel hero headbands – have been developed for the special
occasion!

Here are some photos of the merchandise that will be available for the 'Marvel Summer of Super Heroes' season that will be held at the Walt Disney Studios Park at Disneyland Paris between from 10 June to 30 September.#MarvelSummer pic.twitter.com/zxix8zgYvj

The Art of Marvel hotel

The refurbishment of Hotel New York will go along with the introduction of more Marvel experiences at the Walt Disney Studios. Disney’s Hotel New York – The Art of Marvel will transport guests to the action-packed, inspiring world of Super Heroes including Iron Man, The Avengers, and Spider Man among others, and will open within 2020. 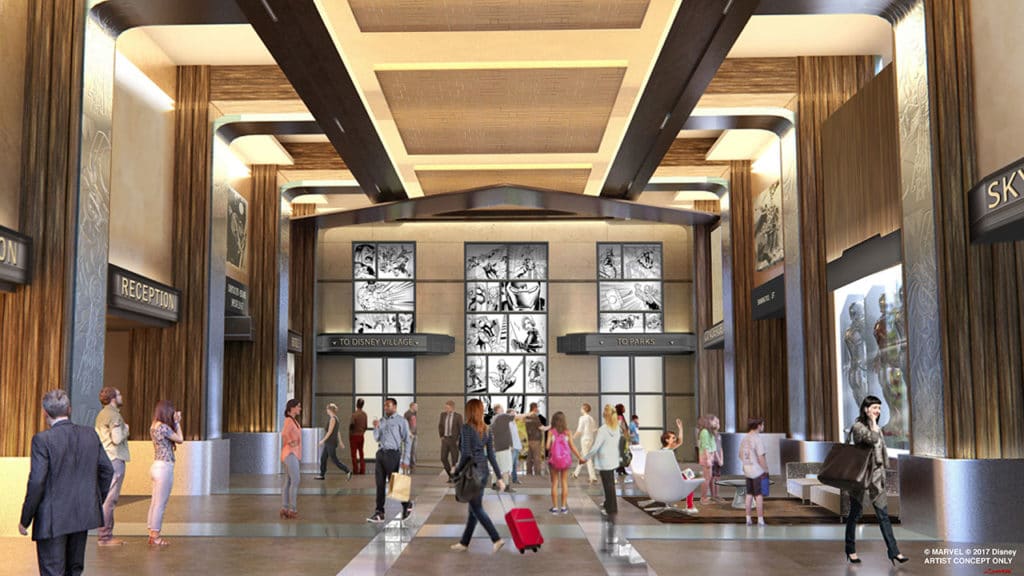 The Marvel Summer of Super Heroes will be the grand finale for the 25th Anniversary. The 25th anniversary celebrations will continue until September 30 2018.