Monday, July 17 2017, marks both the anniversary of the 1955 grand opening of Disneyland and the premiere of a newly enhanced “Fantasmic!,” the popular nighttime spectacular.

“Fantasmic!,” which tells the story of Mickey Mouse and his vivid imagination, returns to the Rivers of America in Frontierland with its classic theme song and engaging storyline guests have treasured for 25 years. Mickey’s exploration now features new scenes with characters from “Aladdin,” “Tangled,” “The Lion King” and “Pirates of the Caribbean.” One dazzling sequence finds Aladdin and Jasmine discovering “A Whole New World” as they float on their flying carpet over a bed of fog on the Rivers of America.

Those sensational “Fantasmic!” adventures come alive with new mist screens and innovative, state-of-the-art projection technology to create visuals that are brighter and more vibrant than ever before. 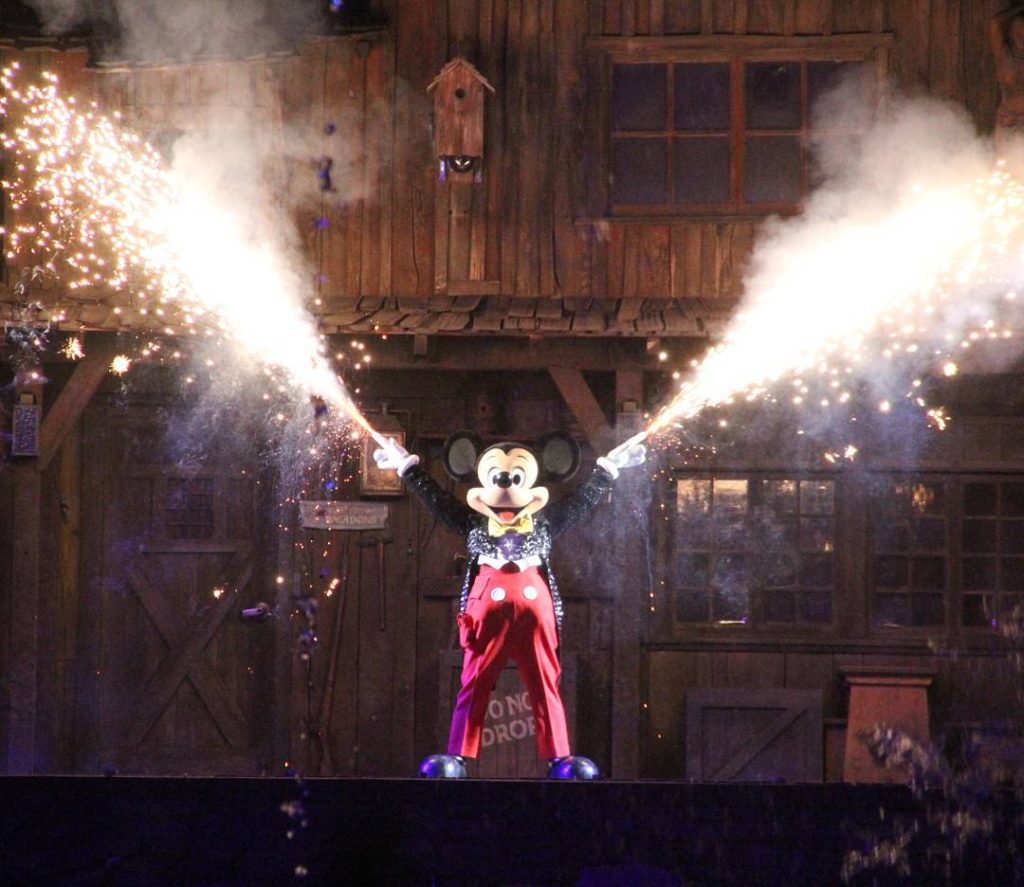 In addition to the return of “Fantasmic!”, the beloved Main Street Electrical Parade continues nightly performances in Disneyland through Aug. 20, featuring such favorite scenes as Cinderella’s ball, the appearance (and disappearance) of Elliot, the smoke-breathing, tail-wagging “Pete’s Dragon,” and the glittering “To Honor America” finale.