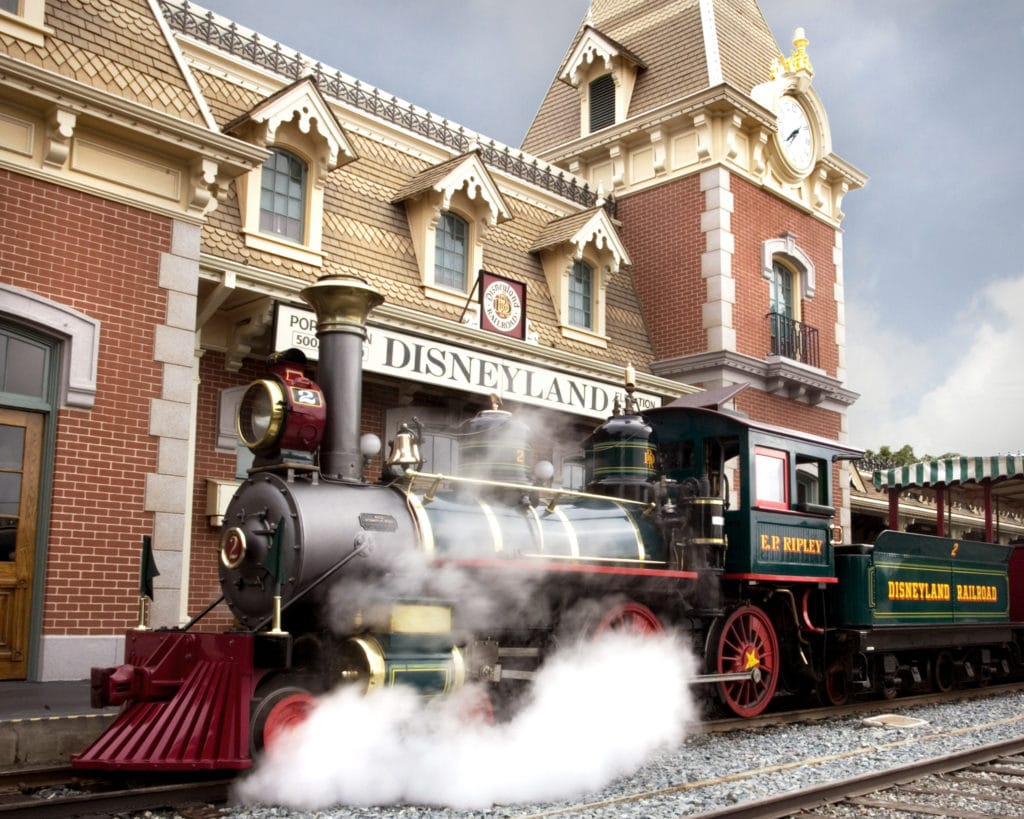 The Disneyland Railroad, one of the park’s original attractions, returns with its iconic steam-powered locomotives for new adventures. The Disneyland Railroad will now travel across the rocks on a trestle that extends out into the Rivers of America, and for the first time ever it will make a left-hand turn on its tour of the park. Along the way, guests will enjoy a view of Walt Disney’s legendary Dioramas of the Grand Canyon and Primeval World, which have been carefully restored to their original splendor with a bit of new magic added to both.

Guests on board the Disneyland Railroad also will discover a breathtaking new view along the north bank of Rivers of America. A gorgeous new Columbia Gorge section highlighted by five new picturesque waterfalls can be seen from the trains as well as from the Mark Twain Riverboat, Sailing Ship Columbia and Davy Crockett Explorer Canoes. This new adventure complements the scenes guests have come to know and cherish through the years. Landscapes inspired by four of America’s majestic rivers–the Mississippi, the Columbia, the Missouri and the Rio Grande–are carefully recreated, complete with indigenous rock formations, natural forests and wildlife, and the waterfalls.

In addition to the return of the Disneyland Railroaid, the beloved Main Street Electrical Parade continues nightly performances in Disneyland through Aug. 20, featuring such favorite scenes as Cinderella’s ball, the appearance (and disappearance) of Elliot, the smoke-breathing, tail-wagging “Pete’s Dragon,” and the glittering “To Honor America” finale.