The summer can’t come quick enough for fans of Fantasmic!! over at Disneyland Resort. According to Disney Parks blog, Rivers of America will again soon host this Nighttime Spectacular. Along with the debut of Happily Ever After at Magic Kingdom Park, the Walt Disney Company released concept of art of the new and improved Fantasmic!!. 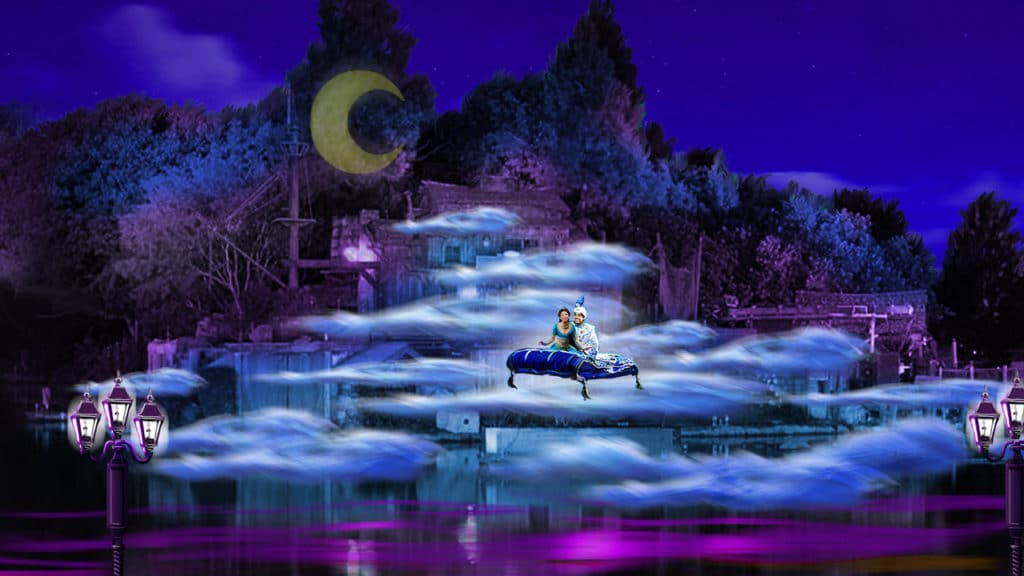 This new version of the show that made its debut 25 years ago will have new scenes inspired by Disney animated classics such as “Aladdin”; one of the dazzling new scenes finds Aladdin and Jasmine floating over a bed of fog on their flying carpet during “A Whole New World.”.

An actual date of when Fantasmic!! will return hasn’t been announced, but it can’t be long now.