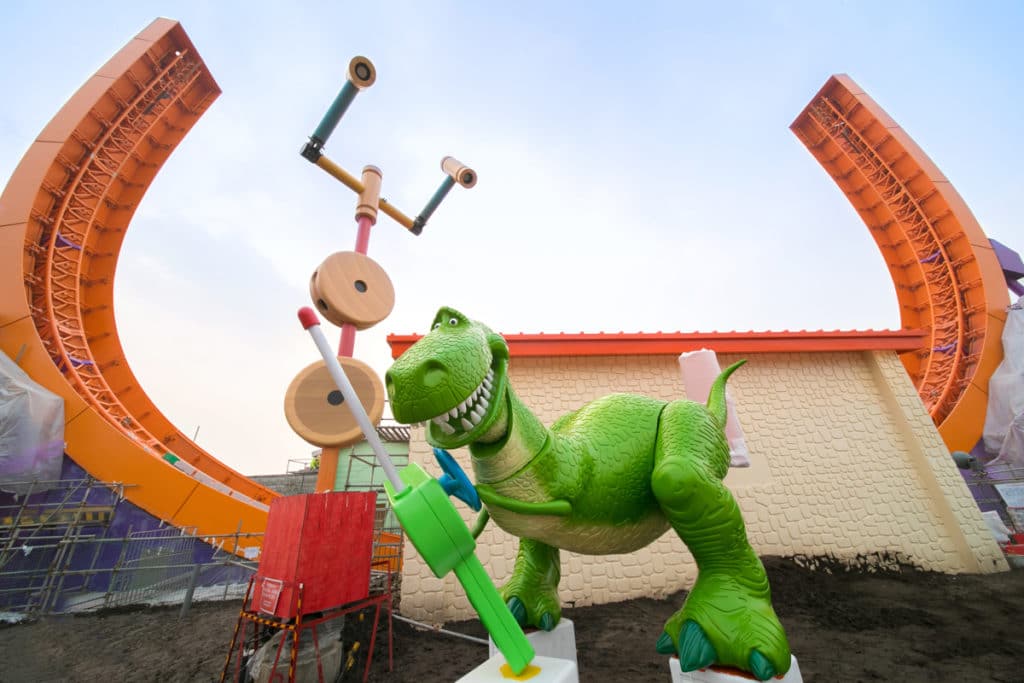 Rex’s Racer is one of the three major attractions coming to Disney-Pixar Toy Story Land, which is the first post-opening project of Shanghai Disney Resort and will become the theme park’s seventh themed land. Guests visiting Disney-Pixar Toy Story Land will feel as if they’ve been shrunk down to the size of their favorite Toy Story toys for laughter and fun with family and friends in the backyard of Andy, the boy from the hit films. Woody, Buzz and their Toy Story friends will come to life and play in this fully immersive land. After opening, Rex, Andy’s insecure Tyrannosaurus toy, will invite guests to climb into RC Racer for a thrilling ride on the U-shaped track with help from his Triceratops friend, Trixie. With Rex at the controls, RC Racer, with guests aboard, zips forward and backward at ever increasing heights and exhilarating speed. 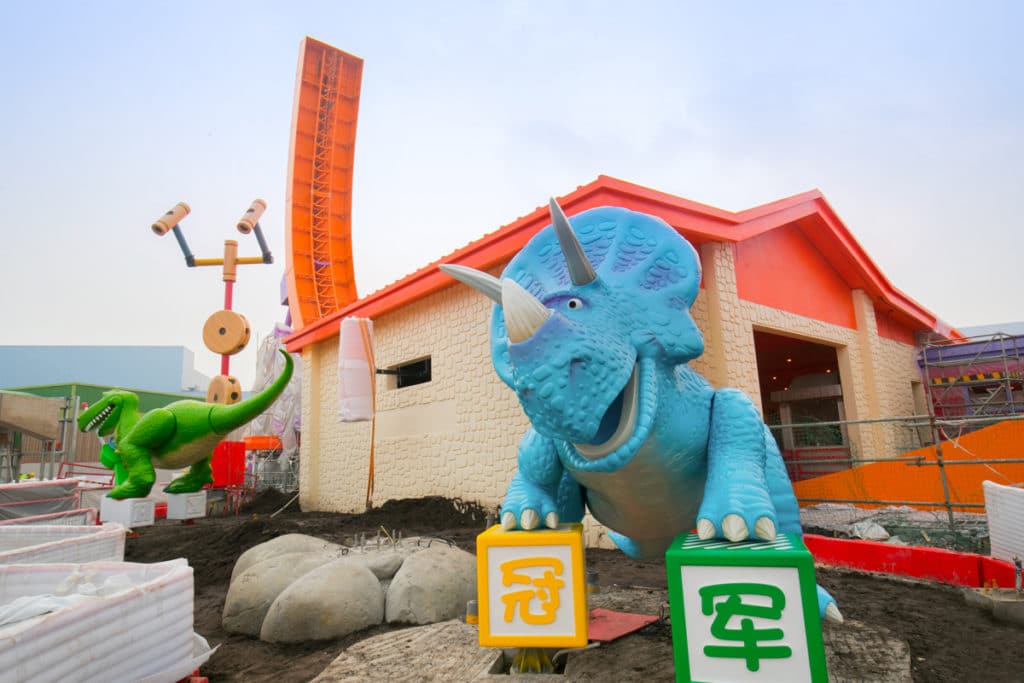 The other two attractions, Slinky Dog Spin and Woody’s Round-Up, will allow guests to take a seat inside Slinky Dog’s springy spirals and race around a wavy roundabout, or climb aboard the carts pulled by a herd of ponies rounded up by Sheriff Woody. As the ponies start a little square dance, they will swing their carts to and fro in time to the lively music. The new themed land will also feature a uniquely themed character greeting area, Meeting Post, and immersive shopping and dining experiences, Al’s Toy Barn and Toy Box Café.

Walt Disney World Resort is working on its own Toy Story Land which is set to open later this year.