Disney has released more concept art of Pixar Pier. Giving us even more details on what to expect when Pixar Pier.

We got a first look of Jessie’s Critter Carousel. Not only do we have a good idea how this ride will look like, but we also got a close-up of the 56 friends guests can saddle up and ride on.

The place to go for frozen treats is Adorable Snowman Frosted Treats. Inspired by the lovable and not-at-all-abominable monster from “Monsters, Inc.”. 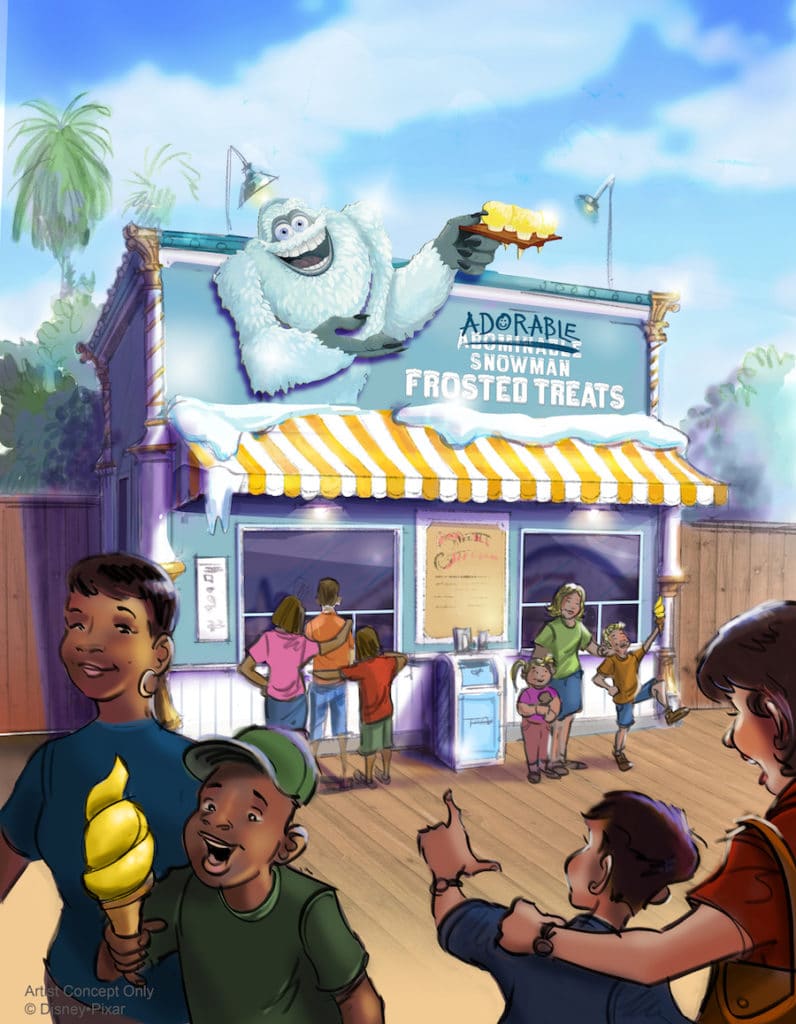 Head over to the Poultry Palace for a giant meal inspired by Pixar’s short, “Toy Story Toon: Small Fry”. The meal even comes with a Fun Meal Zurg. 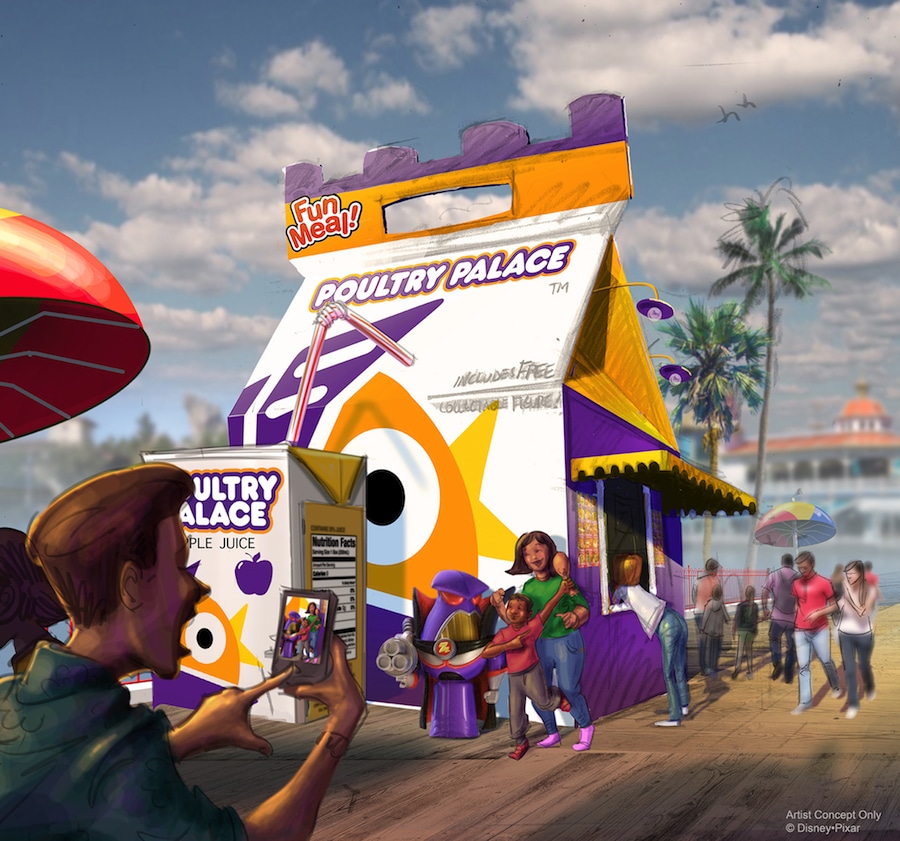 ¿Quieres un churro? Buzz Lightyear has switched into Spanish mode. So make sure you brush up on your language skills when you visit Señor Buzz Churros for this quintessential Disneyland Resort treat.

Looking for a hot dog? Angry Dogs got you covered. This food stand is the perfect place for Anger from “Inside Out.” The more he burns with rage, the hotter the dogs get! 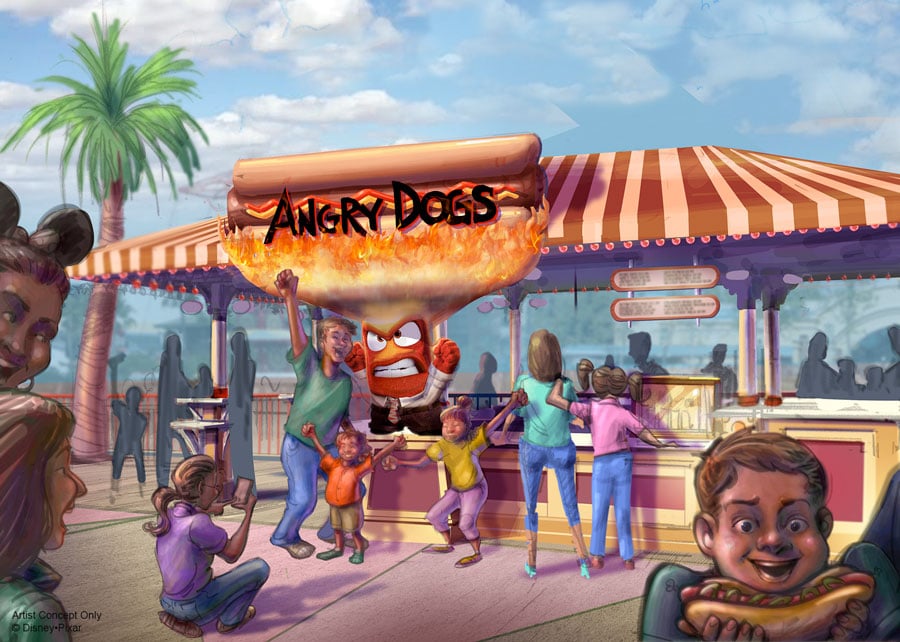 On April 13, Pixar Fest will come to Disneyland Resort for a limited time. Pixar Pier is set to open on June 23 with some offerings opening later in 2018 and 2019.