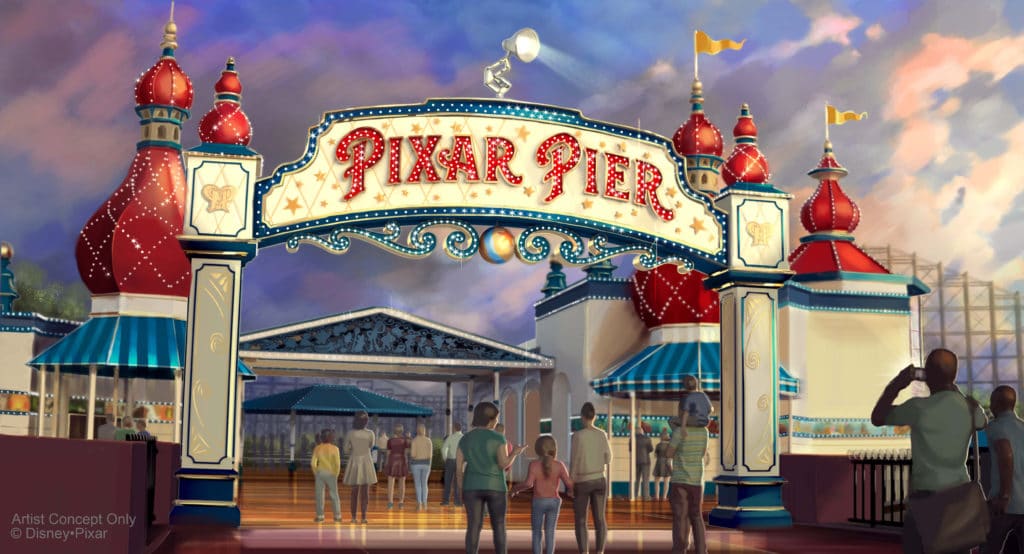 The new Incredicoaster is situated in the new land’s first neighborhood, which is inspired by “The Incredibles.” New character moments, scenes, special effects and a musical score will connect the attraction’s story to “Incredibles 2,” which opens in theaters June 15, 2018. A second neighborhood at Pixar Pier will be inspired by “Toy Story” around the popular Toy Story Mania! attraction.

The third new neighborhood will be inspired by “Inside Out” and will feature an “Inside Out” attraction, scheduled to open at a later date. The fourth new neighborhood will celebrate a collection of Pixar stories. Mickey’s Fun Wheel will transform into a newly-themed Pixar attraction, allowing guests to enjoy the beautiful sights of Pixar Pier from 24 new gondolas that will feature beloved Pixar pals. The midway games will also be inspired by Pixar characters, including favorites from “A Bug’s Life,” “La Luna” and “WALL·E”.

Additionally, what was formerly Ariel’s Grotto restaurant and the Cove Bar will be transformed into a Pixar-themed lounge, offering sparkling views of Paradise Bay and the new Pixar Pier.