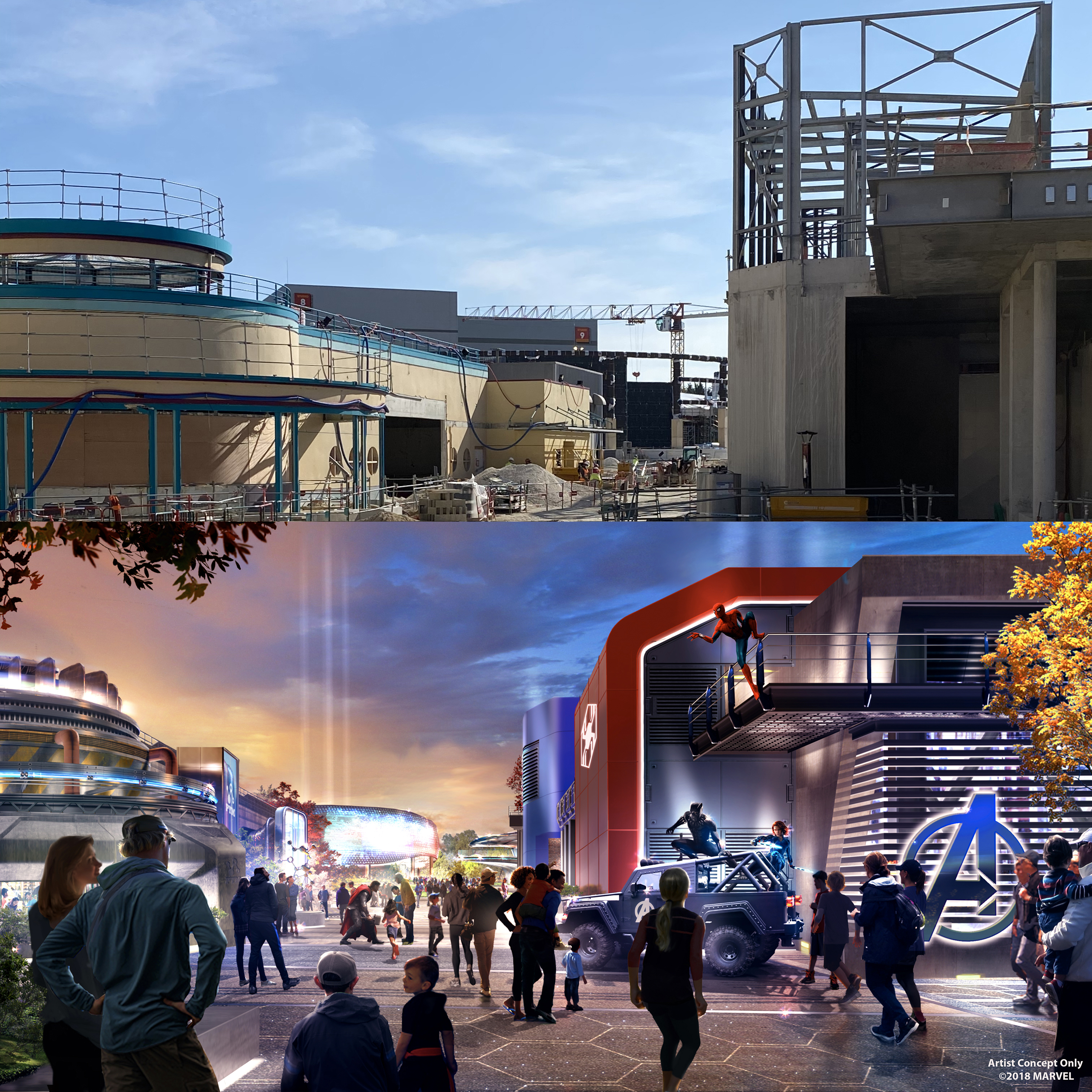 While the pandemic caused the resort to close several times, the team of Imagineers have been able to continue their works. In the front we can see the new building which is on the spot of Armageddon and which will be come the Spider-Man web slinger, and on the left we see the old building of Restaurant des Stars currently being renovated to become Pym Test Kitchen and some other Food and Beverage options. In the back we can see a crane on the site which should become the Iron Man Coaster which replaces Rock ‘n’ Roller Coaster.