From from January 11 through March 19, 2018 Tokyo DisneySea will be host to Pixar Playtime. This event takes place for the first time this year. During the event guests will have the opportunity to meet their favorite Pixar characters and enjoy themed entertainment. 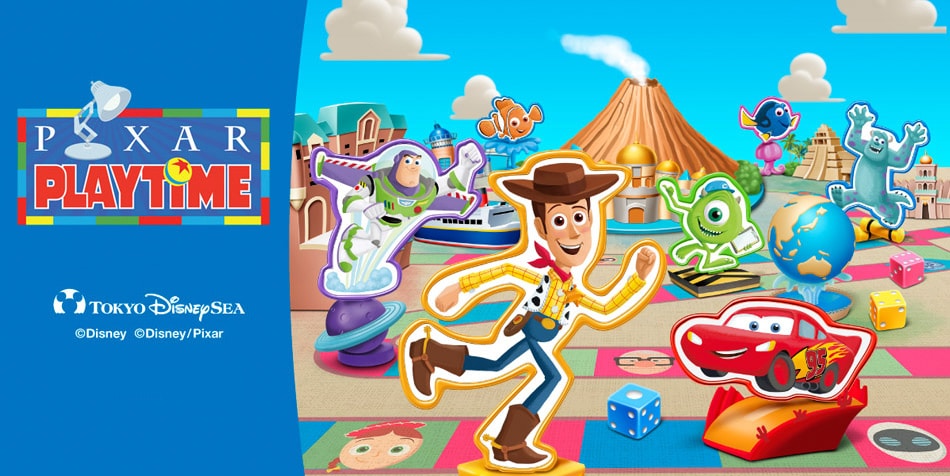 Several times a day guests can enjoy Pixar themed entertainment. Make sure to grab a program or use the mobile app to get the latest and greatest on showtimes.

The show “Pixar Playtime Pals” presented at Piazza Topolino gathers all your favorite Disney・Pixar Characters to play fun games with all guests. The challenge is to complete three games inspired by the Toy Story film series, The Incredibles and the Finding Nemo film series. When all the games are successfully completed, lots of Disney・Pixar Characters show up and raise the level of excitement. 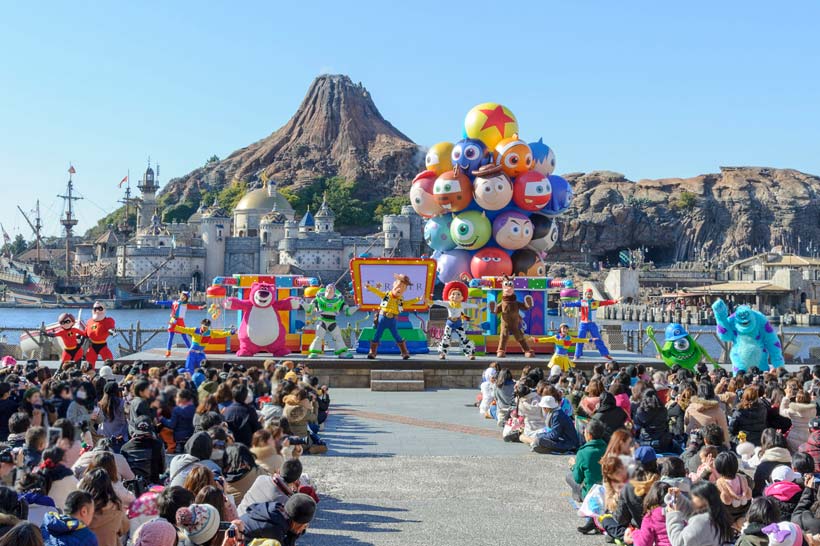 The following characters will participate in “Pixar Playtime Pals”:

The American Waterfront is a perfect place for a victory lap, and during “Pixar Playtime” you will see Lightning McQueen make this lap. At his signal, the “drive” through American Waterfront starts. In the latter part of the program, the music builds up and creates a festival mood. A checkered flag waves to mark when the goal is reached. 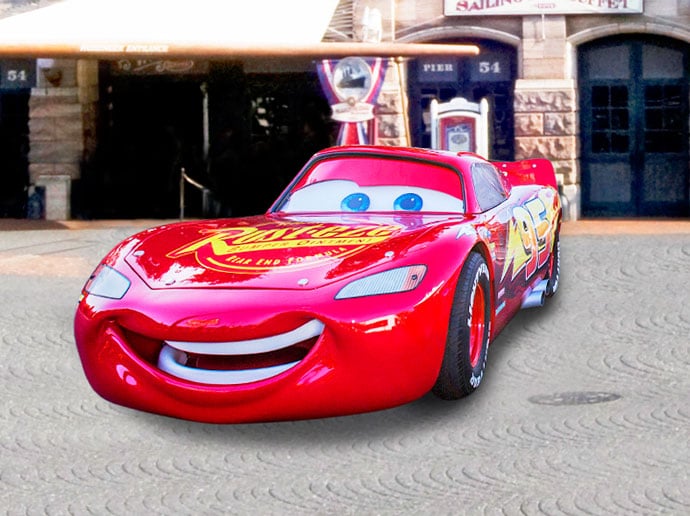 Bonjour Mes Amis! En-direct from Paris, Chef Remy has opened a pop-up restaurant in the Mediterranean Harbor. While a cheerful waiter and chef-in-training try to prepare a special full-course meal, Chef Remy shows up to save the day. Following Remy’s directions, the guests “cook” happily together with the chef-in-training and through everyone’s cooperation produce a special French meal.

Disney-Pixar Characters board the DisneySea Transit Steamer Line as a way to play together
and greet Guests who are enjoying the “Pixar Playtime”. 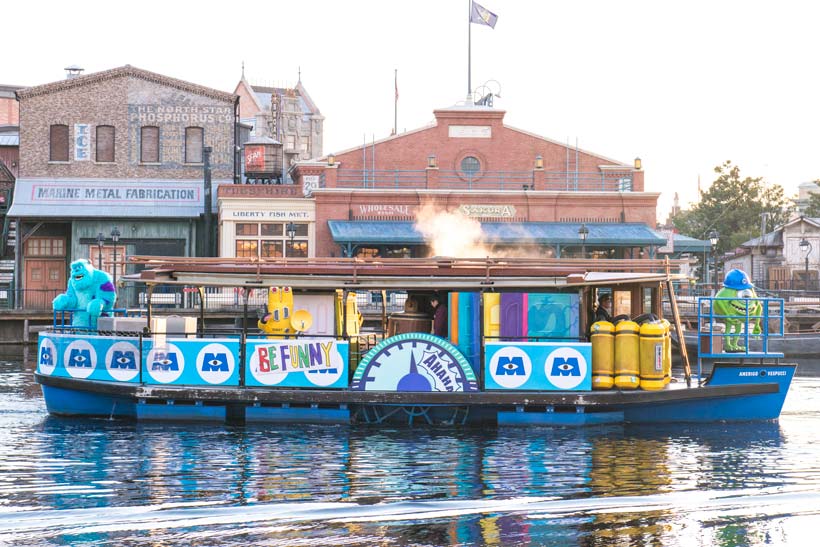 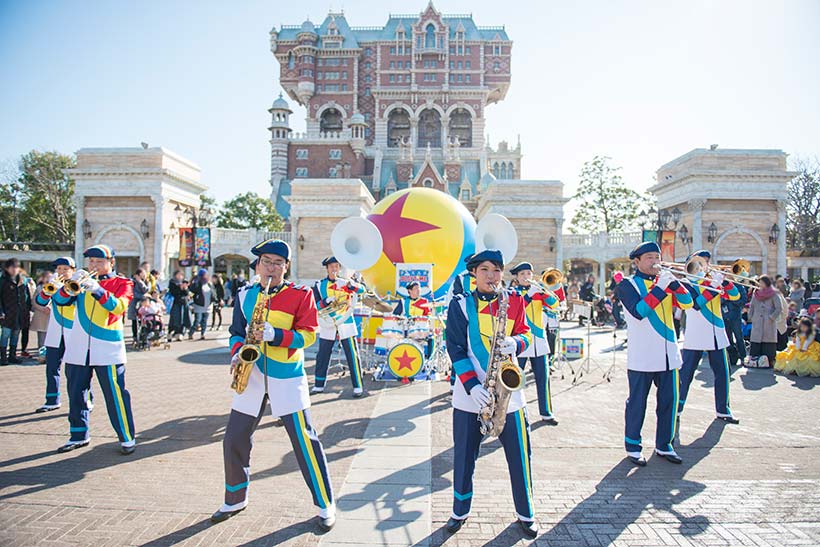 Guests will be immersed in the world of Disney-Pixar films through the decorations around the Park. Waterfront Park in the New York area of American Waterfront will be transformed into a symbolic board game with the pavement decorated to look like the colorful squares of a game board. 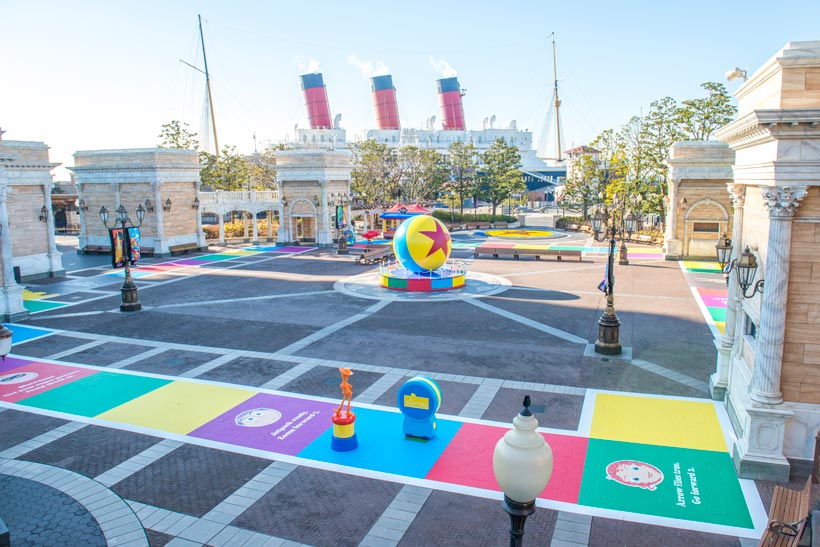 In several areas within Tokyo DisneySea, interactive decorations in the form of game booths will be set up. Guests can help change Lightning McQueen’s tires or help Remy, who loves to cook, finish up preparing his dish. By working together with friends and family, Guests will be able to successfully complete the various games.

With designs featuring the board game theme of “Pixar Playtime,” about 50 different types of special merchandise will be offered for the special event. Among the available items will be T-shirts and ballpoint pens with designs showing game pieces representing many of the Disney-Pixar Characters, pass cases in the shape of spin wheels, key chains with a slot machine design and other items that can be enjoyed together with friends. 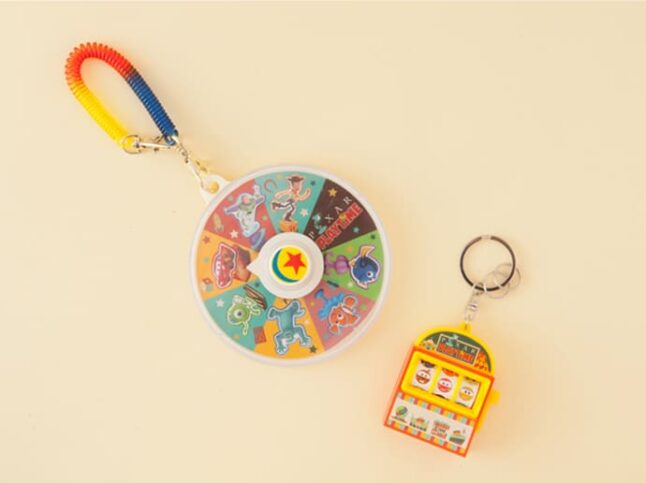 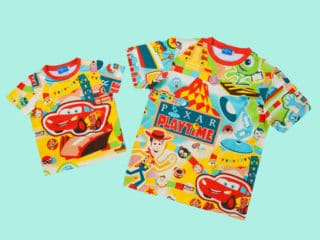 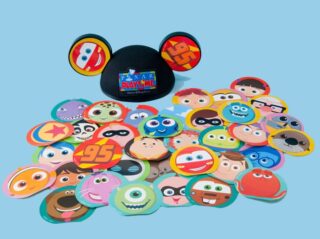 There will also be ear caps with the “Pixar Playtime” logo and stickers that guests can affix on the ears of the cap to create their very own customized product. The stickers, sold separately, come in 36 different designs so Guests can choose their favorite design and enjoy creating matching hats with their friends and family.

Guests will be able to enjoy menu items themed to the world of Disney-Pixar at restaurants around the Park. Cafe Portofino, Yucatan Base Camp Grill and New York Deli will each serve special menus reflecting their unique take on the event. An easy-to-eat-while-walking item inspired by Monsters, Inc. will be offered at Sultan’s Oasis. And Miguel’s El Dorado Cantina will serve a special menu inspired by the newest Disney-Pixar, Coco, which will be released in Japan on March 16, 2018. Guests will be able to get an early taste of that film’s world through this menu. In addition, menu items that come with souvenirs and mini snack cases will be available in designs inspired by the Disney-Pixar films. 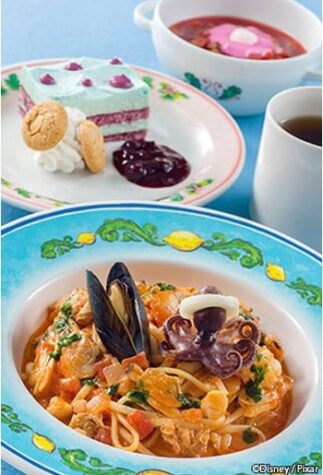 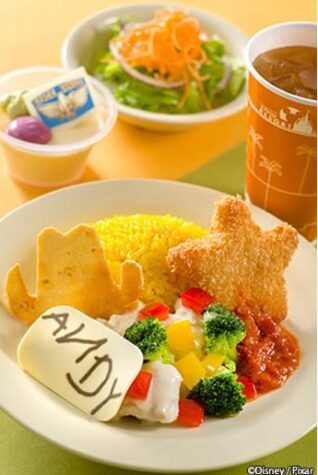 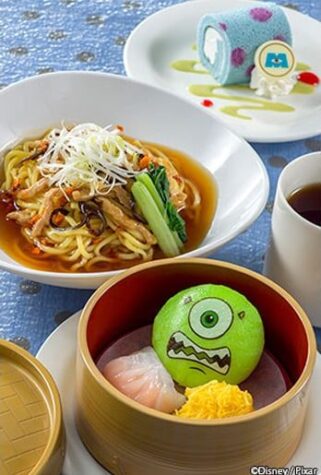 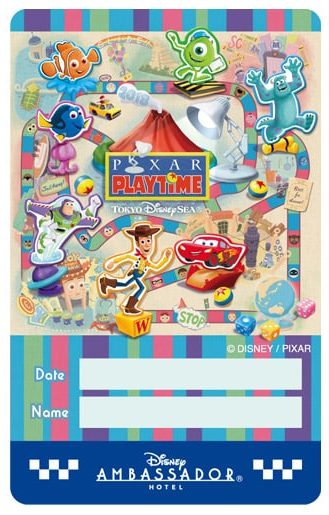 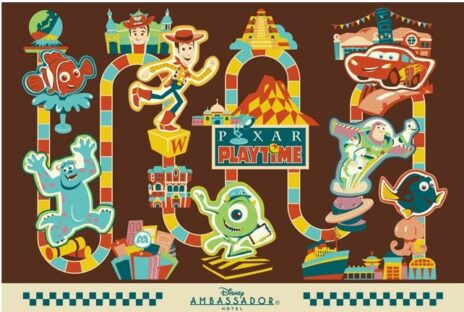 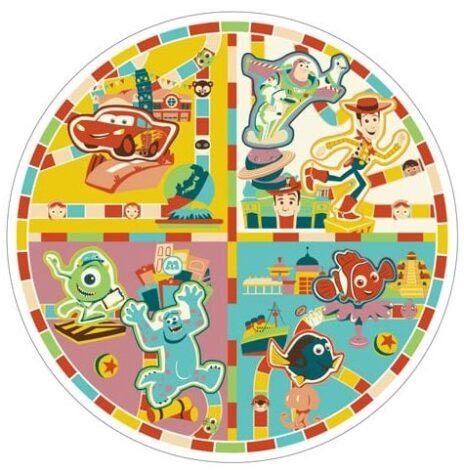 In addition, the hotel restaurants and lounge will serve special dishes inspired by the event as well as by the characters from the Disney-Pixar films.

On the Disney Resort Line, Guests can enjoy a ride on a “Pixar Playtime Liner” decorated
with designs of the characters from the Disney-Pixar films. Resort Gateway Station will
feature a photo location linked to the Tokyo DisneySea special event “Pixar Playtime”. 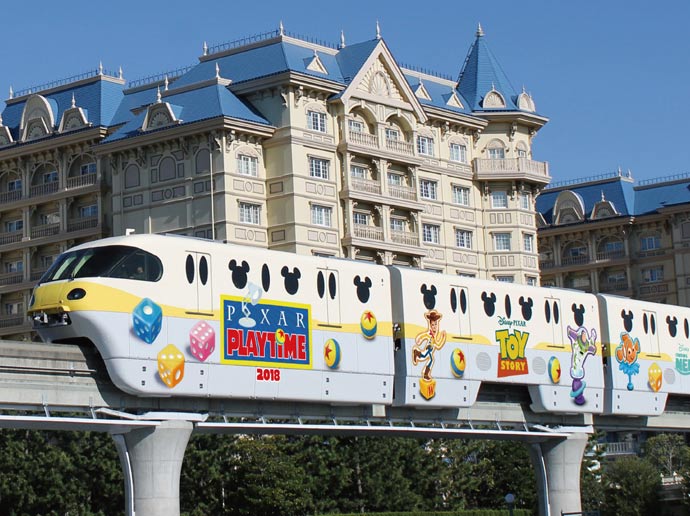