From January 11 to March 19 2018, Anna and Elsa will bring the world of Frozen with “Anna and Elsa’s Frozen Fantasy” to Tokyo Disneyland. Returning from last year, the park just can’t let it go.

Several times a day, guests can enjoy Frozen-themed entertainment. Make sure you grab a program at the turnstiles or use the mobile app to have the latest scheduled at hand.

During the event period, children ages 11 and younger will be able to receive a booklet which introduces ways to enjoy spending time at the park as Anna and Elsa from Frozen. This booklet will be distributed at Tokyo Disneyland, and at the three Disney hotels in Tokyo Disney Resort.

Unique to Tokyo Disneyland is the special Frozen Parade.  When Anna wishes she could play with everyone in the snow, Elsa uses her powers to make a magical snowfall! The parade comes to a spectacular finale as everyone dances in the falling snow to the music of “Let It Go.” This special parade combines music from the film’s most memorable scenes with a magical performance amidst falling snow. 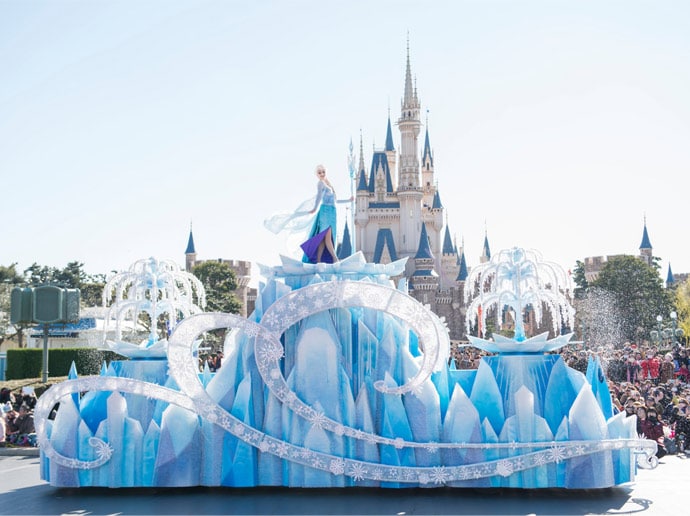 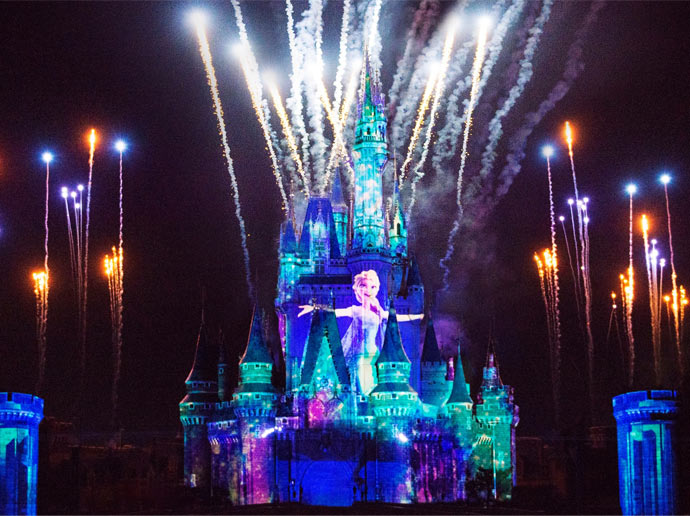 Once a day, Anna, Elsa and Olaf will greats guests at the Castle Forecourt. Participating children practice a song-and-dance routine with the villagers of Arendelle, which they then present as a gift to Anna, Elsa and Olaf when they arrive on a float. Anna and Elsa come off the float to greet the children, giving Guests an opportunity to spend some special time with the characters from the film. 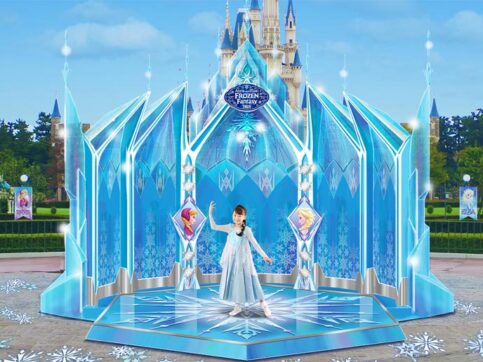 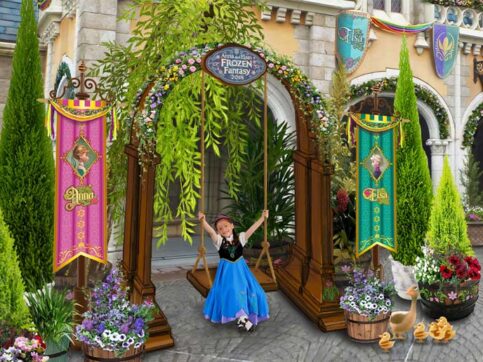 Again this year, a photo location of Anna and Elsa ice skating will be placed at the Plaza in front of Cinderella Castle, and in Fantasyland a photo location featuring Sven lets Guests climb aboard his sleigh and feel like they are part of the film.

Other areas in the Park will also be decked out for the event, including decorations in Fantasyland themed to the castle and courtyard of Arendelle. Guests can have fun looking for Snowgies (small snowmen that appeared in the short film Frozen Fever) hiding throughout the Park, and enjoy many other decorative touches that enhance the winter atmosphere during this special event period. 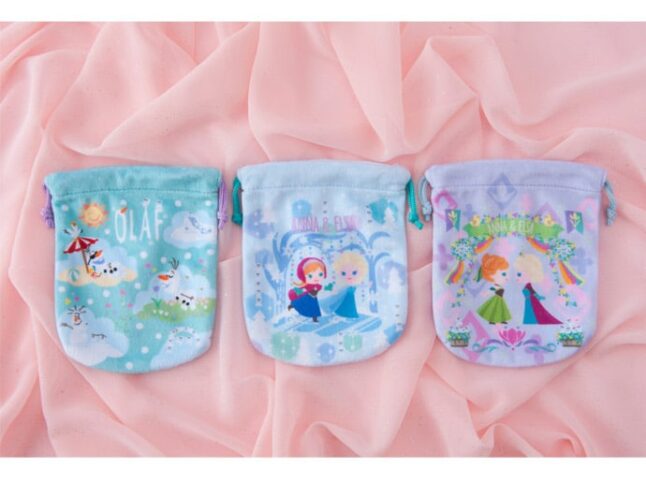 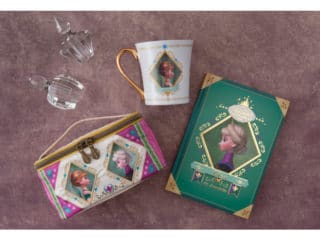 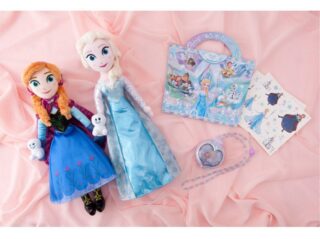 Sweetheart Cafe, Grandma Sara’s Kitchen and Refreshment Corner will offer special set menus inspired by the film Frozen, while at Plaza Pavilion Restaurant, Guests will find decorations and special dishes themed to Anna, Elsa and snow crystals. Offered again this year are bread cones inspired by Olaf, and white churros sprinkled with snow-like sugar. Also available are dishes that come with a souvenir featuring an Olaf motif, and desserts that come with a souvenir cup or souvenir plate having designs of Anna and Elsa. 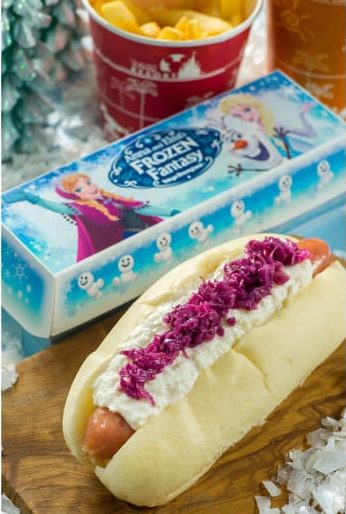 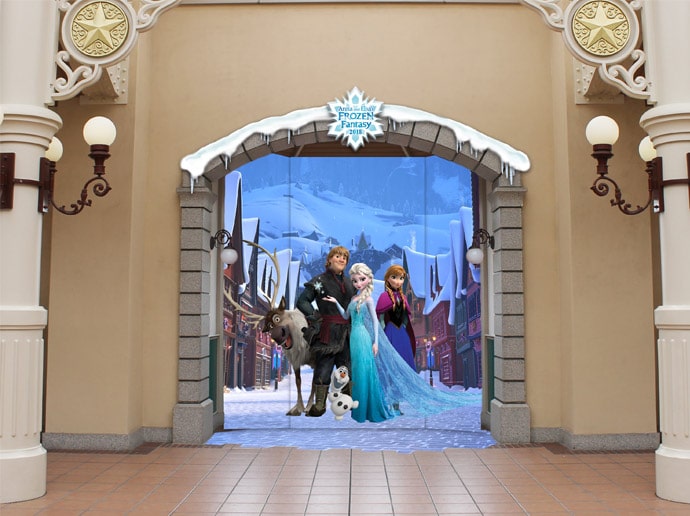