The Trains of Disneyland Paris

Continuing from our previous blog: Walt’s Passion for Trains. We continue what role trains play at Disney Parks. 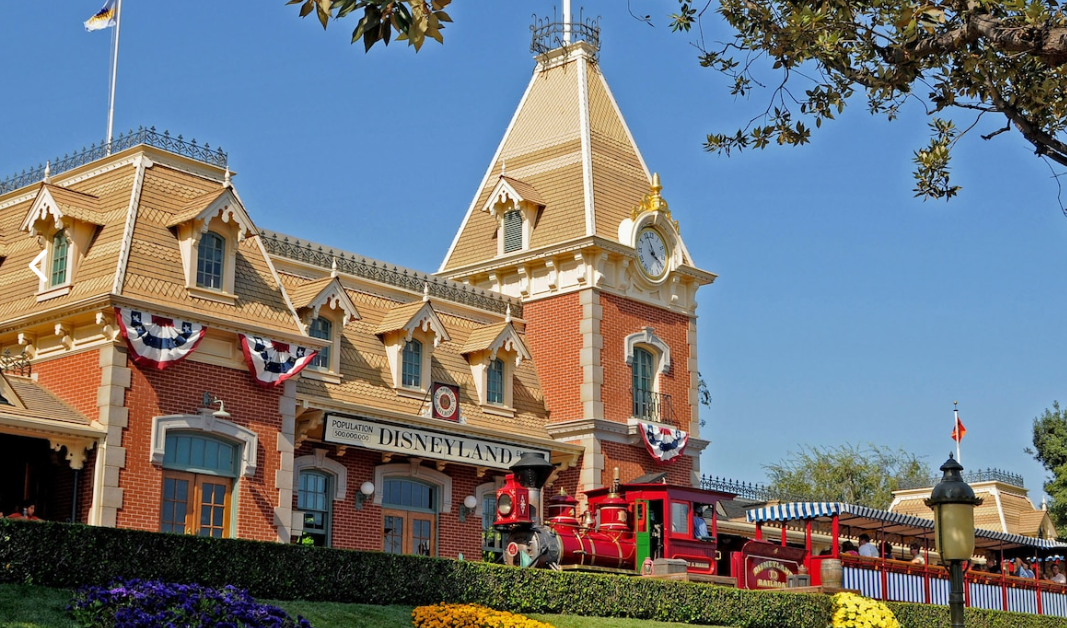 From one continent to another

Ever since 1955, when Disneyland Resort was built, steam trains have become an icon of Disney Parks around the world. On the one hand, found on Main Street, U.S.A. – their point of departure- they contribute to the nostalgia so dear to Walt and on the other, they offer an overview of the Park- circling around it- thereby defining the boundaries of the dream.

It was therefore natural that Disneyland Paris should have its own Disneyland Railroad.

To design it, Imagineer Eddie Sotto followed in Walt Disney’s footsteps, visiting the Henry Ford Museum in Dearborn – that Walt himself had visited during his 1948 stay in Chicago – as well as the California State Railroad Museum in Sacramento and the Travel Town Museum in Los Angeles. The four trains at Disneyland Paris were designed from the original Disneyland model, the C.K. Holliday. We know, due to the many references and information collected by the Imagineer during these visits, that the trains were remodelled and adapted to the specific needs and history of our European Park.

Each train consists of a 4-4-0 (“American”) locomotive, a “tender” – a special wagon containing the water and fuel needed to operate the engine – and five wagons, each one able to accommodate about 50 people. For the interior of the wagons, Imagineer Tony Baxter had the idea of arranging the benches in a U-shape, looking out on the side of the wagon and not one behind the other as is the case in other Disney Parks. This allows passengers to better appreciate the view, be it the different Disneyland Paris Lands or the Grand Canyon, which we will get to later. 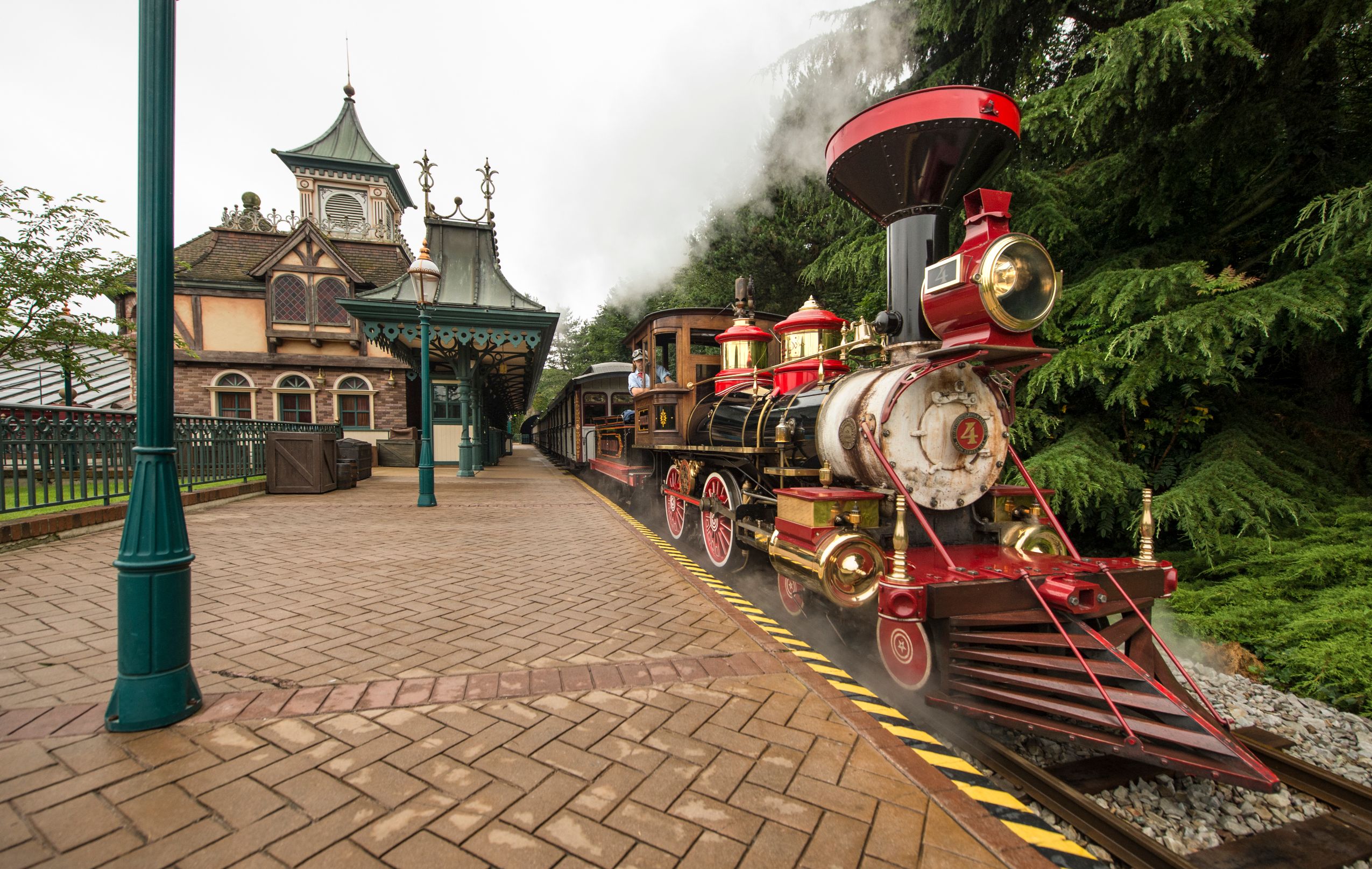 Each train has its own personality

Keeping in tradition with the various versions of the Disneyland Railroad and while referring to the history of America; nonetheless, each train has its own identity with specific designs and decorative elements. 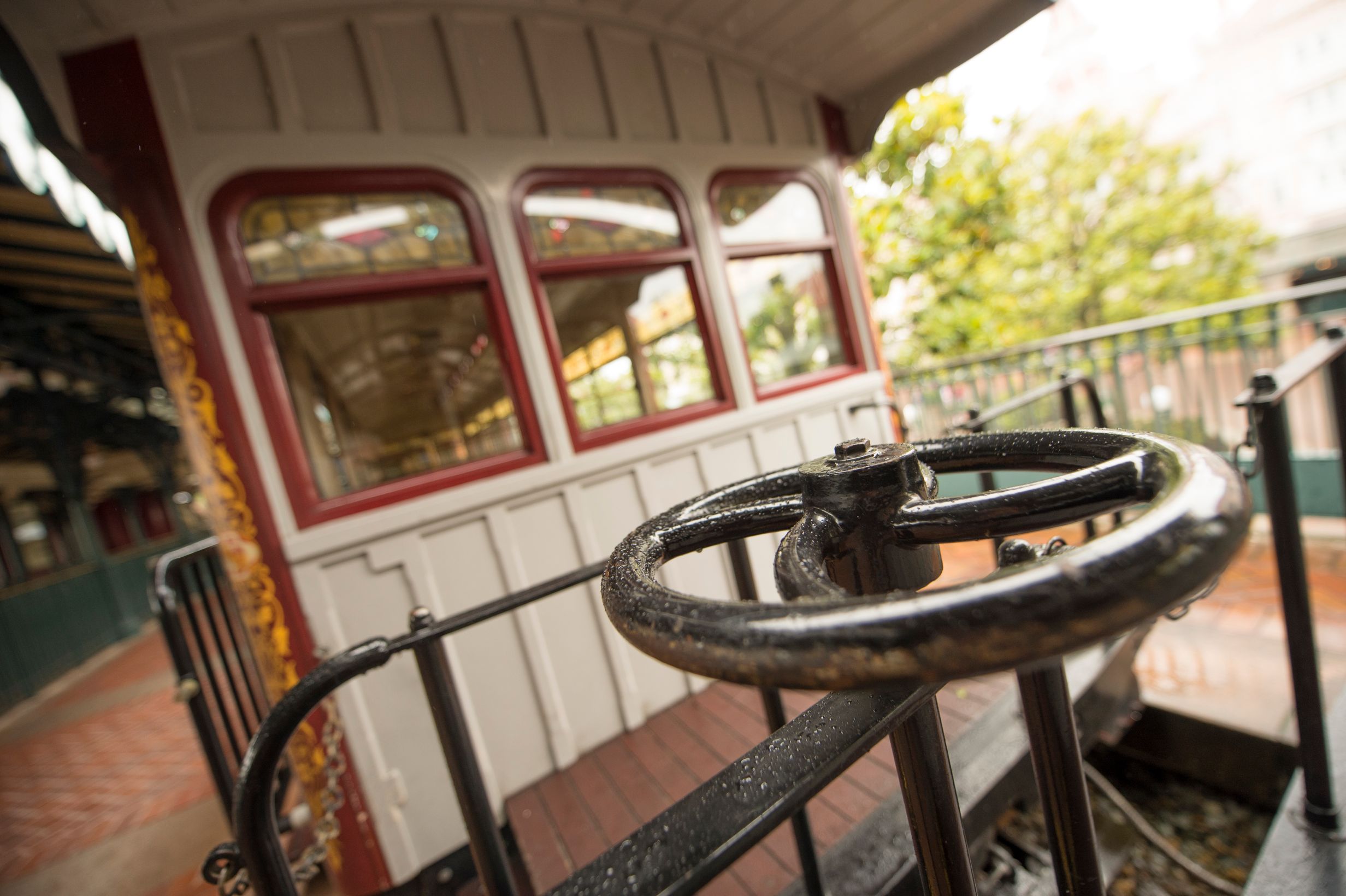 The first train designed by Eddie Sotto (even though it is No. 3), honors the first president of the United States, the G. Washington.

A “presidential” train, carefully decorated with a carved eagle, star motifs on the axes of the wheels and elegant stained-glass windows.

Locomotive No. 2, the C.K. Holliday, is named after the first steam engine in Disneyland. It is also the name of Colonel Cyrus Kurtz Holliday (1826-1900), founder of the Santa Fe Railroad, whom Walt knew well. Its features, and in particular its colors, stained glass and copper lamps, refer to the Victorian style of Main Street, U.S.A. 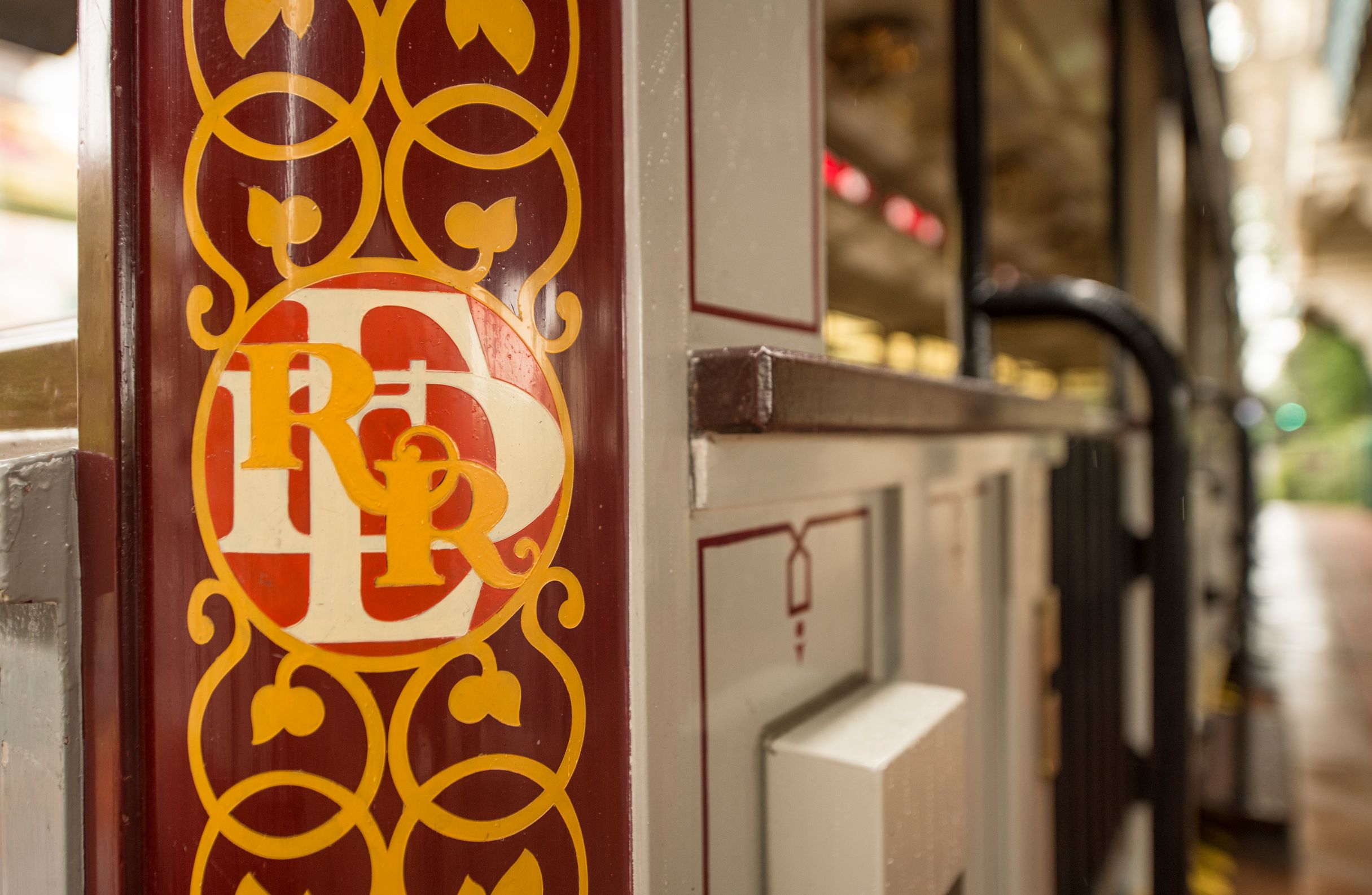 Locomotive No. 1 was inspired by the Lilly Belle. Built by Walt for his Holmby Hills home and named after his wife Lillian, it was the very first engine and in turn, became the model for the prototype train at the Disneyland Resort. The Disneyland Paris version is named W.F. Cody, paying homage to famous Buffalo Bill, whose real name was William Frederick Cody. Naturally so, you’ll find it at the Legends of the Wild West attraction in Frontierland. 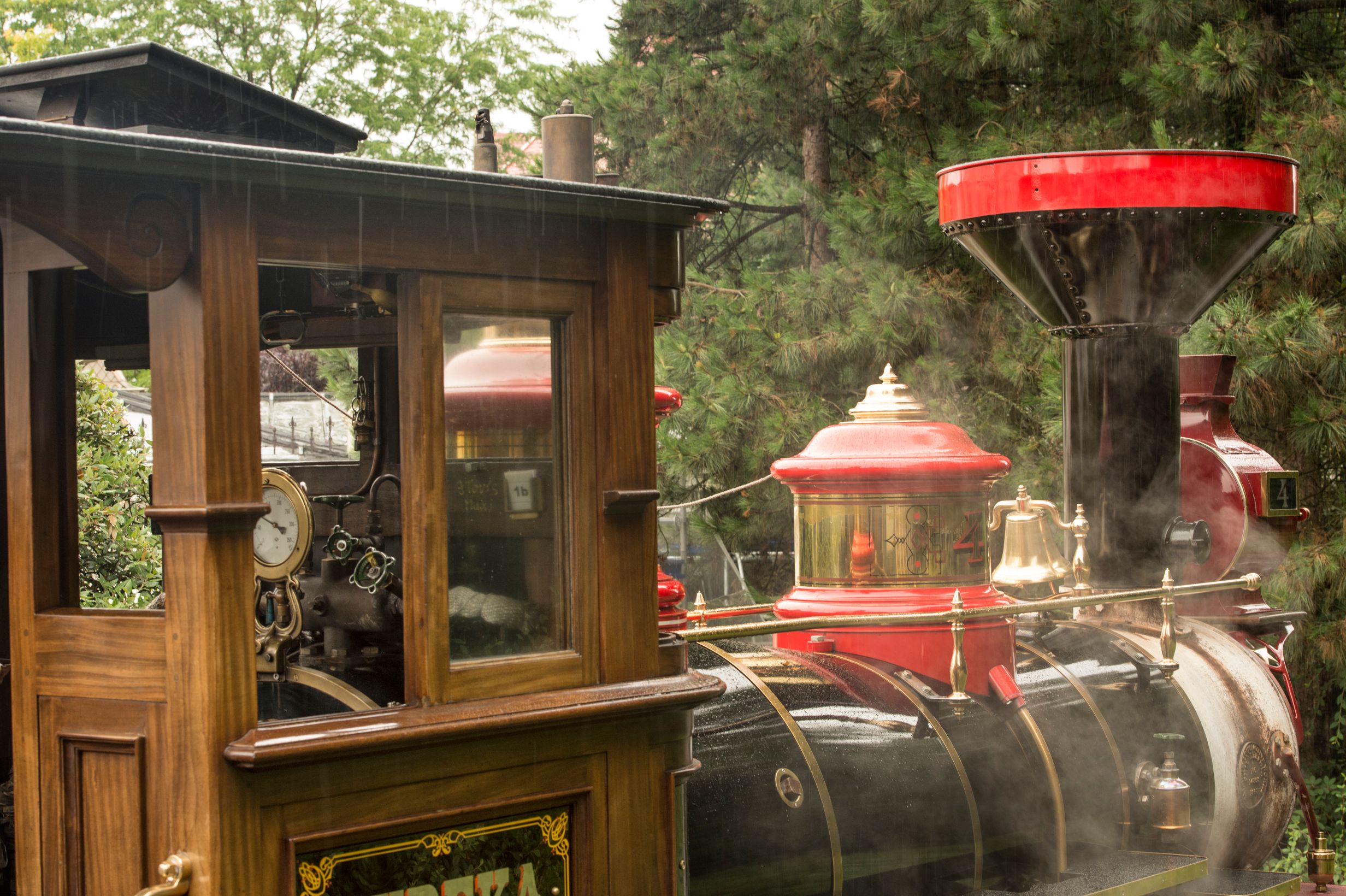 The last and latest machine, No. 4, owes its nickname “Eureka” (“I have found” in Greek) to the famous rallying cry of the “Forty-Niners” during the gold rush, as well as to the Greek scientist Archimedes when he discovered the principle, buoyant force, now bearing his name. The name thus links Frontierland to Discoveryland in an astoundingly catchy way. Note that when Euro Disneyland opened in 1992, only three trains were in operation, the G. Washington, the C.K. Holliday and the W.F. Cody and, the Park had only three stations: Main Street Station, Frontierland Depot and Fantasyland Station. Due to the success of the Park in general and the Disneyland Railroad in particular, a fourth station was put into service the following year, at Discoveryland, as well as a fourth train whose theme, and name Eureka, aptly reflects the spirit of discovery common to American pioneers and visionaries. 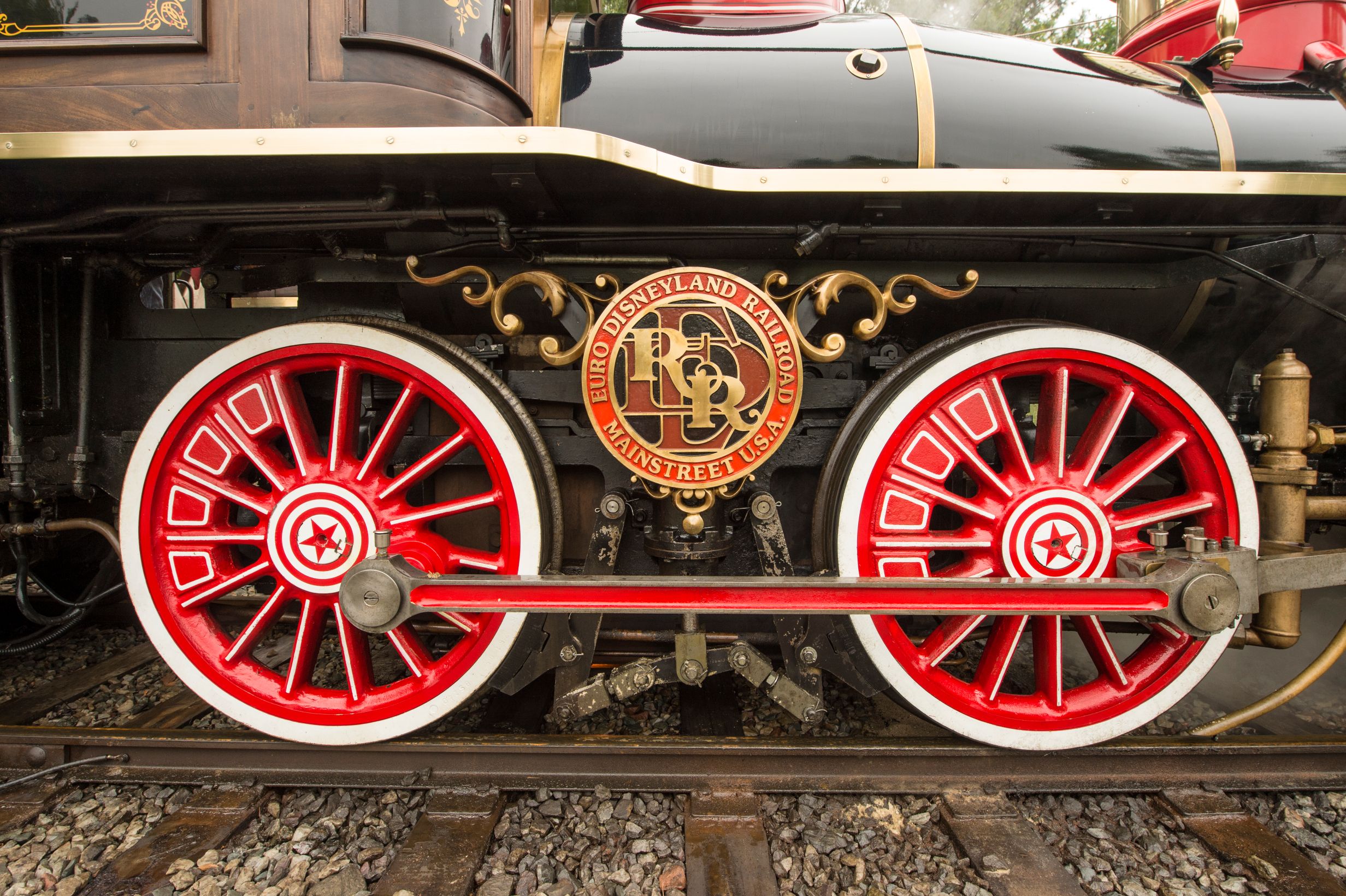