Earlier today the official Walt Disney World website showed a new nighttime show debuting at Disney’s Hollywood Studios. The information was quickly removed but not before WDWNT.com was able to grab a copy of it.

From November 9th through December 31st, 2017, guests can enjoy Sunset Boulevard as it is transformed into an unforgettable sight in the evenings. The billboards lining the tops of buildings on the boulevard will move and tell their own stories about the season with some memorable Disney characters, and even the Hollywood Tower Hotel (Twilight Zone Tower of Terror) will transform to tell the stories. 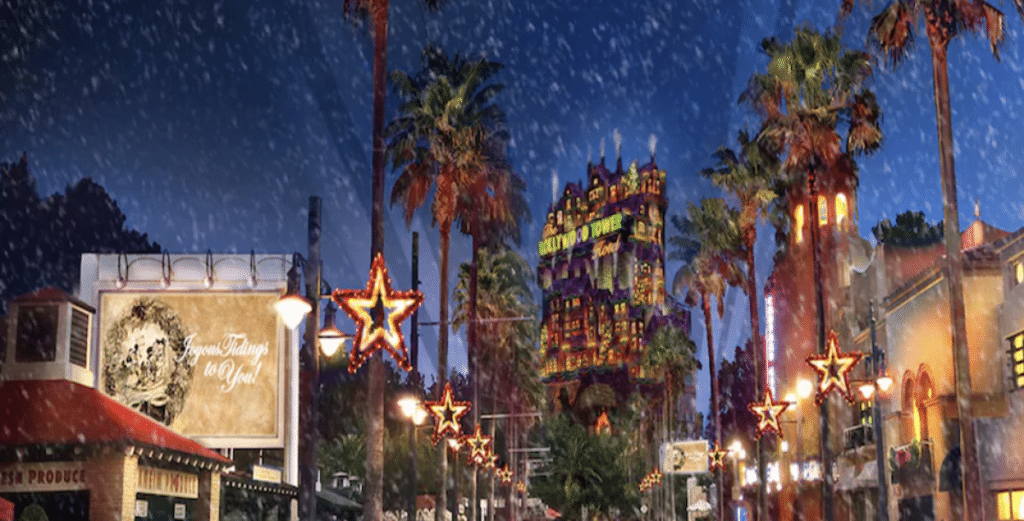 The Disney character moments will include: