Shanghai Disney Resort today presented a special charity show of the Mandarin production of the Broadway musical The Lion King, celebrating its first anniversary with a full house at the Walt Disney Grand Theater in Disneytown. The special event was planned in partnership with Shanghai Charity Foundation. The charity show is part of Shanghai Disney Resort’s long-term commitment to bring care and magic to support children and families in need in China. 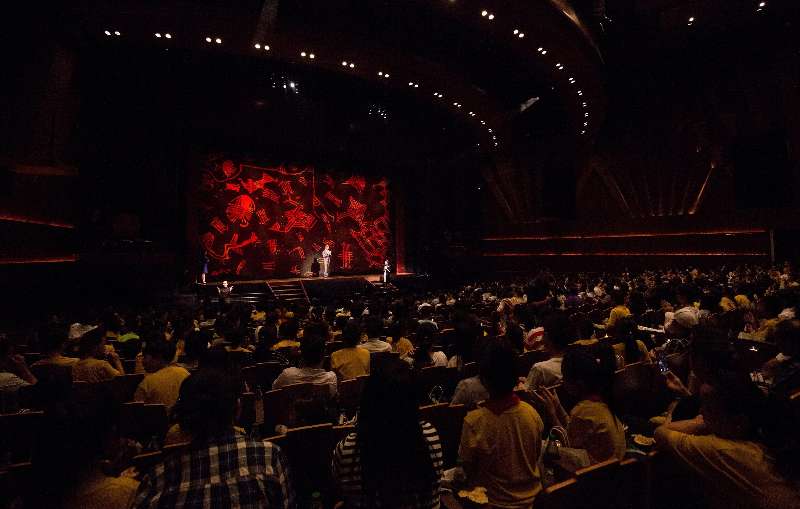 “We are delighted to create unforgettable memories for these children and inspire their confidence and courage to continuously strive for a better tomorrow,” said Philippe Gas, general manager of Shanghai Disney Resort. “Since 2012, Shanghai Disney Resort has been committed to being a valuable community partner and active corporate citizen. This special showing of The Lion King is one more way we can demonstrate how thankful we are to be a part of Shanghai as our VoluntEARS give back to this vibrant city.”

Since the premiere of the mandarin version of The Lion King as Disney’s landmark musical event during the grand opening of Shanghai Disney Resort last June, this highly-acclaimed musical has resonated deeply with Chinese audiences and is one of the longest-running Broadway shows ever in China.

The show tells the story of the brave and optimistic young lion Simba, who fearlessly fights to save the lives of many in his kingdom. The story is told through immersive show elements, including intricately designed masks and puppets, delighting and inspiring many in the audience who face challenges in their lives.