Woody, Buzz and all of their Toy Story friends will soon be entertaining guests at an all-new land of their own in Mainland China. One of The Walt Disney Company’s most popular franchises will have an even bigger presence at Shanghai Disney Resort’s theme park, Shanghai Disneyland, when the park opens its 7th themed land.

Leadership from the joint venture’s two shareholders, The Walt Disney Company and the Shanghai Shendi Group, recently broke ground on the new themed land, in a sign of their confidence in the growing consumer demand for themed entertainment in China, and as a clear sign of the early success of Shanghai Disney Resort. 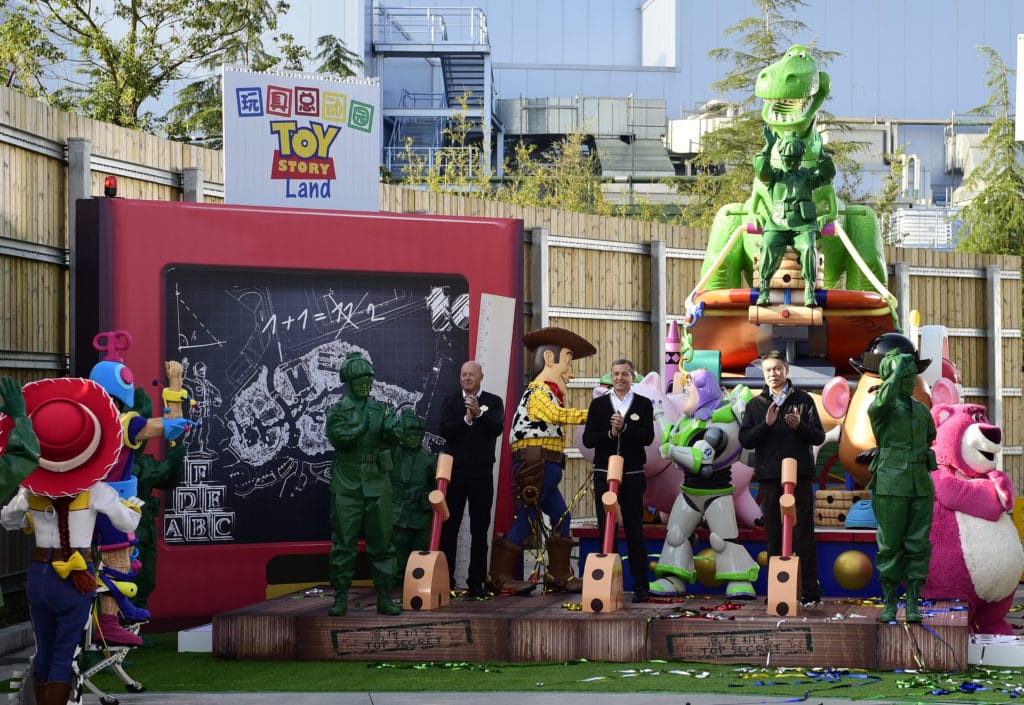 “We couldn’t be more pleased with Shanghai Disneyland’s first four months of operation and couldn’t be more excited about our future in mainland China,” said Bob Chapek, chairman of Walt Disney Parks and Resorts. “We’re demonstrating our confidence by breaking ground on a new Toy Story Land that will be both authentically Disney and distinctly Chinese, delighting our guests for years to come.”

Toy Story Land will be a high-spirited, colorful world where guests will enter the backyard of Andy, the boy from the movies, and will feel as if they’ve been shrunk down to the size of their favorite Toy Story toys for laughter and fun. The toys come to life and play in a fully immersive land with three new attractions and a uniquely themed character greeting area.

Excited about the future

“Since its opening in June this year, Shanghai Disneyland’s operation has run smoothly and our guests have been very enthusiastic. We have received positive feedback from the entire society – all of which makes us excited about the future,” said Fan Xiping, chairman of Shanghai Shendi Group. “The newly announced Toy Story Land is part of the accelerated expansion plan for the first phase of the theme park. Both shareholders will continue to launch more new experiences to meet the needs of our guests from China and all over the world.”

Characters and stories from the Toy Story franchise have strongly resonated with Chinese guests. Shanghai Disney Resort has the only Toy Story-themed resort hotel in the world, and Shanghai Disneyland also has the popular Buzz Lightyear Planet Rescue attraction, a guest favorite which features the most advanced Buzz Lightyear targeting system at any Disney Park in the world.

“Walt Disney once said that Disneyland, and by extension, all of our theme parks, would never be complete, that they would continue to grow as long as there is imagination in the world,” said Philippe Gas, general manager of Shanghai Disney Resort. “We are so excited to bring this same sense of imagination and optimism to Shanghai and look forward to growing our resort together with our guests in China. This is a great time to visit Shanghai Disney Resort and experience the magic of Disney.”

The new Toy Story Land, with unique attractions and experiences guests can only have at Shanghai Disneyland, is set to open in 2018.