From March 29 to April 15, 2018, the Walt Disney Grand Theatre in Disneytown will host the Disney Magical Film Festival, featuring two beloved Disney and Disney•Pixar animated films – Frozen and Toy Story 3, together with exciting pre-shows that make for a fun and immersive new entertainment experience for Shanghai Disney Resort guests. 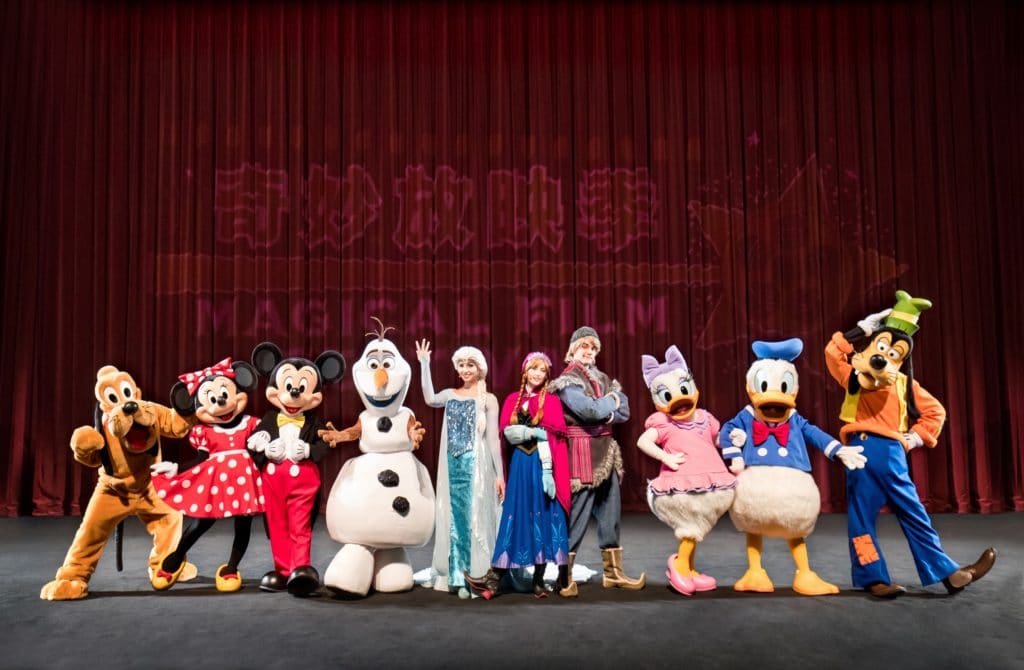 During the Disney Magical Film Festival, both films will be presented in stunning 3-D, and before each of the screenings, a host of entertainers plus Mickey and pals will appear on the stage to deliver memorable performances with magical effects to kick off the unique film experience.

In celebration of Shanghai’s emergence from the cold of winter, and the arrival of spring, from March 29 to April 1, film festival guests will be able to re-visit the Kingdom of Arendelle at the Frozen screenings. Before the film, guests will have the chance to see Anna and Elsa and witness a magical snow surprise, experiencing the story like never before.

Then, on selected dates from April 5 to 15, subject to the screening calendar, guests will be transported back to Sunnyside Daycare as they enjoy Toy Story 3 just meters away from the exciting new themed land, the soon-to-open Disney•Pixar Toy Story Land. Before each screening, guests will be able to meet Woody, Buzz and their Toy Story friends to share in the fun and imagination.

The new interactive film screenings will add a fresh element of entertainment for guests coming to the theme park, or making a dedicated trip to Disneytown, immersing them into the beloved Disney and Disney•Pixar stories. Guests can also find Frozen and Toy Story themed merchandise available for purchase in the lobby of the Walt Disney Grand Theatre.

Located adjacent to Shanghai Disneyland, Disneytown is a shopping, dining and entertainment district for guests to connect with family and friends while enjoying the magic of Disney. With the allure of a charming village and the excitement of an international crossroads, Disneytown offers guests a vast assortment of stores and restaurants to meet their every taste. Nestled at the intersection Broadway Plaza and Broadway Boulevard, Disneytown’s Walt Disney Grand Theatre was home to the first-ever Mandarin stage production of the hit Broadway musical, THE LION KING, and will present another award-winning hit Broadway musical, Disney’s Beauty and the Beast, in Mandarin starting this summer.