After just one year of operations, Shanghai Disney Resort has been recognized with a prestigious award for its success as a leading employer in China. The resort was named 2017 China Best Employer by the leading international human resources firm AON Hewitt, demonstrating the resort’s achievement in building a team of talented, passionate, and committed employees – known at Disney as “Cast Members,” and delivering on its commitment to be an employer of choice in China. 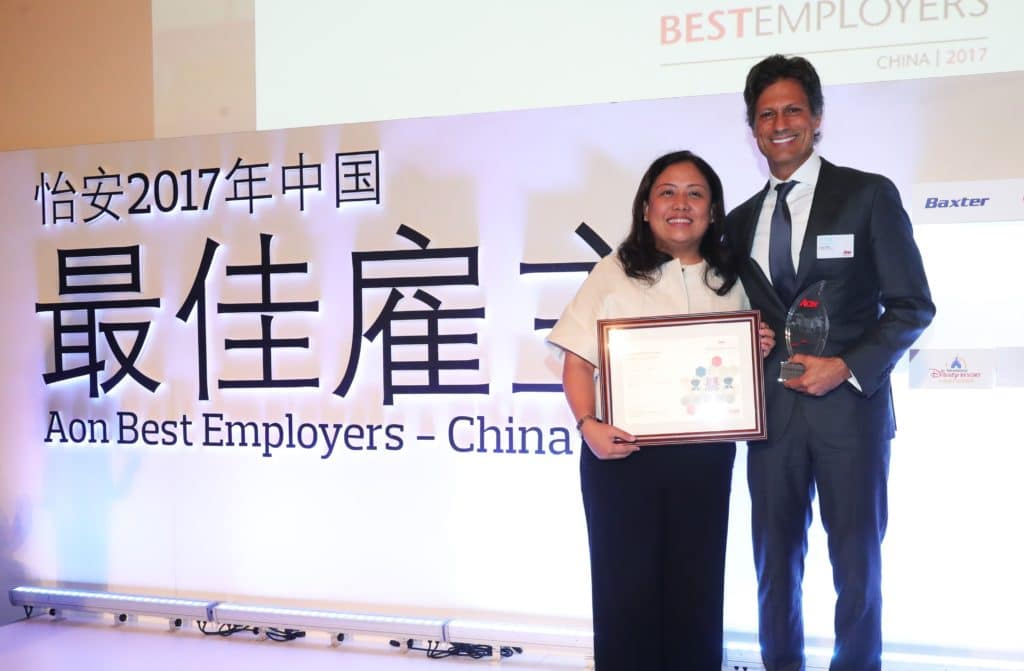 The Aon Best Employers Program has developed into one of the most credible and comprehensive surveys of its kind in Asia since its establishment 17 years ago. In this year’s 10th study of the Chinese market, Shanghai Disney Resort stood out for its continuous investment in people, strong commitment to human resources, as well as the overall innovation and breakthroughs it has achieved in the area of human resources.

Shanghai Disney Resort provides Cast Members with highly creative and innovative working environments to deliver unforgettable entertainment experiences for guests from across China and around the world.

By doing so, the company’s talented and dedicated employees create characters, stories and experiences that entertain and inspire guests of all ages.

The Shanghai Disney Resort team includes over 10,000 Cast Members from Shanghai and across China, covering more than 500 different professional roles. Since the resort’s June 2016 grand opening, the resort’s Cast Members have already created happy memories for over 13 million guests. While delivering the legendary Disney service and creating happiness for its guests, the resort is also dedicated to building a healthy life for its Cast Members both at work and home.

Well Being of Cast Members

Through decades of industry experience and extensive local market research, and just listening to its Cast Members – particularly younger Cast Members who may be just beginning their careers, Shanghai Disney Resort has created a variety of human resources measures and programs which help local Cast to enhance their sense of belonging, build their enthusiasm, and encourage them to achieve their personal career goals, while at the same time delivering Disney’s signature quality service to all guests. The Employee Assistance Program (EAP) is one of the signature programs that Shanghai Disney Resort created to look after its Cast Members’ total health, and serve as a mentor program to support Cast Members’ work and daily lives. Under the program, the resort provides consultations for Cast Members to resolve any challenges or concerns both at work and in their daily lives through a variety of online and offline channels.

While Cast Members are encouraged to create Magical Moments for guests, a tradition at any Disney destination, they also have the chance to themselves be surprised with Disney merchandise, food and beverages from time to time through “Backstage Magic” appreciation events, initiated by the resort’s leadership to recognize the Cast Members’ great contributions.

The 2017 China Best Employers award adds to the many awards and recognitions which the resort has already received for its leading industry best practices, including the 2014 Most Popular Award for College Students by Zhaopin.com, the 2015 Most Attractive Employer in Tourism Industry by Universum, the 2015 Top 100 Employer in Hotels, and the Mercer Award for 2016-2017 China’s Healthiest Company.