This September Shanghai Disney Resort will introduce a new parade float for the 2017 Shanghai Tourism Festival, bringing magic and excitement to spectators in Shanghai and viewers from around the country. 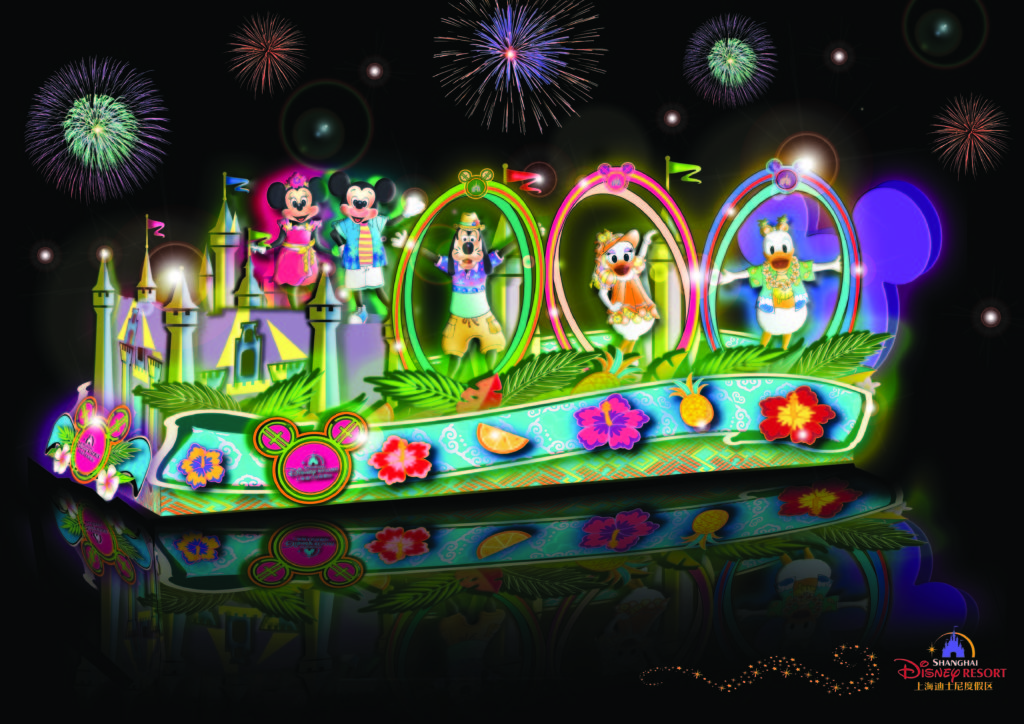 The newly designed parade float is named “Magical Blast” and is designed to delight guests with authentically Disney magic and distinctly Chinese charm.

“Most Popular Float of the Year” award

This year’s Shanghai Disney Resort parade float, “Magical Blast”, incorporates intricate Chinese designs, including traditional Chinese knots and white clouds, symbolizing luck in local culture, melded with bright colors, modern, tropical patterns and exclusive Disney artwork that make this one of the resort’s most vibrant, colorful floats to date. Leading the way for the parade float are Mickey and Minnie Mouse who will be dressed ready for vacation in colorful resort-wear and will wave to the crowds along the Huai Hai Road route. A magnificent Disney castle will be the grand centerpiece of the float, representing the iconic Shanghai Disneyland Enchanted Storybook Castle. On either side of the float, visitors will be greeted by Donald Duck, Daisy, Goofy, Pluto and Chip & Dale. Two-dozen dancers will surround the float, bringing an added touch of charm and entertainment with their exciting choreography, and as the parade float passes by, onlookers will be serenaded with the song “Disney Blast.”

The float will makes its debut at the festival on September 10, 2017, making its way through downtown Shanghai and watched by millions more from across China live on television. After the Shanghai Tourism Festival Parade, the Shanghai Disney Resort float will make other local appearances in Shanghai from September 11 to October 6, to further spread the Disney magic with fans, families and friends throughout Shanghai.