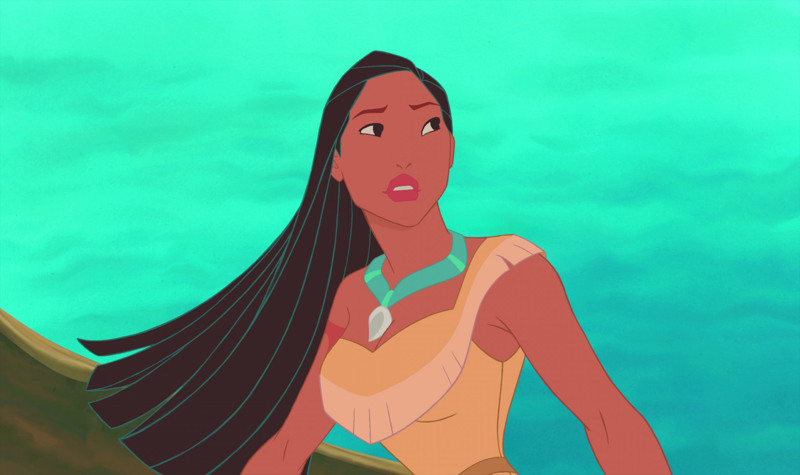 Inspired by real events, Pocahontas tells the story of an impossible love between an English settler who came to the New World in search of adventure, and the daughter of the chief of the local tribe, who must protect it against these invaders. On the production side, the film brings together the best of Walt Disney Animation Studios such as the co-director Éric Goldberg, creator of Aladdin’s Genie,  the animator Glen Keane (Ariel, The Beast, Aladdin), and composer Alan Menken.

Pocahontas was released in France on November 22, 1995, and on this occasion, a pre-parade was created at Disneyland Paris. We found the English colonists preceding the impressive Susan Constant, the Virginia Company boat with on board Governor Ratcliffe and its drums playing live, followed by the Powhatan tribe and a majestic float welcoming Pocahontas, her friends Flit and Meeko, John Smith and the mischievous Grandmother Willow. 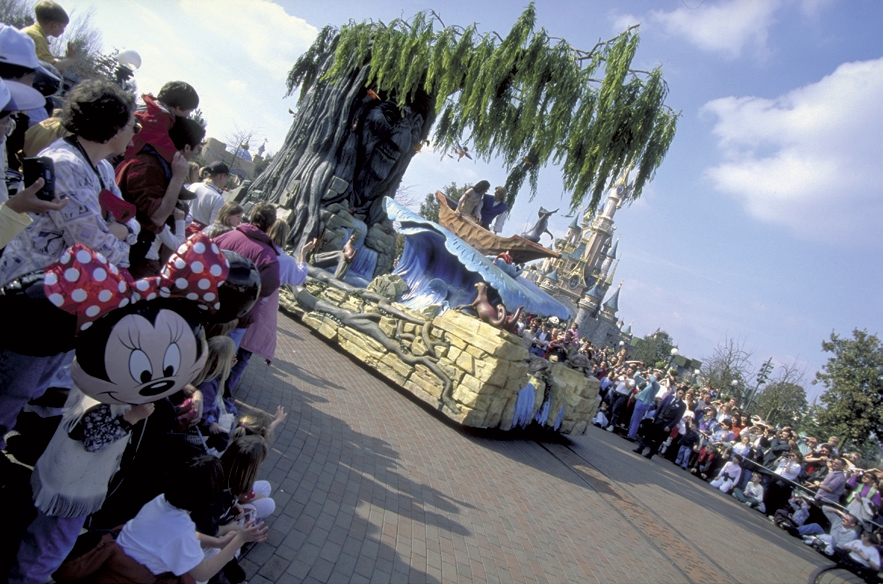 The film inspired Disneyland Paris show directors to create a landmark production, Pocahontas – Le Spectacle, launched on May 12, 1996. For the occasion, Frontierland has acquired a new performance hall. Since July 1993, a small stage at the back of the land mainly hosted country music groups, musicians and dancers. Disneyland Paris develops this place, by building covered stands, and providing it with as a much larger scenic device. Chaparral Stage becomes The Chaparral Theater. 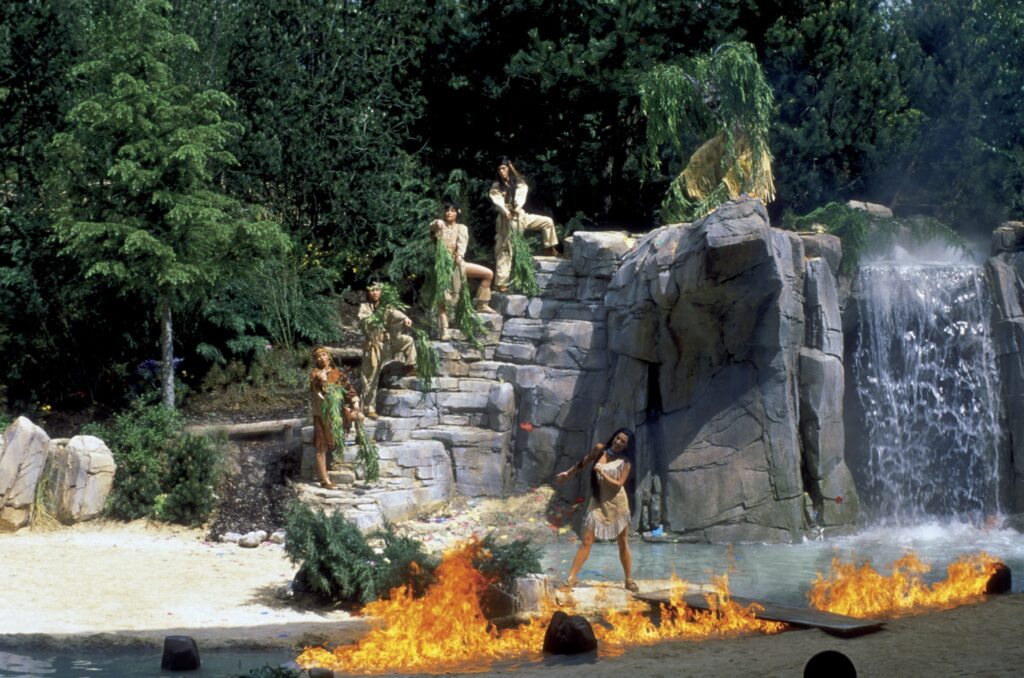 The setting of Pocahontas – Le Spectacle is particularly impressive with its river on which the heroine can navigate at will on board her canoe, a waterfall, a ship and many special effects – flames, smoke and jets of leaves symbolizing “the ‘colors of the wind’. The concept of the show is also innovative through its interactivity. It allows members of the public to take part in the filming of a movie inspired by the Disney animation classic. Dancing and songs are part of a reconstruction, grand and romantic at the same time, of the biggest scenes from the animated film. 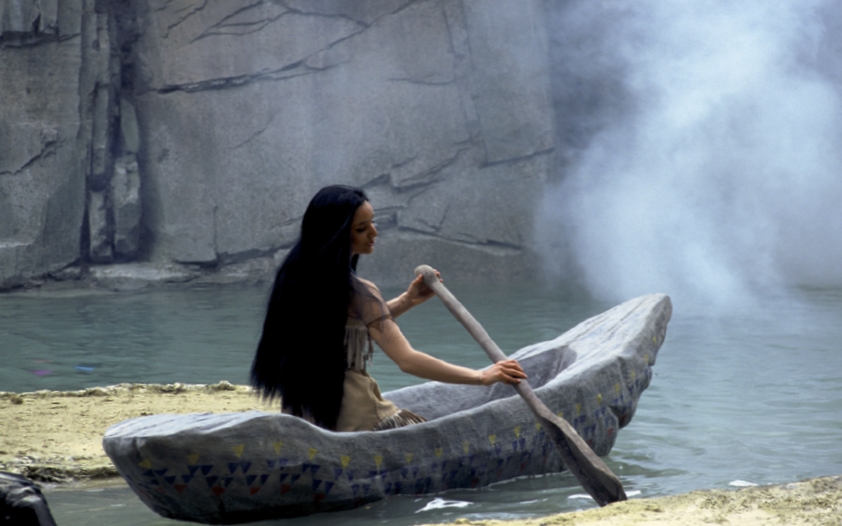 Pocahontas – Le Spectacle will be the heyday of The Chaparral Theater every summer until 1999.

There are other references to Pocahontas throughout the history of Disneyland Paris. In 1996 opened the Pocahontas Indian Village playground (renamed Frontierland Playground in June 2019), at the pier of the former Indian Canoes attraction (1992-1994). 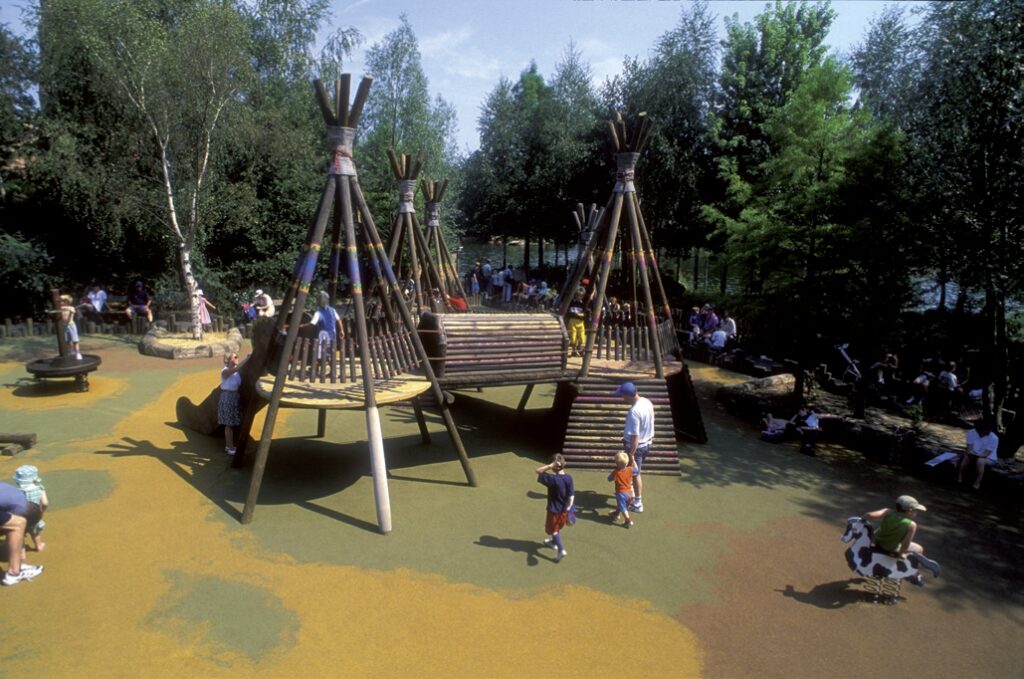 From 2002 to 2019, the Art of Disney Animation attraction at Walt Disney Studios Park offered, among other things, a film, “Drawn to Animation”, revealing certain secrets about the creation of Disney characters. Pocahontas originally had a third companion, in addition to Meeko and Flit: a turkey named Redfeather, who had the ability to speak. In the end, scriptwriters removed the character from the script. On the one hand not to multiply the heroin sidekicks, and on the other hand to keep a realistic style.

In the show The Forest of Enchantment: A Disney musical adventure (2016-2017), Pocahontas makes John Smith discover the link that unites all beings with nature. In a moving performance Pocahontas performs the song ” Colors of the wind ” by Stephen Schwartz and Alan Menken. 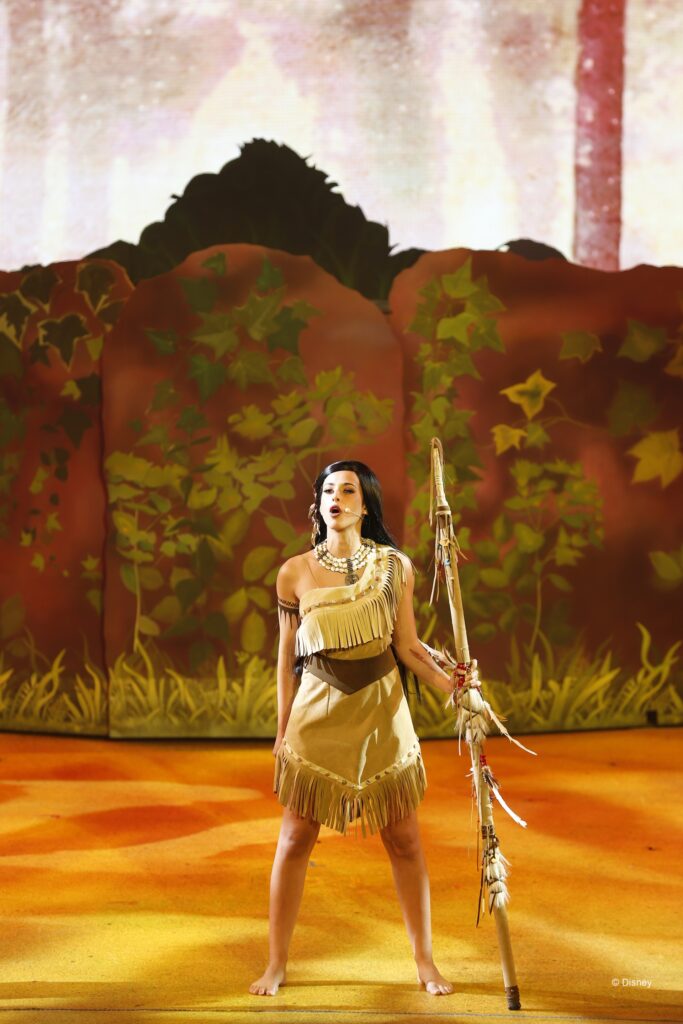 25 years later, the message of Pocahontas regarding on tolerance and respect for nature has not aged a bit…