Once Upon a Date: Opening of Honey I Shrunk the Audience!

March 28, 1999 saw the opening of Honey I Shrunk the Audience! at Discoverland. Discoveryland is the land of technological innovation and the ideal place to set up the prestigious Imagination Institute. 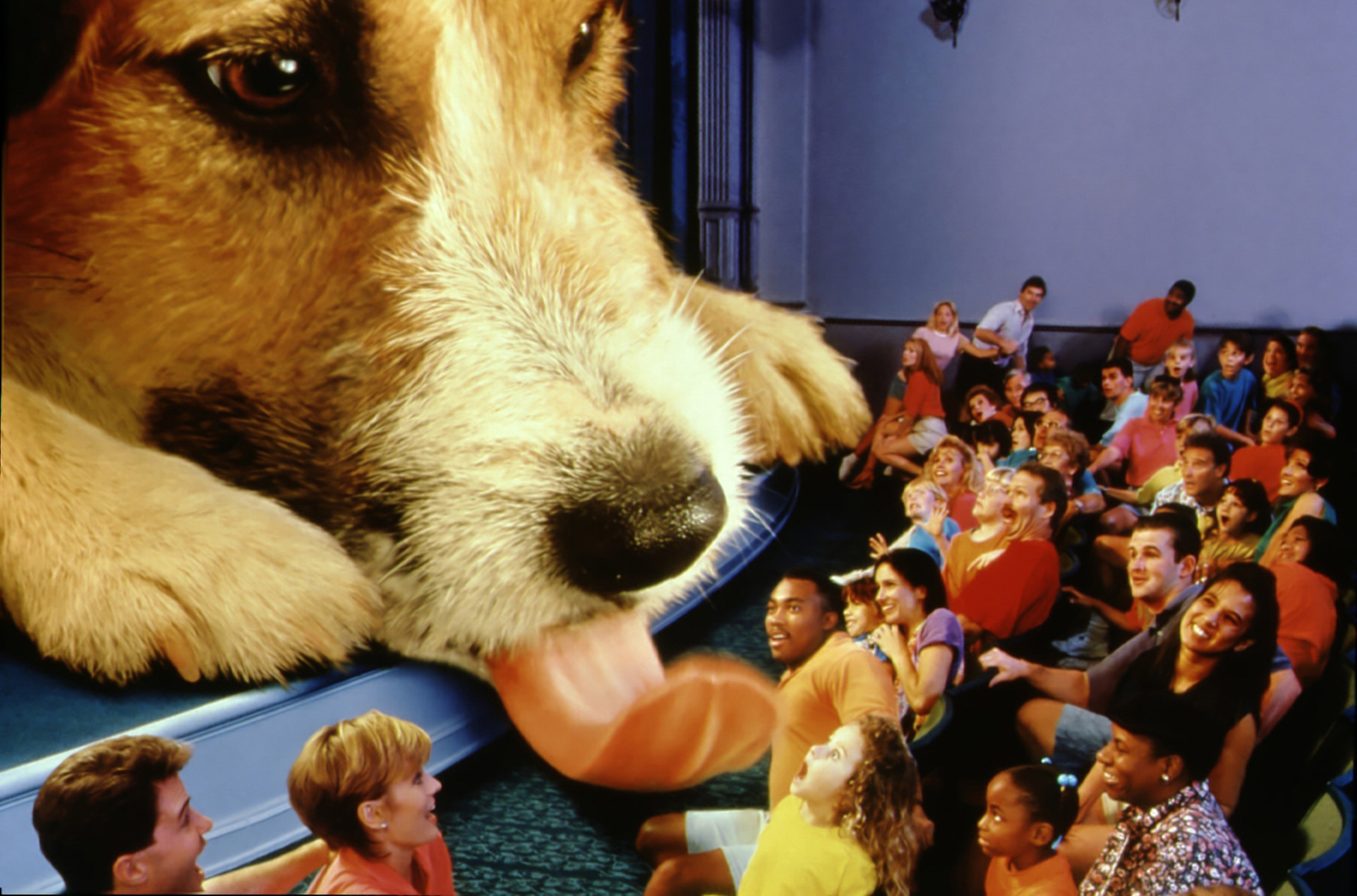 Honey I Shrunk the Audience! was inaugurated in a memorable way with the French soccer team, still savoring its World Cup title. It was enough to make you feel very small in their presence! The attraction was one of the first 4D attractions having not only a film projected in 3D, but too, many special effects in the room itself.

In this extraordinary adventure, guests were invited to attend the Inventor of the Year award to be given to Professor Wayne Szalinski for his famous shrinking machine, discovered in the movie Honey, I Shrunk the Kids (1990). Naturally, nothing happens as planned and the whole audience shrinks! To do this, the spectators are placed on a huge platform of nearly 100 tons mounted on jacks, allowing the platform to move according to the movements of the characters in the film.

This film was directed by Randal Kleiser, who also directed the second opus of the saga, Honey I Blew Up the Kid (1992) much like music composer, Bruce Broughton – to whom we also owe the scores of Visionarium and CinéMagique.