Once Upon a Date: Gran Fiesta Tour Starring The Three Caballeros opens at EPCOT

On April 6, 2007, Gran Fiesta Tour Starring The Three Caballeros opened at EPCOT. Guests board boats and are introduced to José Carioca and Panchito Pistoles. They are getting ready for their concert stop in Mexico City. But where is Donald? The boats take guests along various points of interest in Mexico, trying to find Donald. 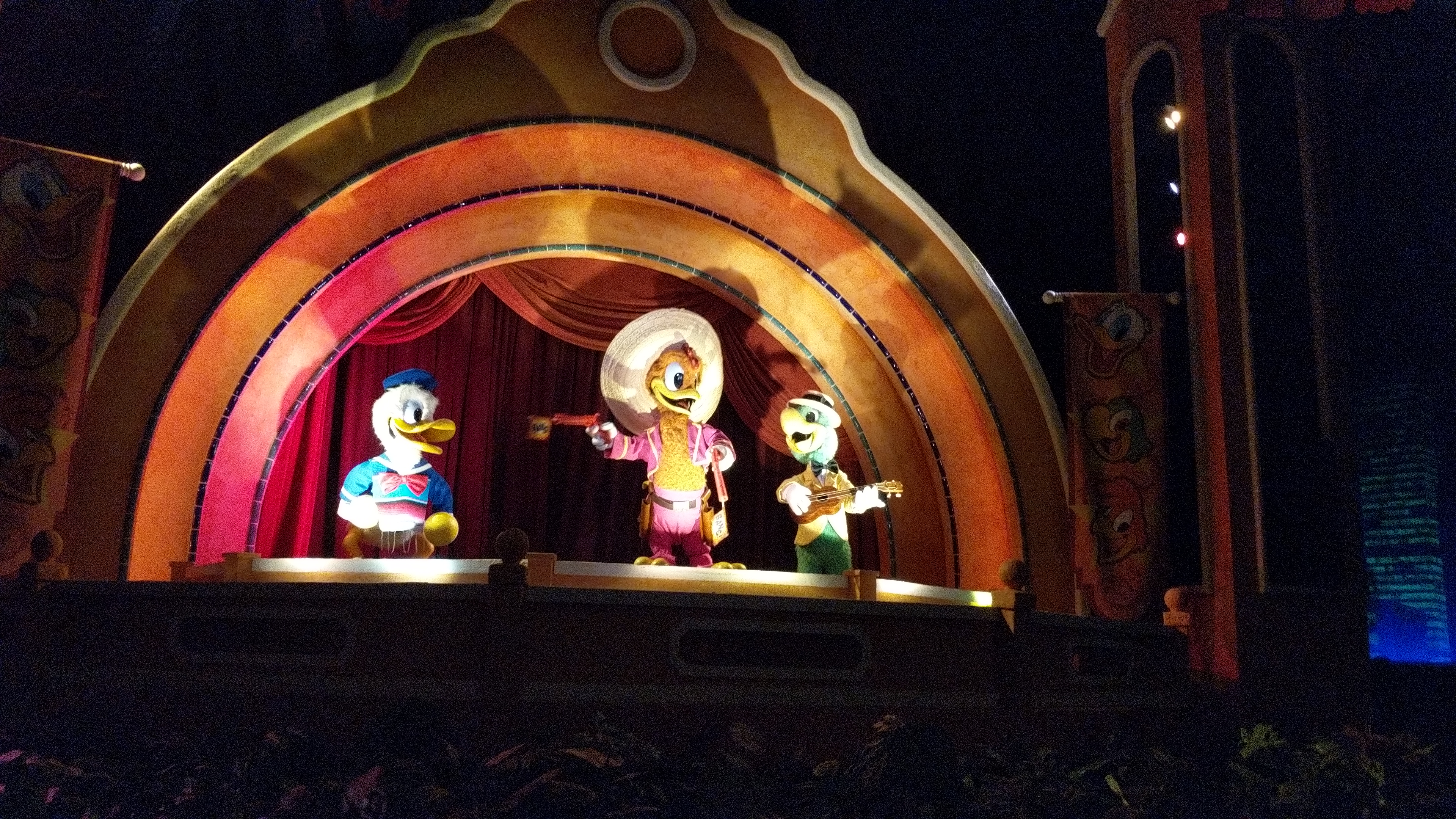 This attraction originally opened with animation in the ending scene. In 2015 three animatronics of the Caballeros from the Mickey Mouse Revue replaced the animation.