Last week it was announced that Disneyland Paris would hold a virtual event for its 29th Anniversary. Today a photo was shared of the recording that is currently happening for the event. On the photo we see Giona Prevete, current Disneyland Paris Ambassador, and two Cast Members who joined Disneyland Paris before its official opening in April 1992. 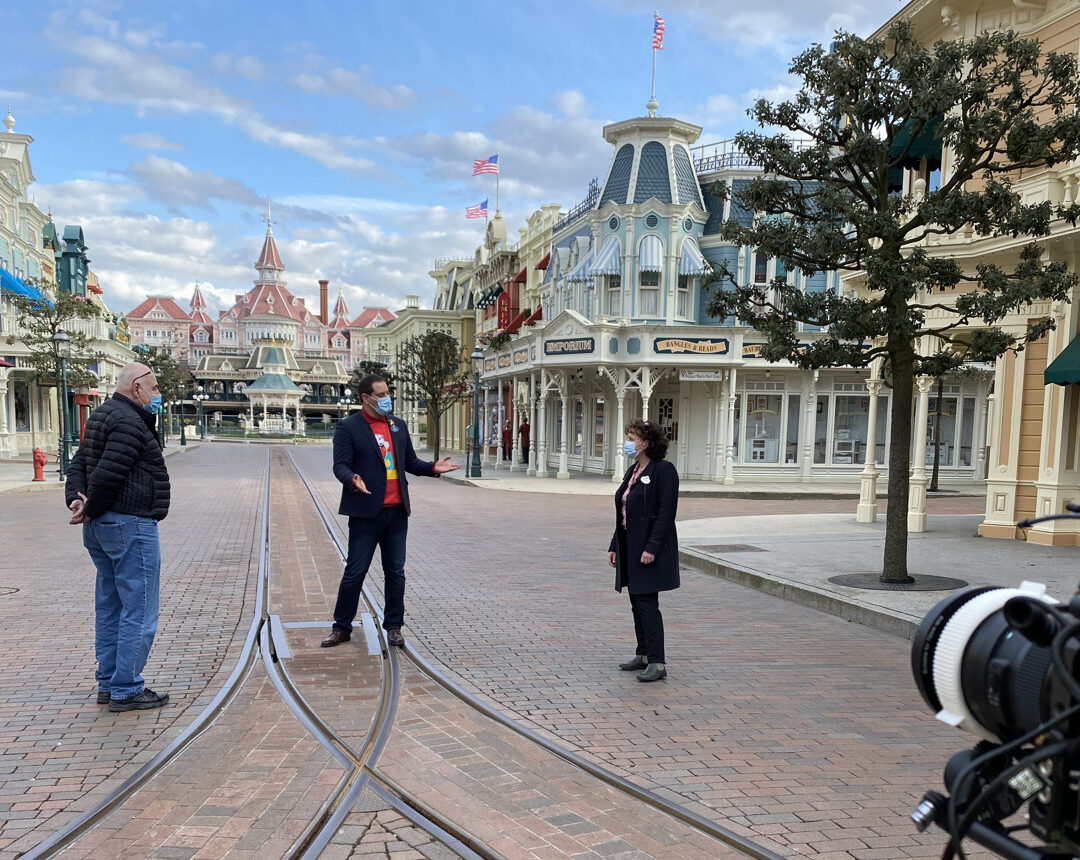 In the company of Yves Benyeta, Director of Walt Disney Imagineering Creative Paris, and Catherine Chevreux, Manager Consumer Insight, we went back to those early years, when the European public was able to discover for the first time the magic of Disney Parks in Europa.