During the IAAPA Keynote Josh D’Amar  (Disney Parks, Experiences and Products Chairman) shared a teaser of the work that is done on the re-imagination of the Studio Tram Tour. This re-imagined attraction opens at Disneyland Paris in 2021 as Cars Route 66 Road Trip. 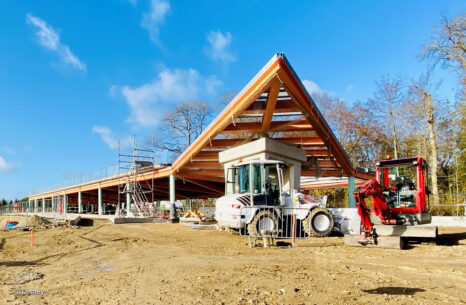 Today more details were revealed, and we get a glimpse of the boarding station. The attraction’s new boarding station is inspired by mid-century modern architecture. It fittingly offers several nods to the automotive world. Guests will enter the station through a tourist booth complete with maps, postcards and other decorative items. 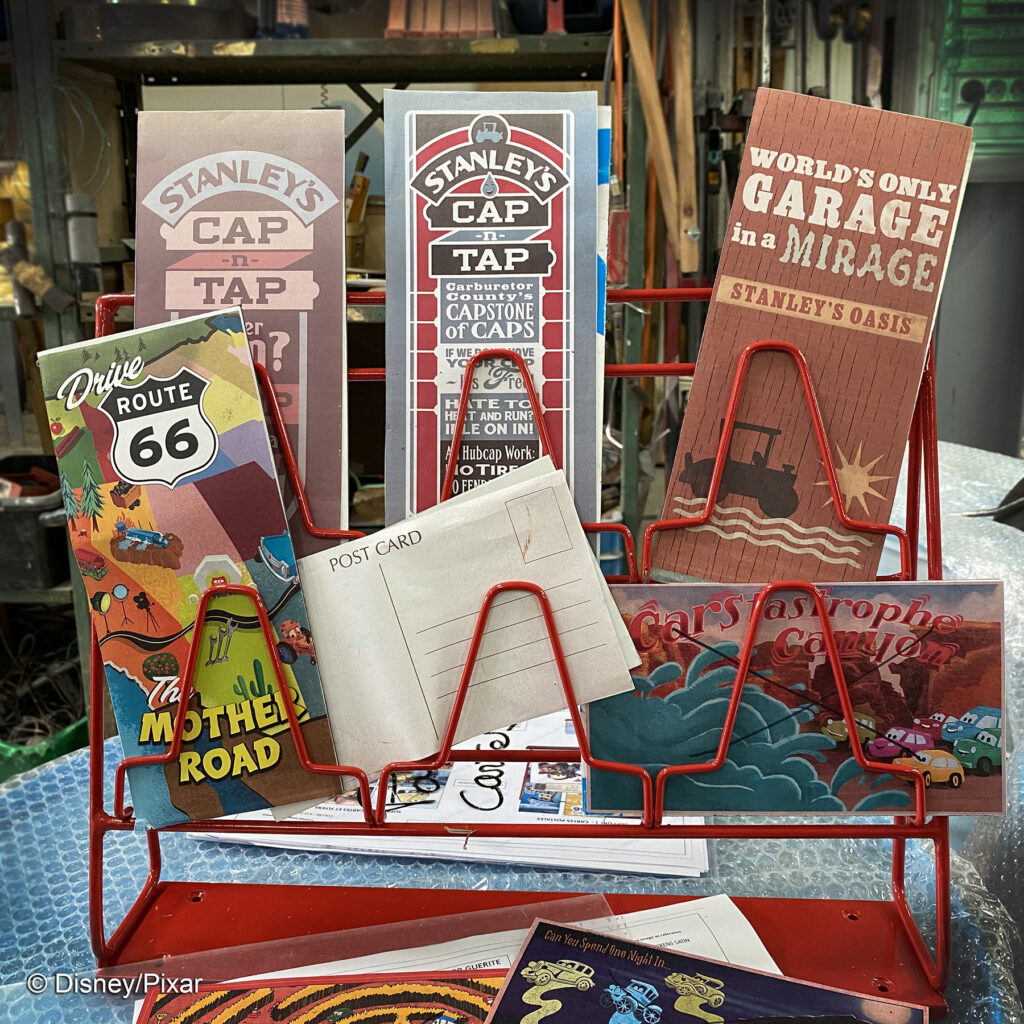 The loading station is currently  halfway through construction. This building is actually the first building constructed outside the current perimeter of Walt Disney Studios Park. Once completed will be accessible to guests via a new road which extends from Toy Story Playland. Cars Route 66 Road Trip represents the first step in the expansion of Walt Disney Studios Park.