April is around the corner which means new pins and a new pin trading event at Disneyland Paris. This month 5 Limited Edition pins will be released, all will only be released in a batch of 700 each. As the official 25th birthday is nearing, these pins are specific for that with on Wednesday April 12th, the release of the official 25th Anniversary pin with Mickey. This pin will only be sold at the Disney Gallery in Disney Village, and not at the Pueblo Trading post like many other pins. 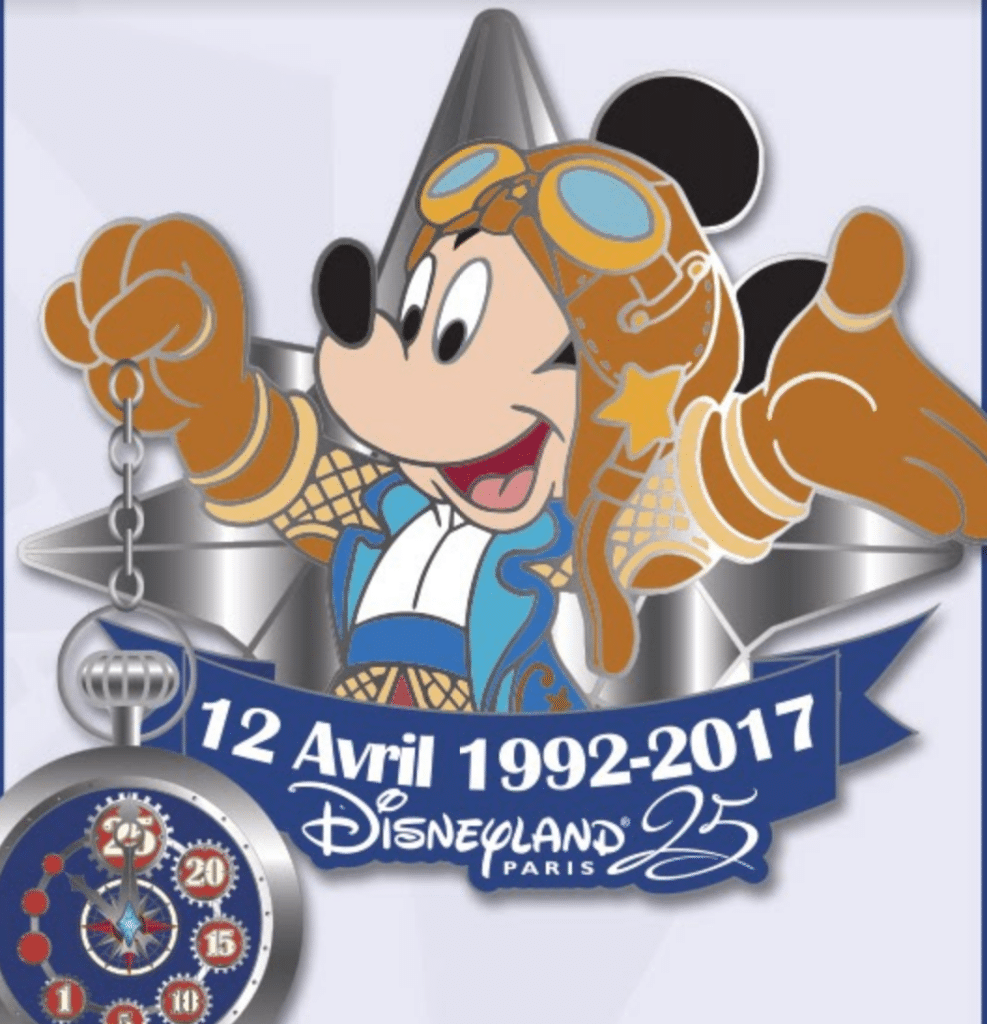 The next pin trading event takes place on Saturday April 29th at the Pueblo Trading Post in Disneyland Park. Guests who want to participate in this event can meet at 10 am at the exit of the Liberty Arcade. 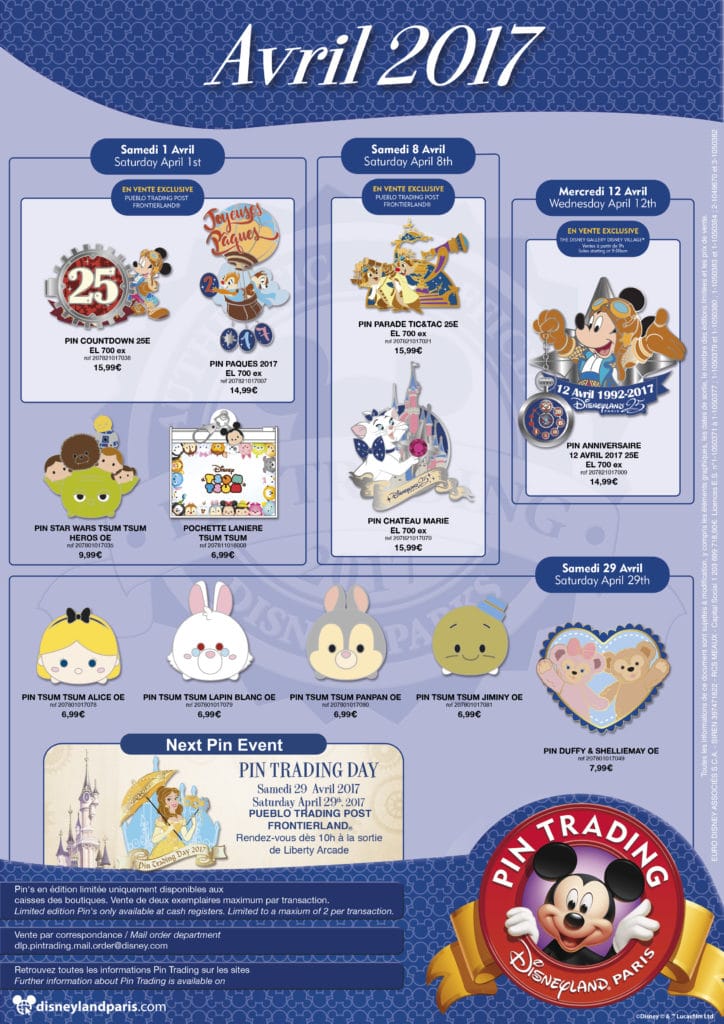