For Disneyland Paris 25th Anniversary, the attraction is being overhauled and will be filled with new surprises. Want to catch a glimpse of the most sought-after pirate on the seven seas? You’re in luck because Jack Sparrow will be joining the adventure—you’ll find him in two scenes at Adventureland unforgettable attraction. Johnny Depp explored these new scenes in the legendary Pirates of the Caribbean attraction himself when he visited Disneyland Paris. 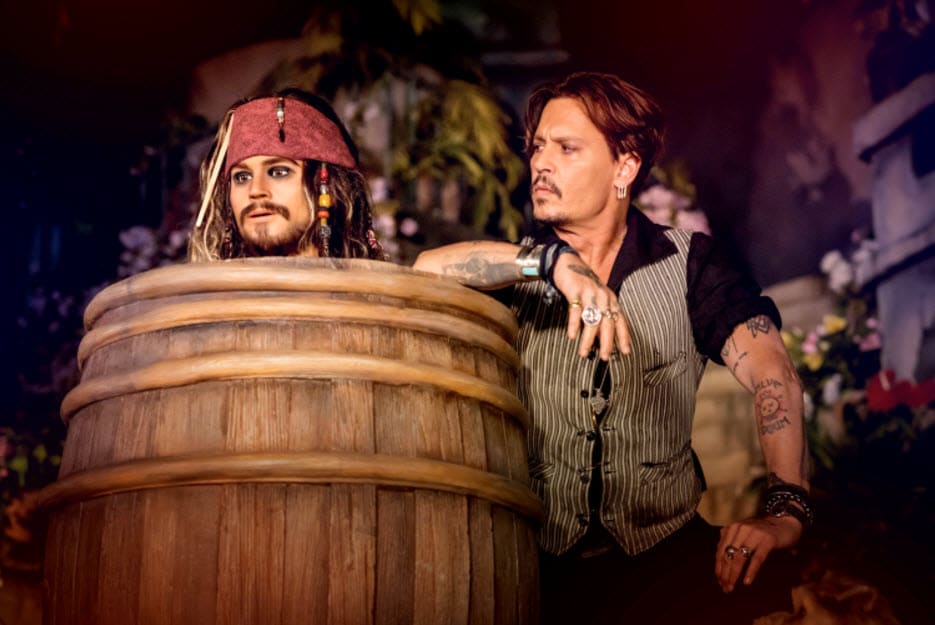 He struck a pose next to the pirate he knows so well, Jack Sparrow, who is hiding in a barrel, still searching for new treasures. The Pirates of the Caribbean attraction has always taken center stage in the history of Disney Parks. Inaugurated in California in 1967, it has been part of Disneyland Paris since it opened in 1992. Guests also enjoy the attraction in Orlando, Tokyo and the recently-opened Shanghai Park.