The InsidEars-team was able to do an interview with Dan, Louisa, et Mabrouk: a collaboration between Disney Live Entertainment and Disneyland Paris Entertainment team to bring Avengers Campus to life. Below you find the first part of this interview. 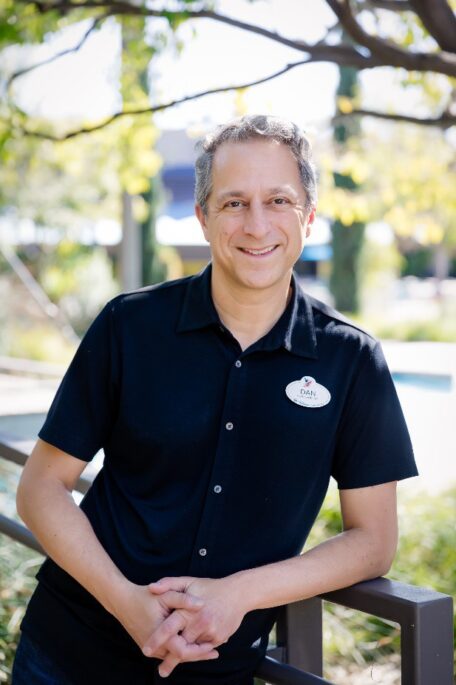 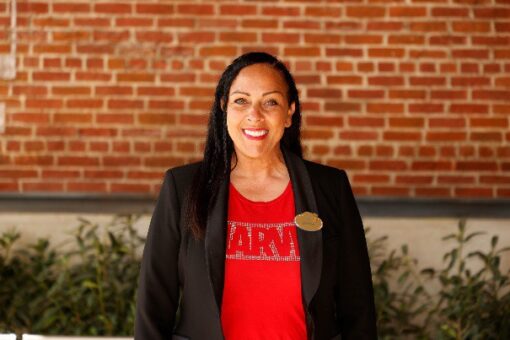 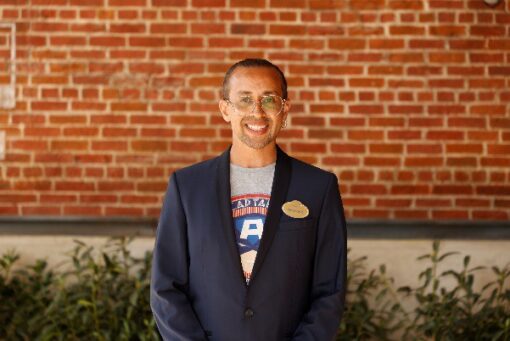 Avengers Campus truly is a unique place that does not look like any other Land at Disneyland Paris.

Dan: Absolutely. The distinctive feature of Avengers Campus’ story is the fact that it takes place in our world and our time, here and now. We are not in a different time, another country or even in another universe. We are in a campus that was designed by Tony Stark through the use of industrial facilities that were built by his father. Avengers Campus is a lively, modern, and real place. Everyone – whether Guests or Super Heroes – has a specific reason to come to this unique place.

This reason is to train new recruits. To do so, Marvel Super Heroes will play an important role.

Dan: Exactly. Just take the example of Spider-Man. He is a teenager who is trying to find the right balance between school, scientific experiments, and his life as a Super Hero. It’s something every teenager or teenager’s parent experiences in his/her own way. This is the reason why they feel so close to him, and they will be pleased to see him in the Campus. He is a very important source of inspiration for many people.

Guardians of the Galaxy are looking for new recruits to join them in their intergalactic adventures. And since Avengers Campus’ Guests are bound to become heroes themselves, they couldn’t come at a better time!

As for General Okoye, who leads the Doja Milaje – Wakanda’s special forces – she uses her wisdom to teach us how to become allies of Wakanda and of the Avengers, or more simply, how to protect our loved ones. This conveys a very humanist message on the importance of taking care of one another.

Each Super Hero plays an important part in our training program due to his/her personality and story. 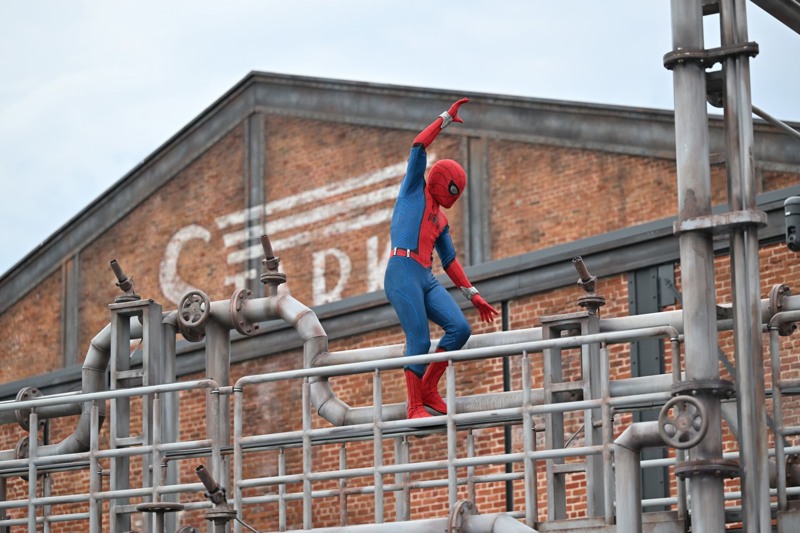 Dan: Avengers Campus’ story takes place “here and now” in its own time period. This is the reason why you will get to meet Super Heroes who are supposed to have disappeared from movie screens, such as Iron Man. This is what makes each visit unique. When you think about it, this approach is not so new for a Disney Park. When you go to Disneyland or Walt Disney World, you can see both Ariel with a tail and a dress and even Ursula – who is supposed to have died in the animated movie. Yet, in our world and our Parks, she is part of an unchangeable timeline. Therefore, our Guests are not told just one story, but they are free to create and live out their own story instead.

How will encounters with the various Super Heroes take place?

Dan: They may occur in three different ways.

On one hand, there are heroic encounters, which are both immersive and personal. Meeting a Super Hero is way better than running into him or taking a picture with him. This is the result of a real initiative, an aspiration, and a desire to impersonate them. That’s what notably happens at Hero Training Center, where recruits get to spend special moments with their favorite heroes. We wanted recruits also to be actively involved on the Campus’ streets. This is how we came up with the idea of Guardians of the Galaxy: Dance Challenge! and Warriors of Wakanda. Finally, people are able to see Super Heroes in iconic situations. In Marvel Movies, they really give the best of themselves, and we wouldn’t do our job if we didn’t allow our Guests to see their favorite heroes in action, especially on the rooftops of the various buildings. To conclude, Super Heroes are everywhere! 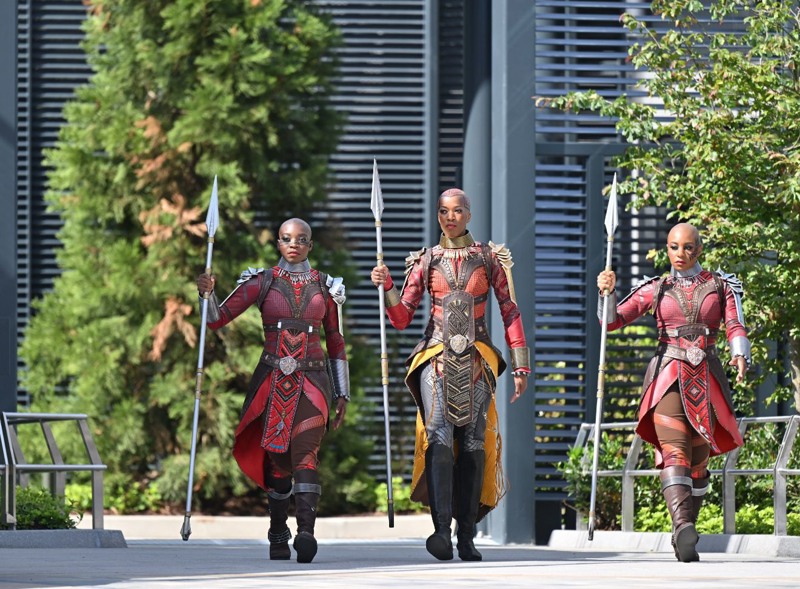 Could you tell us more about the different opportunities that will be given to people to meet them?

Louisa: Avengers Assemble is an opportunity for our Guests to witness major action scenes that feature stunts and acrobatic moves performed by our Super Heroes. We also have three villains – Taskmaster and his two Task Forces, as seen in the Black Widow movie. The latter have stolen a precious artifact and Black Widow is trying to get it back alongside Black Panther. This is a very original alliance between these two heroes, and this entire story takes place on Spider-Man W.E.B. Adventure’s rooftops, not far from the Quinjet. This experience combines a fascinating story, powerful music, and epic moments with Super Heroes – everything that is needed to have an unforgettable, funny, and exciting time! Not to mention this touch of humor that is uniquely Marvel.

This combination between action and humor is truly unique to Marvel movies.

Dan: I totally agree. It is the foundation of this whole universe. Our Avengers Campus approach was developed during countless hours of conversation with our partners at Marvel Studios. Just like us, Marvel Super Heroes are not perfect. They have flaws and issues. And it’s precisely humor that helps us build a connection with them – a bond that makes them close to us and inspires us. We can convey so many things thanks to that.

Louisa: This is why everyone can relate to them, and especially children. They are Super Heroes, but they are also human beings.

Which other events take place during our visit to Avengers Campus?

Mabrouk: Spider-Man is one of our most popular Super Heroes, especially among children. This is the reason why people get the chance to see him several times during the day. In the morning, he welcomes our Guests. Thereafter, there are several options. One of them is directly linked to the Spider-Man W.E.B. Adventure attraction since he tries to find and bring back the Spider Bots that have escaped across the Campus. This is an opportunity for Guests to extend the experience beyond the attraction.

But that’s not all. You must have heard about his new costume, which has been specially designed for the Avengers Campus of Disneyland Paris. The arrival of new recruits is, for him, the perfect opportunity to try it. Finally, he occasionally also must fight against villains, in particular Taskmaster and his accomplices, who are back. Here, all stories are connected.

Louisa: Since the Marvel Season of Super Heroes in 2018, we have known that our Guests like to dance with the Guardians of the Galaxy. As a result, they are back with a brand-new story, new dance moves, and always the same sense of humor. From now on, performances are given in front of F.R.I.D.A.Y. – an artificial intelligence that runs all of the Campus and that changes colors based on music!

As for the Warriors of Wakanda, it’s a very special moment. General Okoye and two royal guardians from Wakanda move around the Campus to share the Doja Milaje’s wisdom with us and make us understand that when we protect one another, we act as allies.

Where can we see Super Heroes?

Dan: Obviously, at Hero Training Center, the Gateway Portal, the Campus’ rooftops, along with many other iconic locations.

People are able to see the Guardians of the Galaxy by F.R.I.D.A.Y. – the artificial intelligence that runs all of the Campus’ systems. It is huge. It extends along the whole curved façade of the Avengers Assemble: Flight Force attraction. It has a real personality. It is the Campus’ voice and brain.

Super Heroes also regularly appear around the Quinjet. It is strategically located by F.R.I.D.A.Y., and you cannot miss it when you go to Avengers Assemble: Flight Force. We have collaborated with Imagineers to design a circular walkway all around it. This is where Super Heroes gather to welcome new recruits. It’s a very special moment. Such a gathering only takes place at Disneyland Paris.

Finally, the Campus is also home to a unique vehicle created by Tony Stark – the Avengers Deployment Vehicle, also known as ADV – that is used to carry heroes across the Campus. Keep your eyes open to see who is on board! 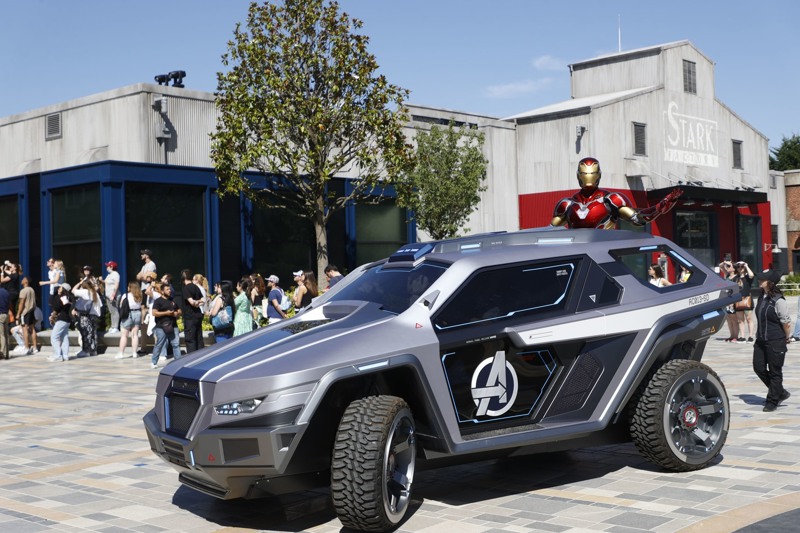 Although Avengers Campus looks like the California version in some way, it still is unique.

Dan: Exactly. For instance, the Spider-Man costume you can see is exclusive to Disneyland Paris. Acrobatics is also different. Some features have been developed for both Parks, but each detail has been customized for Disneyland Paris. Nothing is identical, everything is unique. Similarly, music has been written by the same composer – Jérôme Leroy – who comes from France. The latter works with Michael Giacchino and knows his sheet music by heart. He perfectly managed to use them and adapt them for the different events that take place across our Campus.