A hotel-wide refurbishment is bringing new magic to the Disney’s Grand Californian Hotel & Spa at the Disneyland Resort, with completely redesigned guest rooms plus a refreshed lobby, pool areas and the concierge-level Craftsman Club. The most extensive refurbishment since the hotel’s 2001 opening will elevate the premium guest experience and bring a contemporary approach to the Arts & Crafts design style. 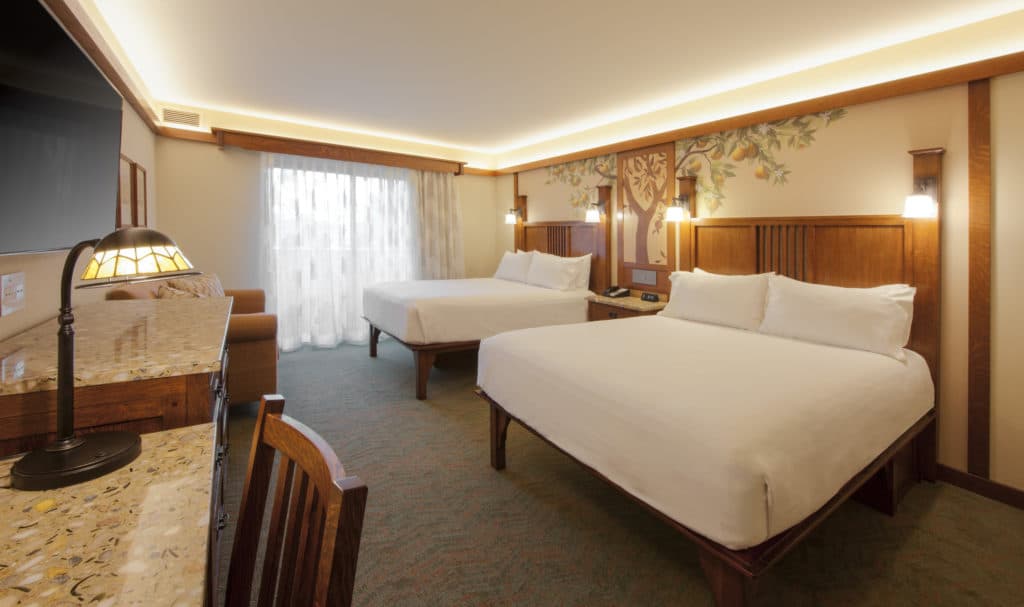 The renovations will roll out in phases, with expected completion by the end of 2017. Guests will begin to enjoy the first phase of refreshed guest rooms starting this spring.

Recently named a AAA Four Diamond hotel by the Automobile Club of Southern California for the sixteenth year in a row, the 948-room Disney’s Grand Californian Hotel & Spa captures the romantic spirit of California’s Arts & Crafts movement in the early 20th century.

“Our renovation adds more luxury to this iconic Southern California hotel, while staying committed to its signature Arts & Crafts design,” said Dan Coleman, General Manager of Disney’s Grand Californian Hotel & Spa. “We want our guests to feel they are staying in a Disney hotel that’s distinctly situated in beautiful California. The revitalized design helps convey this feeling and allows us to continue exceeding guest expectations.” 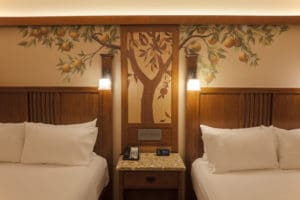 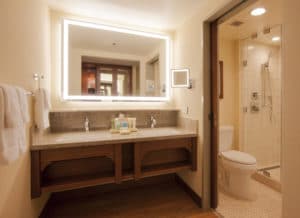 Every single element in the redesigned guest rooms will be new, creating a fresh sense of luxury – from floor and walls to furnishings, bedding and linens, as well as upgraded bathrooms. Upon entry, guests will notice beautiful hardwood flooring transitioning into soft, bright-toned carpeting. Linens and pillows are restyled in a bright, white palette and upgraded bathrooms include new fixtures. The room decor is a contemporary take on the Arts & Crafts style featuring all-new furniture made of natural oak, specially designed for each room, as well as California-inspired artwork created by artists and Disney Imagineers, including beautiful headboard walls with wood inlay designs featuring Chip ‘n Dale climbing orange trees! Guests with sharp eyes will catch other uniquely Disney details throughout these newly enhanced rooms.