From September 1 to 14 2017, Hong Kong Disneyland will celebrate its 12th Anniversary. The park opened its doors to the general public on September 12, 2005. 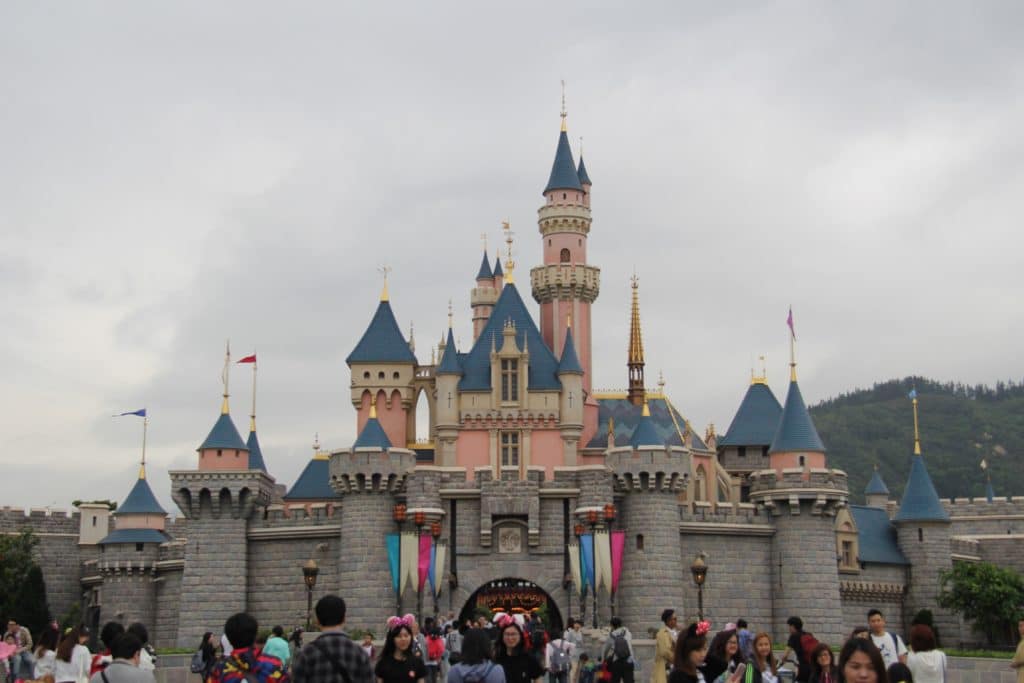 As guests enter the park they will find surprises everywhere. In Fantasyland, a 12-layer, six-feet-tall birthday cake display will surely catch your eye. Different Disney friends are being featured on the cake, wishing the park a happy birthday. At the Royal Banquet Hall and Explorer’s Club more 12th anniversary decorations can be found to take photos in front. Themed props are also available to make the photos extra special.

During the “Surprise Birthday Party” celebrating the 12th anniversary, Mickey, Donald, Goofy and Pluto will be busy preparing all kinds of birthday surprises in the park’s restaurants. For this special occasion they are dressed in their 12th anniversary chef outfits with commemorative gold medal. The will occasionally step away from the kitchen to make surprise appearances at selected restaurants, surprising guests while they are dining. Duffy the Disney Bear will also be song up at the Main Street Corner Cafe.

To celebrate the resort’s 12th birthday, the 12th Anniversary Cupcakes are being baked just for you. Grab these cupcakes from Royal Banquet Hall that were made and decorated by 12 Disney friends including Mickey, Minnie, Donald, Daisy, Goofy, Pluto, Chip and Dale. Duffy, ShellieMay, Gelatoni and StellaLou are also baking their own scrumptious cupcakes to spread the joy of the 12th anniversary!

Platinum Card Members, don’t forget to come and get the 12th Anniversary Birthday Button in person at Magic Access Member Service Center during the Surprise Birthday Party period from September 1 to 14, 2017.