Christmas at a Disney park is a magical time. Last year you could easily spend several days at the parks and discover new things every single time. Some of the highlights 2016.

The moment you entered the park, you saw the big Christmas tree on Town Square. The tree was filled with lights and ornaments. Under the tree you could find several gifts. The tree made for an amazing backdrop when you were taking photos with friends and family. 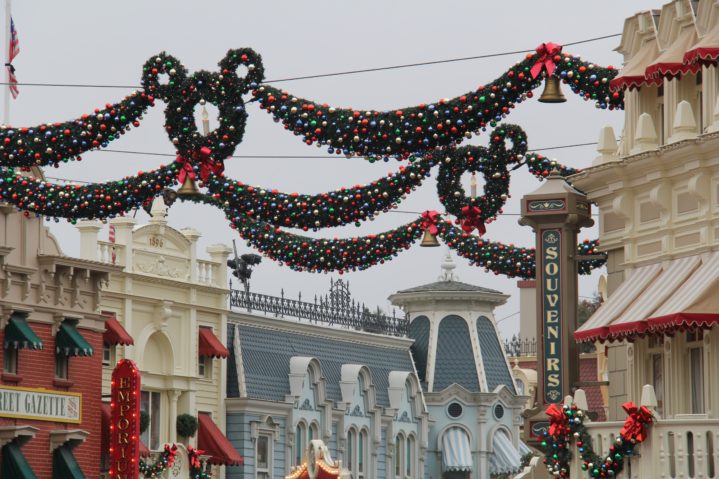 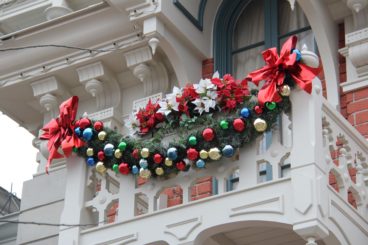 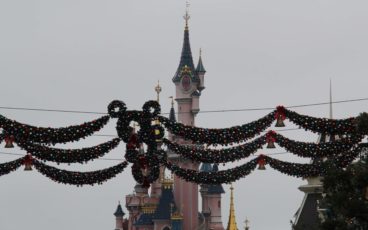 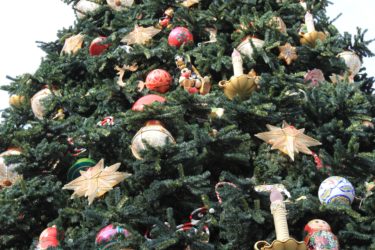 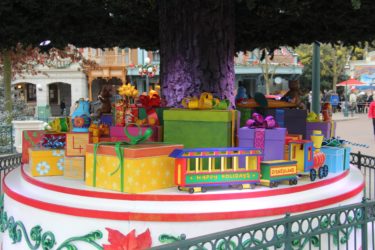 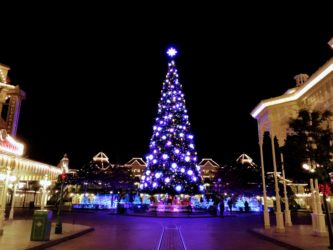 At night, Mickey, Minnie and Santa lit the tree during a sing-along ceremony.

A fabulous Frozen Sing-along and a Royal Welcome

Christmas is winter, and winter means Frozen. During the 2016 holiday season, Olaf, Elsa, Anna and Kristoff made sure you sing along with all your favorite Frozen songs. At the Chaparral Theater guests sang along while Anna prepared for a big party for Elsa. 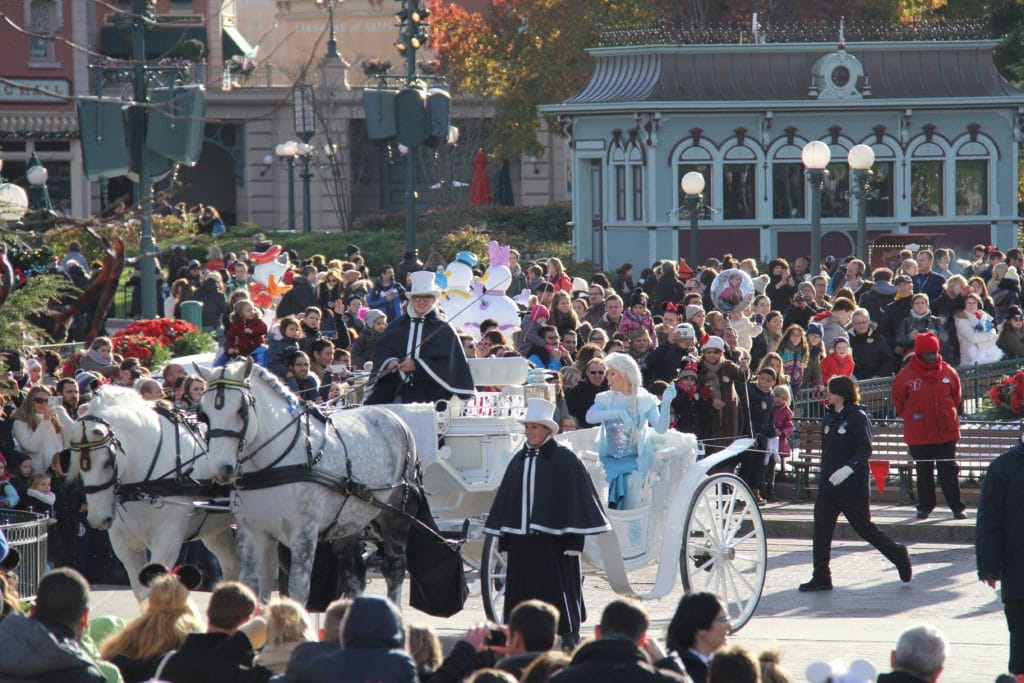 When they were not in the theater, Anna and Elsa made their way down the parade route to welcome everybody to the park.

Several times a day, Princesses and their Princes performed Royal Christmas Wishes, a great little fairy tale in which a snow globe played a central role. All the favorite Princesses appeared on stage to dance and told a magical Christmas story. This for sure was a crowd pleasure for families with little girls. 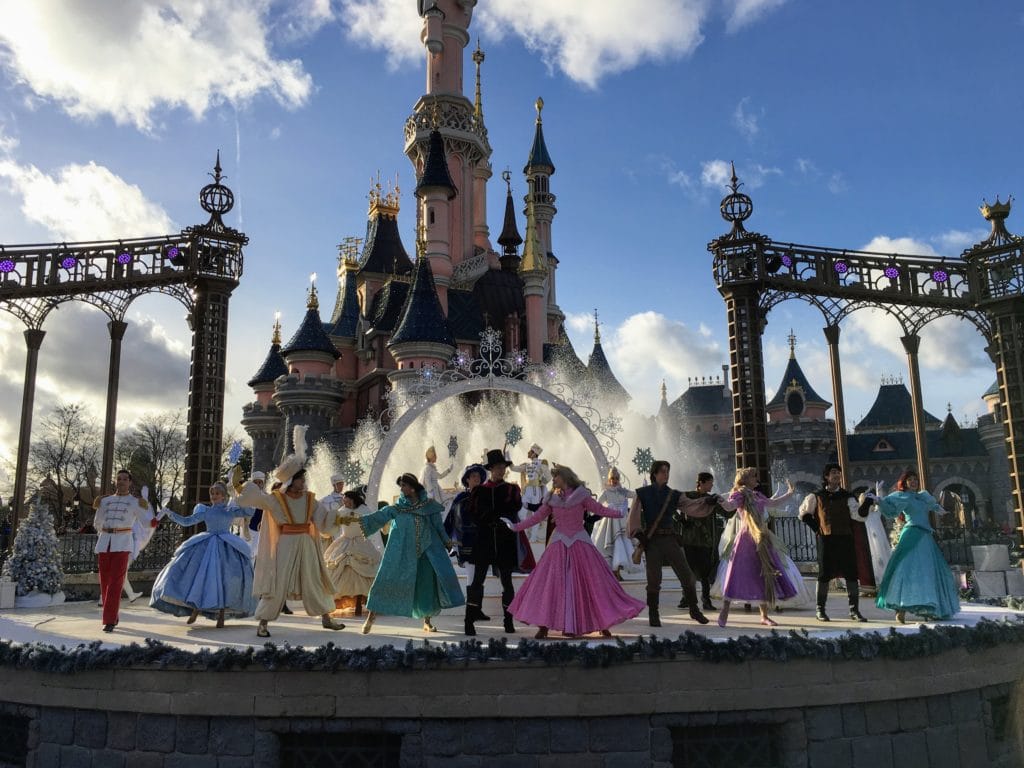 This little hidden gem from 2016 took stage at Hyperion Theater. Goofy conducted the Jingle Ball Band. During this musical intermezzo the band played several Christmas tunes, but also other Disney songs. Goofy was there all the time to either dance, or make fun with the musicians. 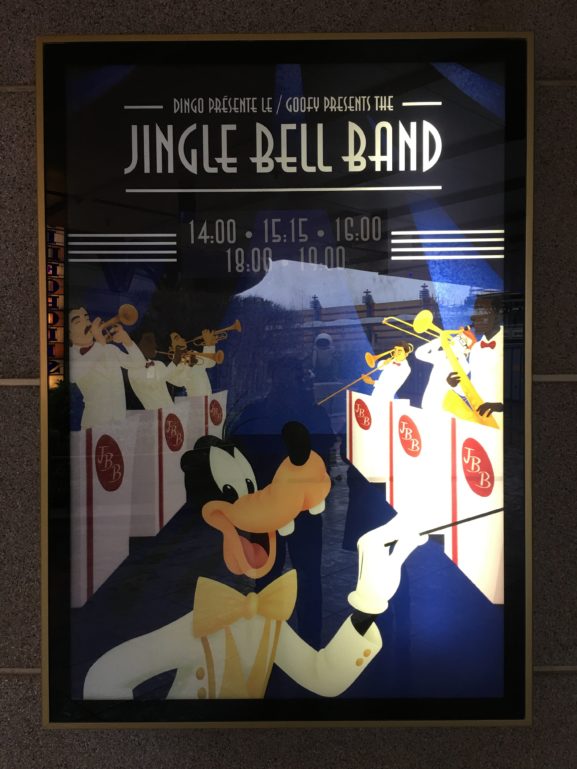 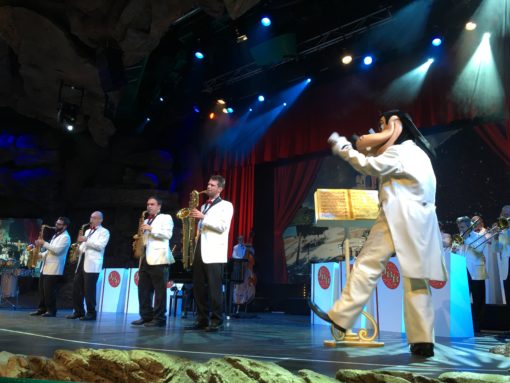 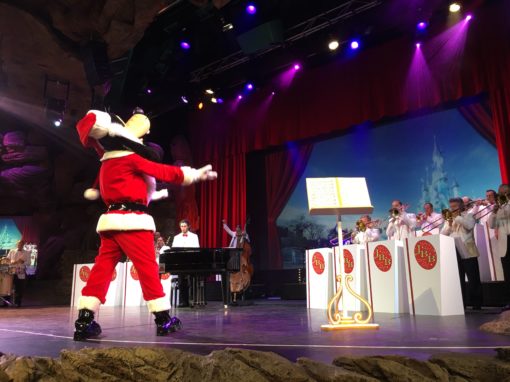 On several locations throughout the parks there were meet ‘n’ greet opportunities with your favorite Disney Characters in their Holidays outfit. At the Mickey pavilion (in front of the Fantasyland station) you could even meet Santa. 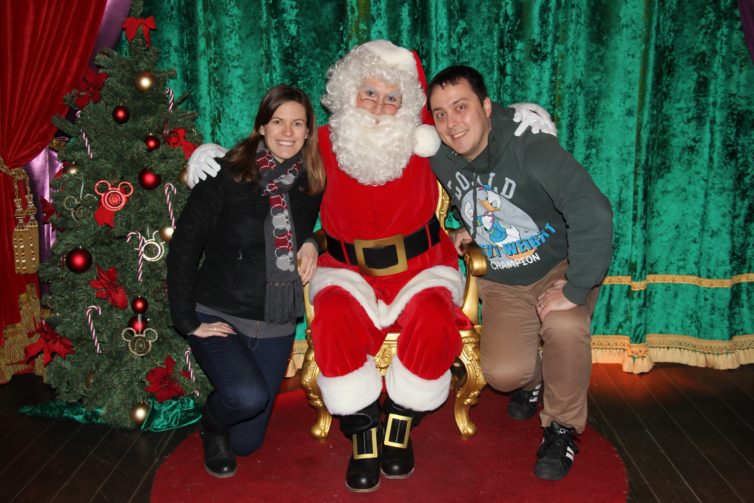 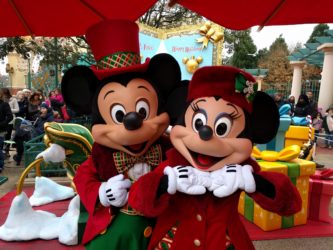 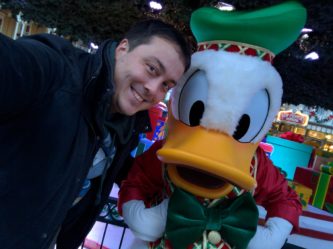 One of the nice surprises of 2016 was the Christmas Parade with some new floats. The different floats made your cheerful. You could see some rare Disney characters appear on the floats and as mentioned before, 2016 featured two new floats which was a nice addition to this already great parade. As always, Santa closed the parade in his sleigh. Some of the days, Donald’s nephews would join Santa and cheer to the crowds lined up along the parade route. In 2016, the parade made its way down the route twice a day.

At a Disney park, you can end each day with fireworks. In 2016 Disney Dreams! Of Christmas returned as a kiss good night before you would go back to the hotel or home. Just like each year, the nighttime spectacular brings you immediately into the Christmas spirit. The different songs, but also the images that were projected on the castle breathed Christmas. Olaf took you on a magical journey along all kinds of Disney movies. 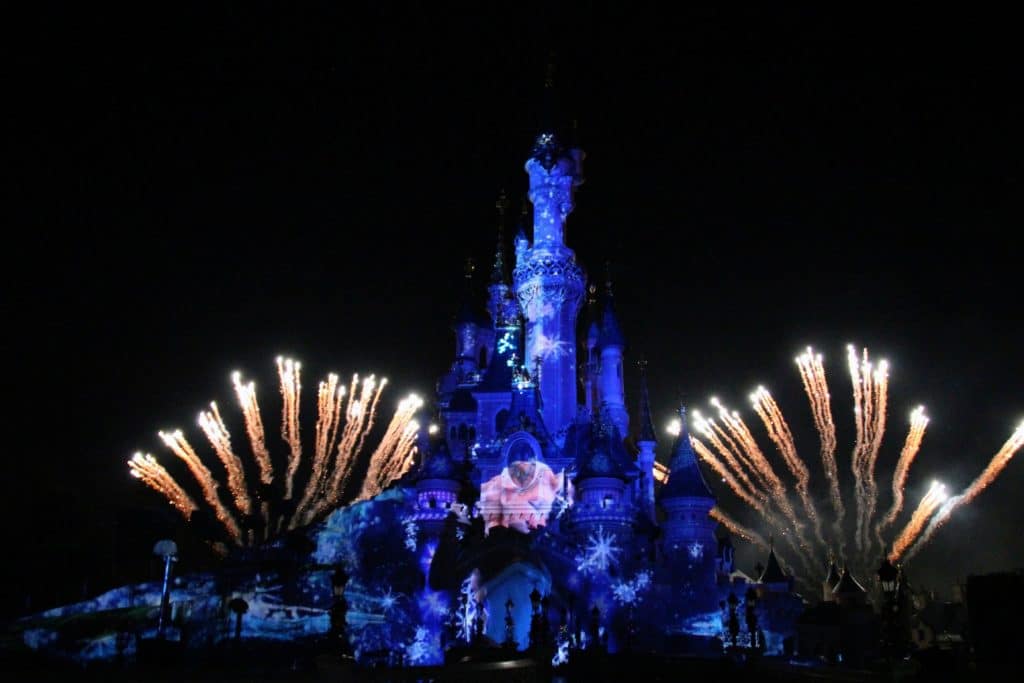 In the last few years, Walt Disney Studios didn’t see that much Christmas. It was mainly at the front lot and in Studio 1. Nevertheless, the decorations were really cute and worth a visit. Disney characters were out on the front lot to take photos with. The back drop and the outfit made it a perfect photo for the holidays. 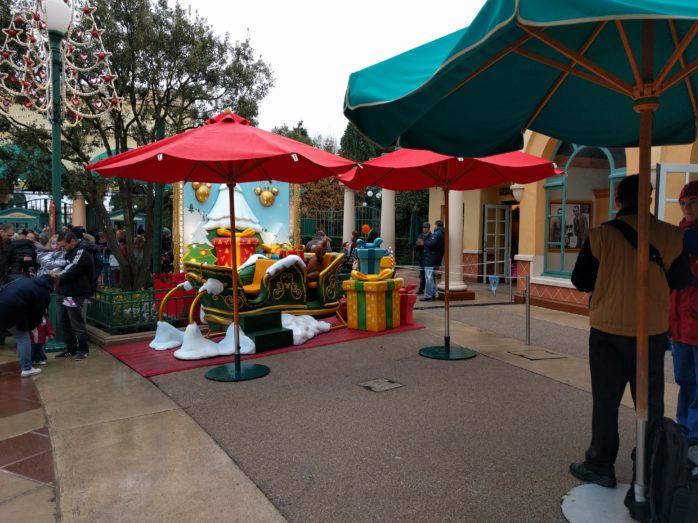 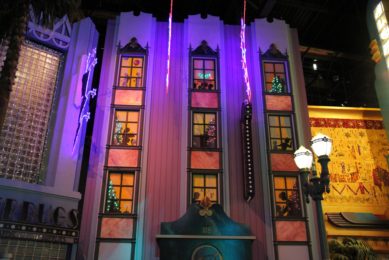 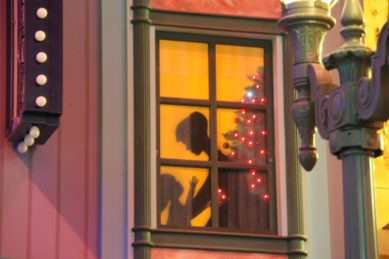 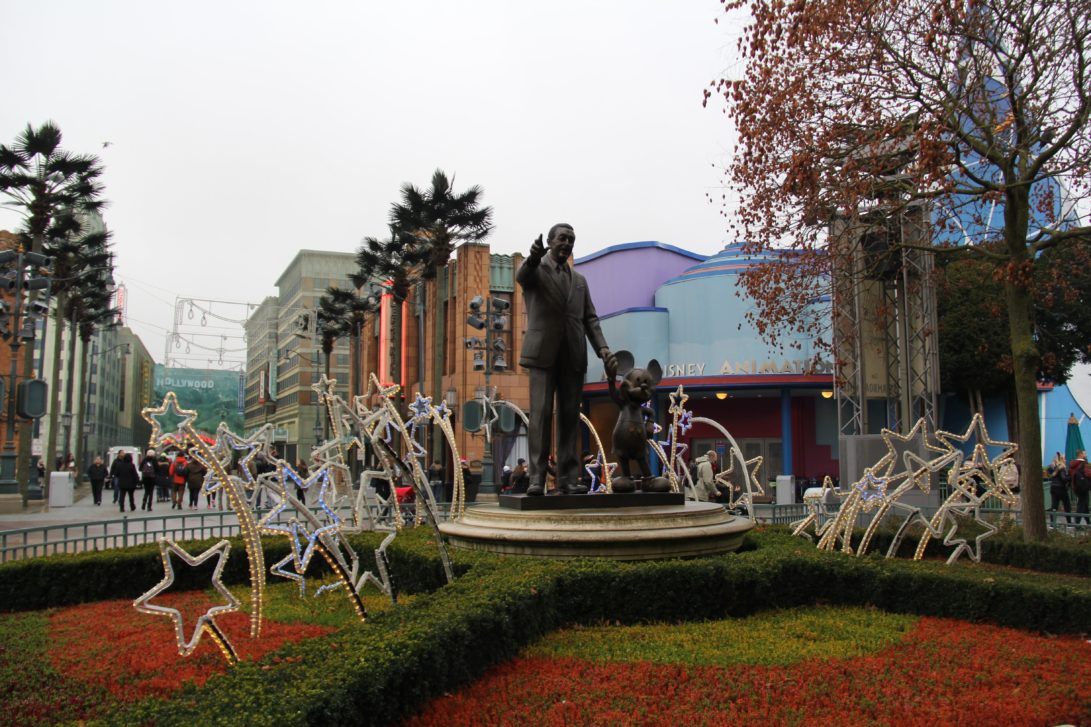 Disney Village was also decorated. The little stalls offered you all kinds of sweets and holiday related merchandise. It just gives you a great walk to or from the parks, allowing you to get that extra bit of holiday spirit. While the stalls are out several other seasons of the year as well, during this time it just made the atmosphere complete. 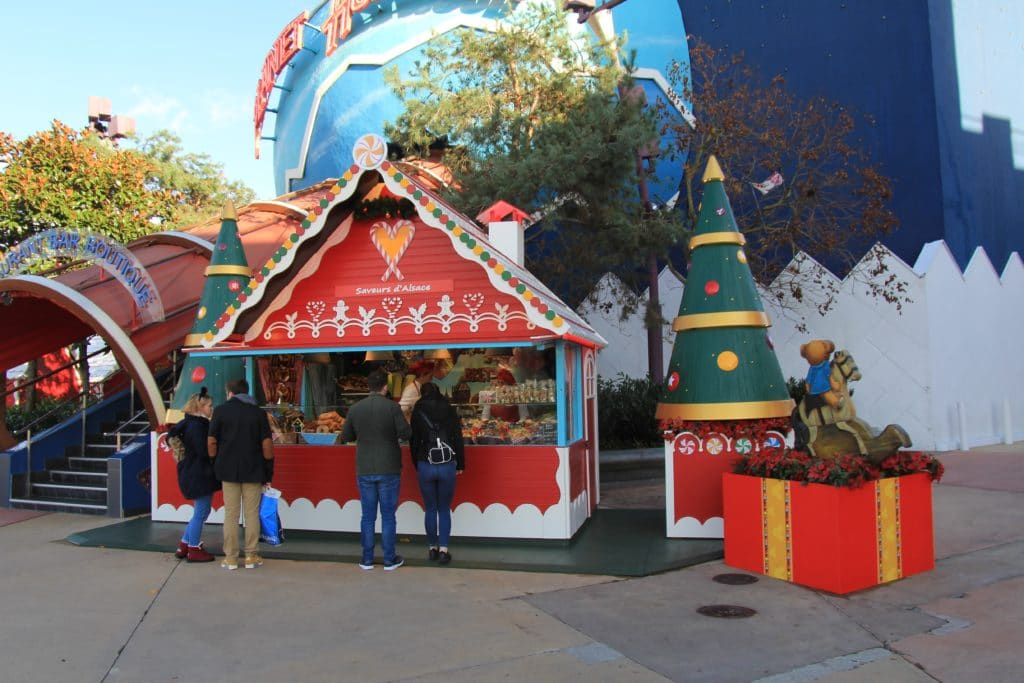 Even when you are not staying at any of the Disney Hotels, it is worth paying them a visit. Last year we stayed at Hotel Cheyenne and Hotel New York. We walked over to all the other hotels. Each hotel has their own decorations and they do match the overall decor of the hotel. We had a drink a Hotel New York and dinner at New Port Bay, but we quickly walked into all the other hotels to get a glimpse of their Christmas tree and it already became somewhat of a tradition. 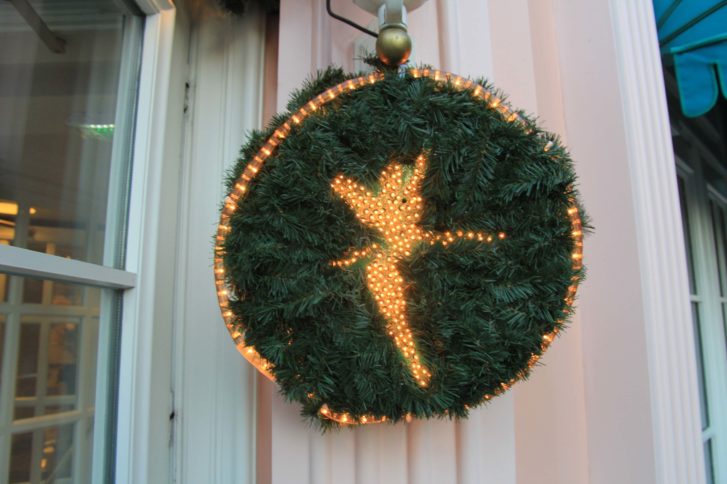 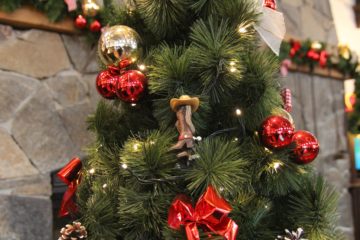 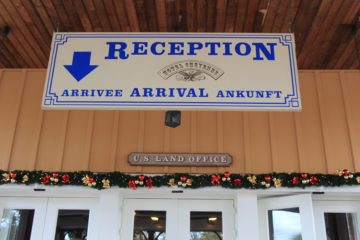 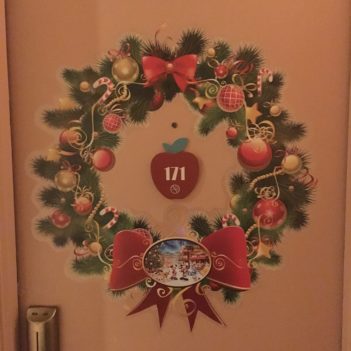 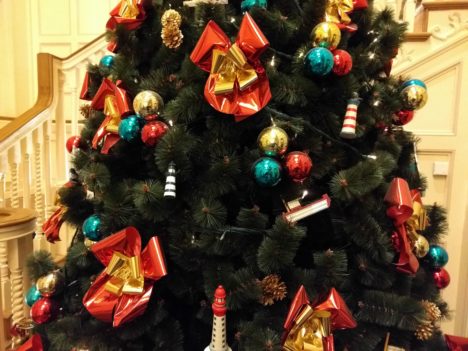 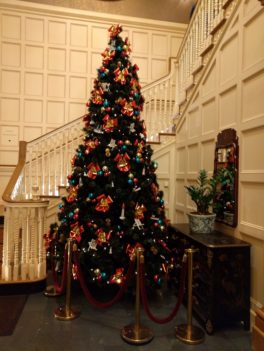 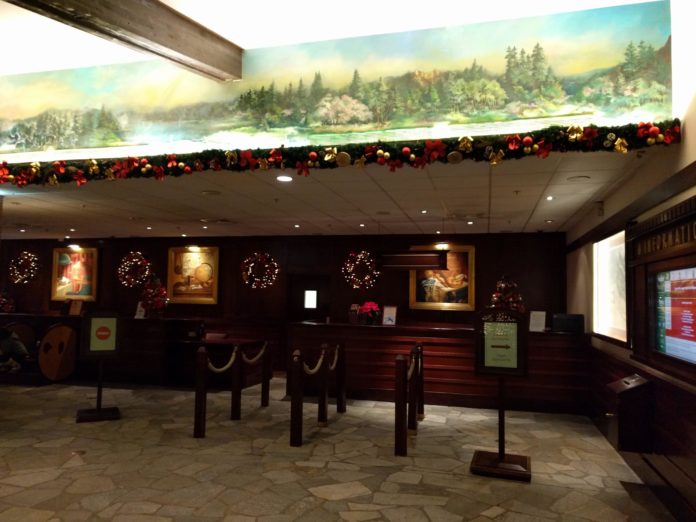 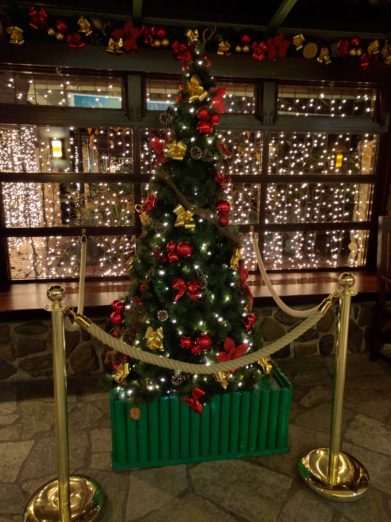 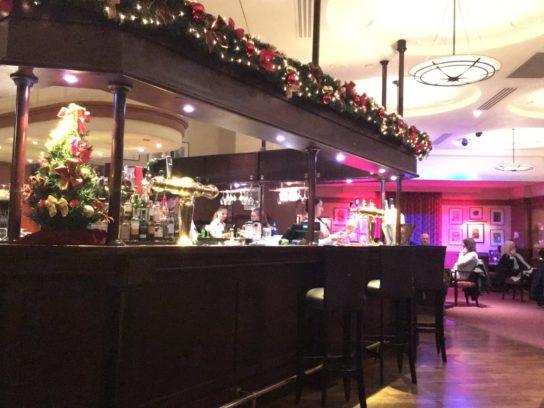 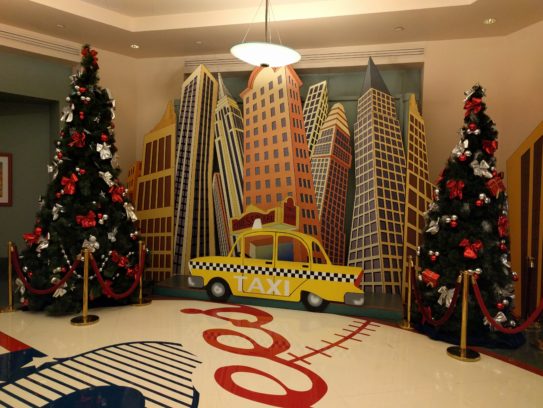 And that was Run Disney 2019 at Disneyland Paris! Check our stories for more photos of the 5, 10 and 21k!#dlp #disneyland #disneylandparis #Instadisney #Disneygram #rundisney

Time to count down to Halloween! We will be back at Disneyland Paris for the first Halloween party which takes place on Oct 26! Can't wait! Are you visiting a Disney Park for Halloween? #dlp #Disneyland #disneylandparis #halloween #disneyhalloween #jackskellington #nightmarebeforechristmas #InstaDisney #Disneygram #phantommanor #fallseason🍁

Will you be Melanie's next groom? Or will the Phantom keep you away? ⠀ ⠀ #dlp #disneylandparis #disneyhalloween #halloween #disneyland #paris