The special event at Tokyo Disneyland Park will again be themed to a Halloween music festival. Mickey Mouse and his Disney Friends join ghost and skeleton “stars” in entertaining Guests with a variety of amusing and exciting musical performances in “Halloween Pop’n LIVE” presented along the parade route. Besides new music this year, Mickey Mouse, Minnie Mouse and their friends will
wear new costumes. Also, an MC will appear for the first time to take the excitement to a higher level.

To increase the sense of being a part of the festival, the Park will offer special merchandise such as a “music festival” towel that Guests can wave together with the Disney Friends, the dancers and other Cast Members. And enhancing the sensation will be special food items that are easy to enjoy while walking around the Park. In addition to the photo locations of the Disney Friends performing for the music festival, jack-o’-lanterns, ghosts and other Halloween decorations around the Park will create a special ambiance that can only be experienced at Tokyo Disneyland. 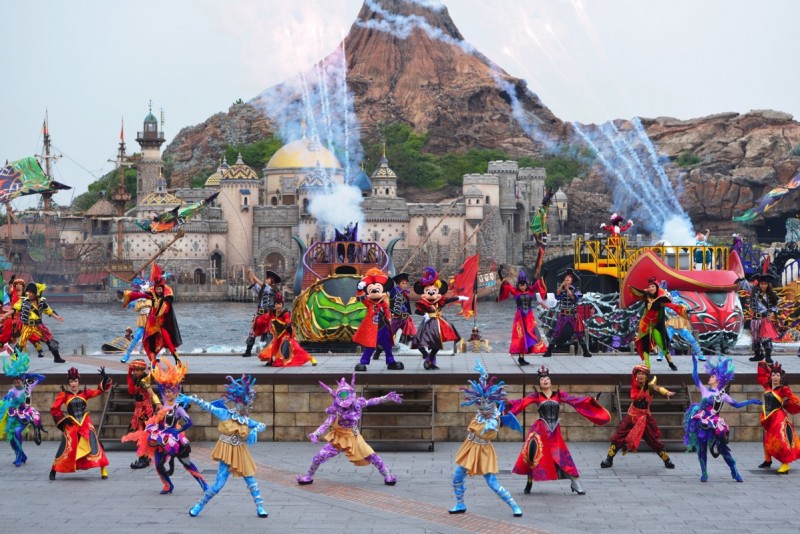 Back again this year with brand new music, the “Halloween Pop’n LIVE” parade is themed to a music festival and will run twice daily. The Disney Friends invite all the Guests to join in the excitement as a wide variety of music performances are presented in a Halloween atmosphere. 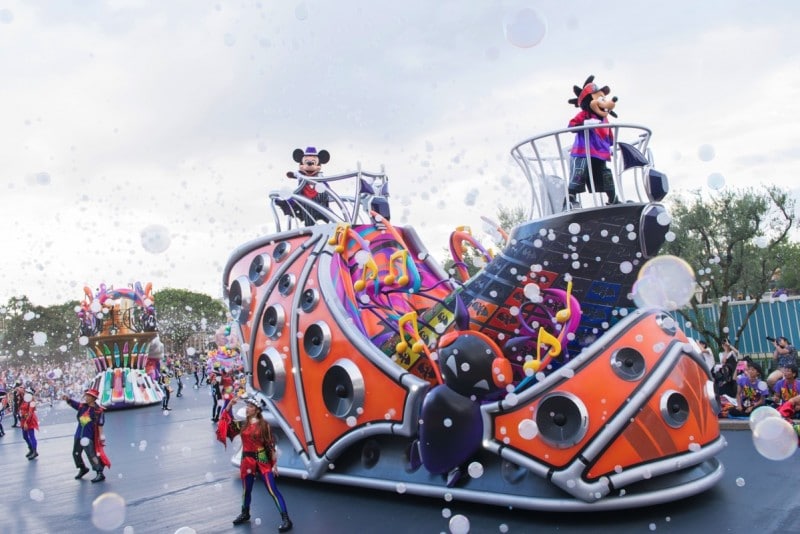 Wearing new costumes, the Disney Friends together with the ghosts and skeletons who are entertainment “stars” have come to give Guests a fun time in the spooky Halloween atmosphere of the parade route. Goofy, the parade’s promoter, enters at the head of the parade, while the Disney Friends, dressed up as jack-o’-lanterns, witches and other Halloween characters, follow with the “stars” of Halloween. They all show off their dancing and other musical performances.

The parade stops in seven locations and the floats each present a different genre of music, including club, pop, jazz, rock and Latin, for a unique Halloween-style performance. Some floats will feature an MC raising the level of excitement even more. Guests can join in dancing and clapping to the cheerful rhythms as the music festival reaches its high point. Guests are sure to have a fun time together with the Disney Friends.

Spectacular fireworks will go up at both Tokyo Disneyland and Tokyo DisneySea, to music inspired by Halloween.

Dressing up for Halloween

This will be the 20th year that “Disney’s Halloween” has been held, and for the first time both Parks will allow Guests of all ages to dress up as Disney Characters on any day during the special event period. Guests will be able to immerse themselves in the world of Disney even more as they get into the Halloween spirit by dressing up with simple character touches or going all the way with full character costumes. 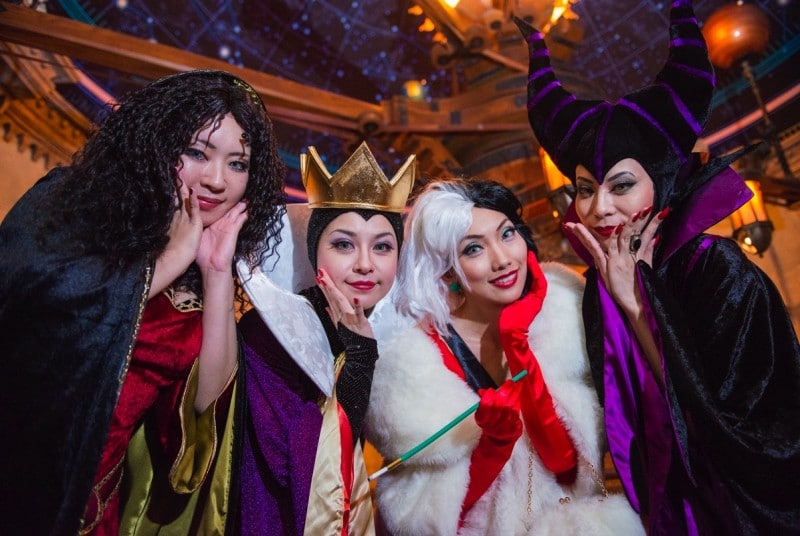 For the safety of everyone concerned, Guests in costume may not be allowed to ride some attractions.