On March 26th, the 25th Anniversary season of Disneyland Paris will start. For this anniversary a lot of work has been done to brings guests new shows and entertainment. Some key figures of what has been brought to the park. 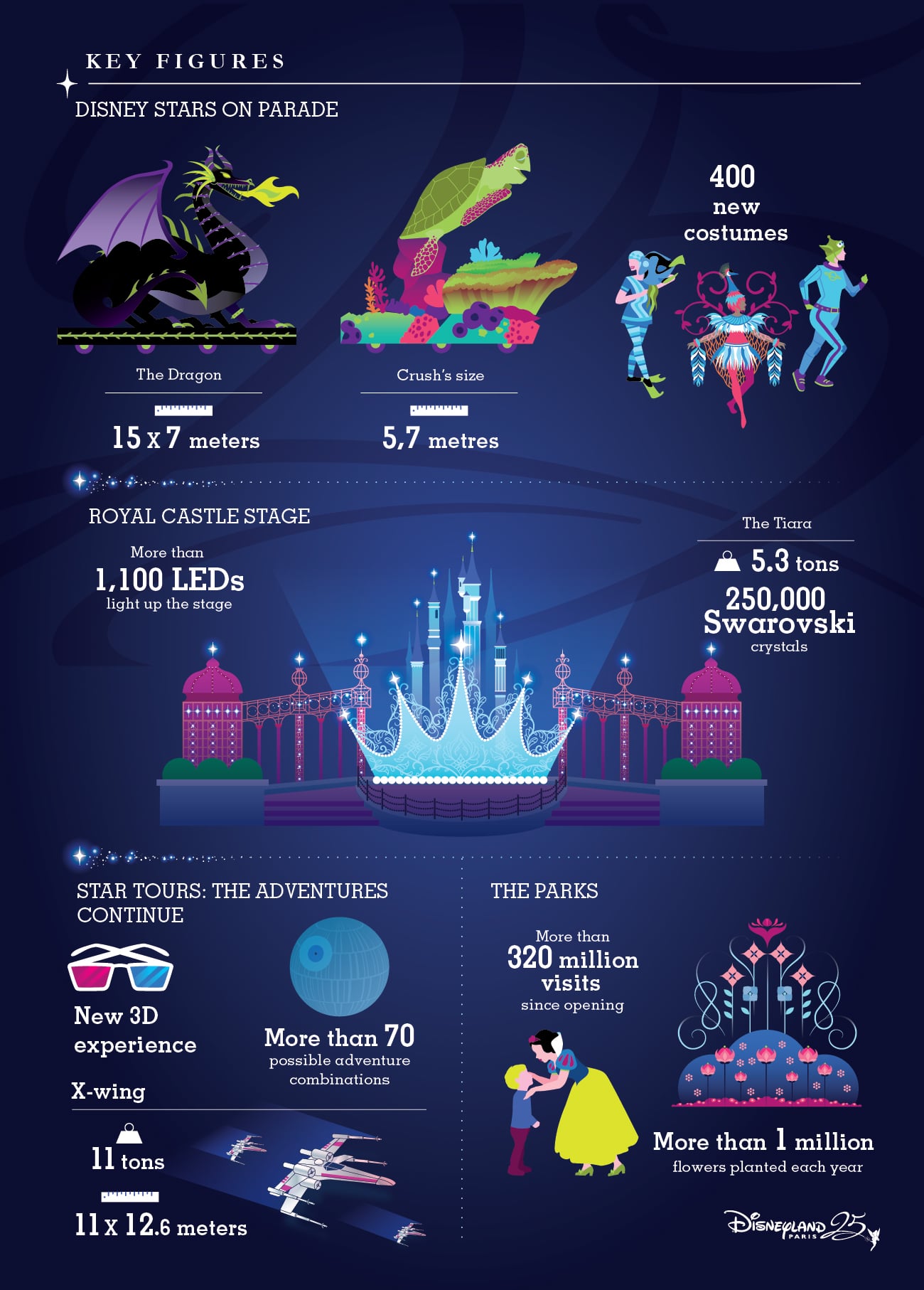