With the photo being shared of the 29th Anniversary preparations, we also got a look at the recently refurbished gazebo at Town Square. 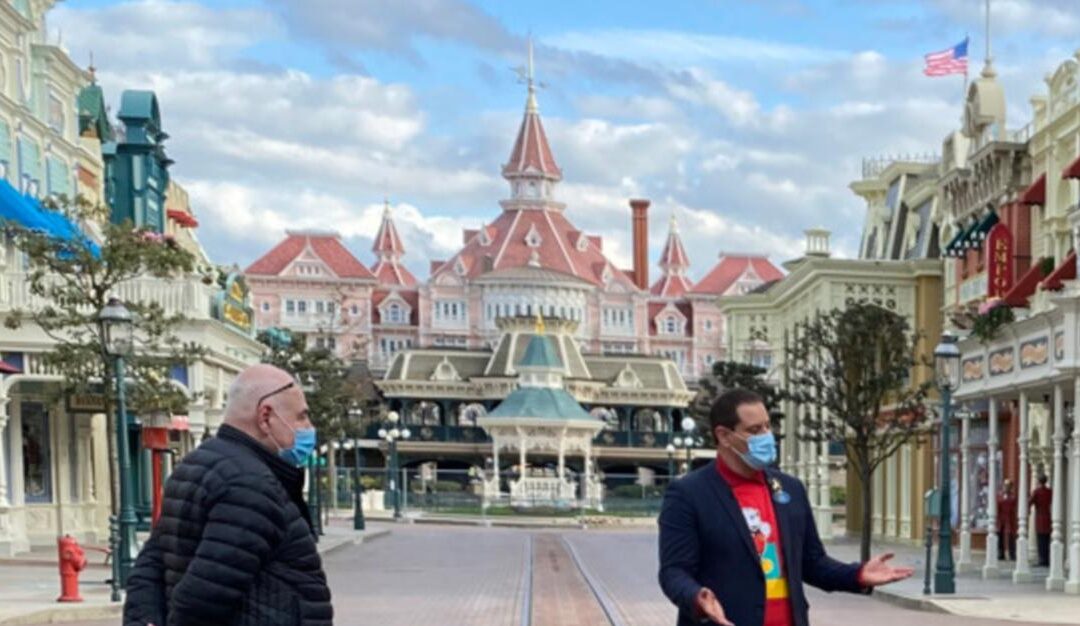 We can see that the scaffolding around the gazebo has been removed, and the roof looks like it got a lot of care. On top of the gazebo you can see a golden cupola/turret.

It does seem that behind the gazebo we see some fencing. Not sure if that is still for the gazebo or that this is for the trolley track which runs over Town Square.