Walt Disney on creating Disneyland: “I don’t want the public to see the world they live in while they’re in the Park. I want them to feel they’re in another world.”

Cars Land invites guests to step right into Radiator Springs and meet some of their favorite friends from the hit Disney•Pixar films “Cars,” “Cars 2” and “Cars 3.” With an expansive 12 acres in Disney California Adventure Park, Cars Land is truly a must-see for anyone visiting the Disneyland Resort. Cars Land is home to one of the largest and most elaborate attractions created for any Disney theme park, Radiator Springs Racers. 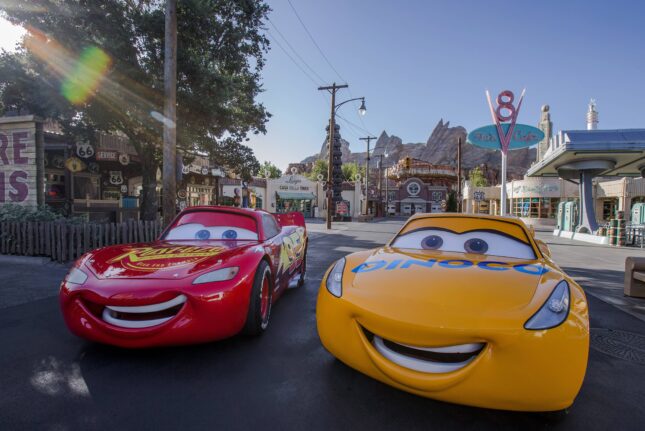 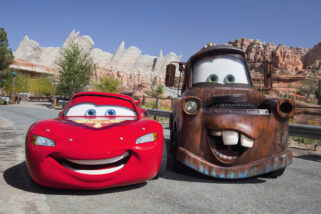 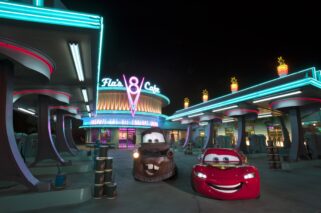 Cars Land opened in June 2012 and is what Bob Iger, president and CEO of The Walt Disney Company, called the “crown jewel of our Disney California Adventure expansion.” The land is an exciting experience for the entire family that captures the essence of Disney storytelling. Cars Land continues to evolve and the newest attraction, Luigi’s Rollickin’ Roadsters, debuted in early 2016 at Luigi’s Casa Della Tires. Guests interact and pose for pictures with Lightning McQueen, Mater, and their new friend Cruz Ramirez from the Disney•Pixar film “Cars 3.” 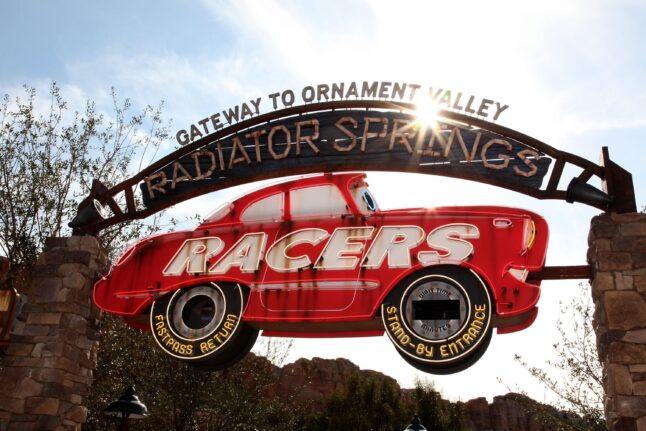 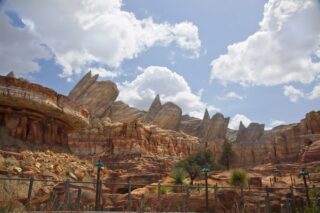 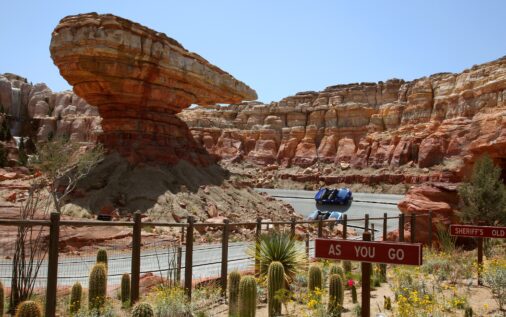 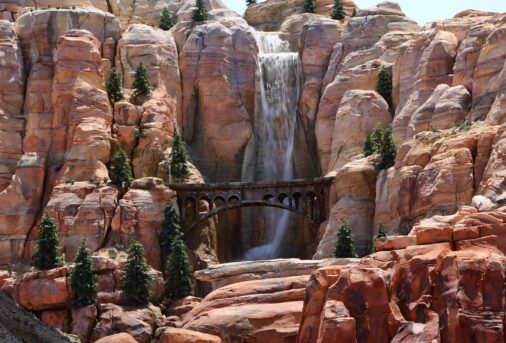 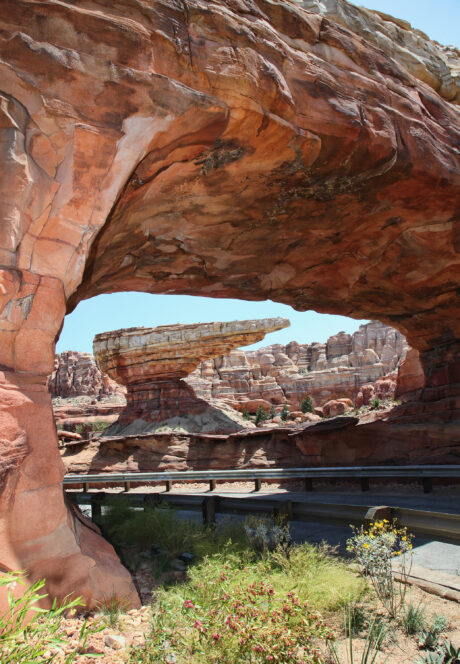 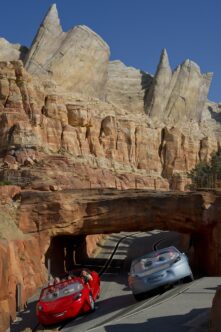 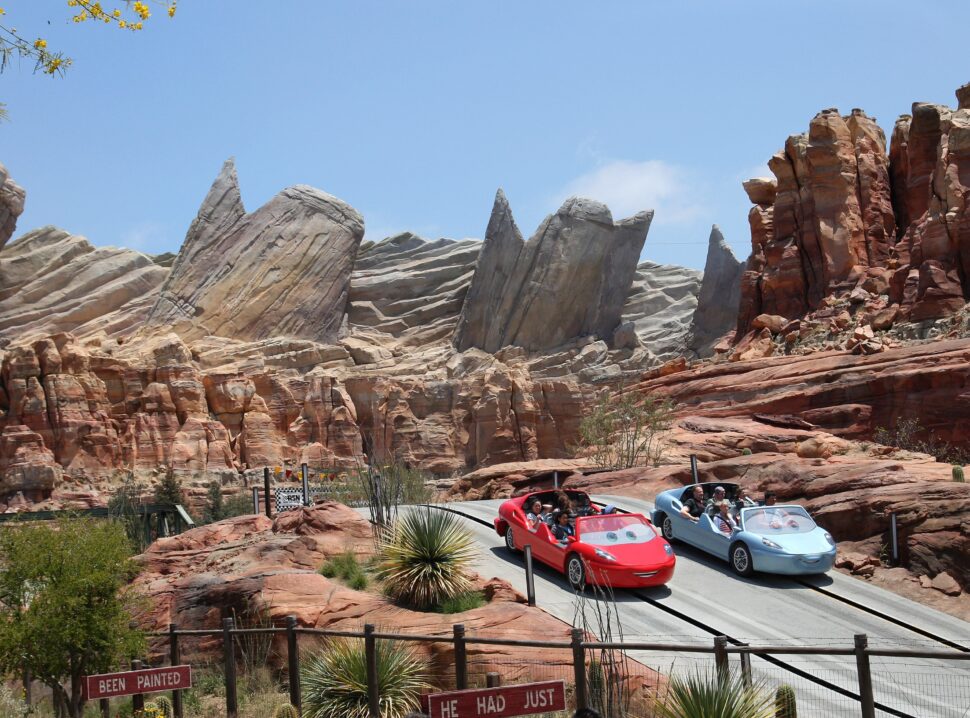 The cast of “Cars” makes sure guests have plenty of entertainment during their journey down Route 66. Lightning McQueen, Mater and Cruz Ramirez interact with guests and pose for pictures throughout the day. DJ’s Dance ‘n’ Drive brings popular music into the town of Radiator Springs and it gets the guests dancing in the street. Modeled after roadside eateries along the original Route 66, Flo’s V8 Cafe is a delicious quick-service dining location for breakfast, lunch or dinner. Some of the menu’s highlights include the Coca-Cola BBQ Sauce drizzled on pork loin, brioche French toast with salted caramel and bananas and house-made pies for dessert. If you’re looking for a snack, Cozy Cone Motel and Fillmore’s Taste-In offer a wide variety of delicious treats from organic fruits to chili “cone” queso.

Imaginative landscaping: The landscape throughout Cars Land continues the legendary, detail-oriented storytelling that can only be found at Disney Parks. From the tail-light “flowers” at Cozy Cone Motel to the tire-inspired topiaries just outside Casa Della Tires, the landscape looks as if the beloved cast of “Cars” decorated each of their homes in Cars Land. The rocky, desert look of Cars Land also immerses guests in the Route 66 theme. 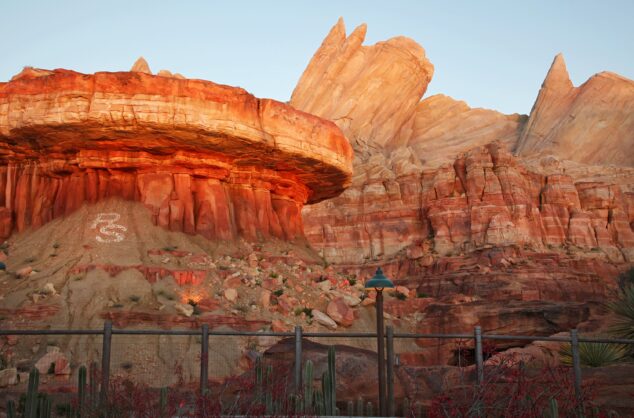 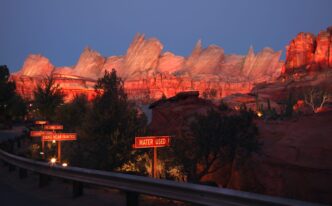 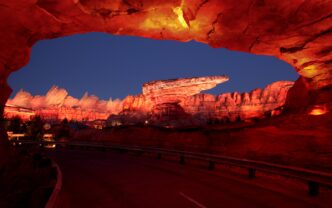 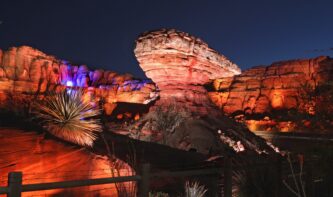 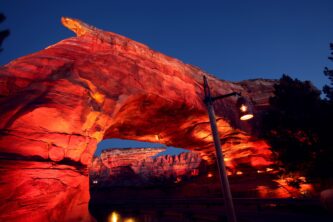 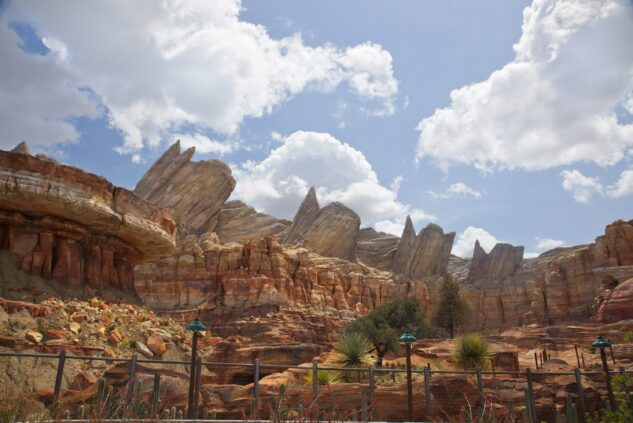 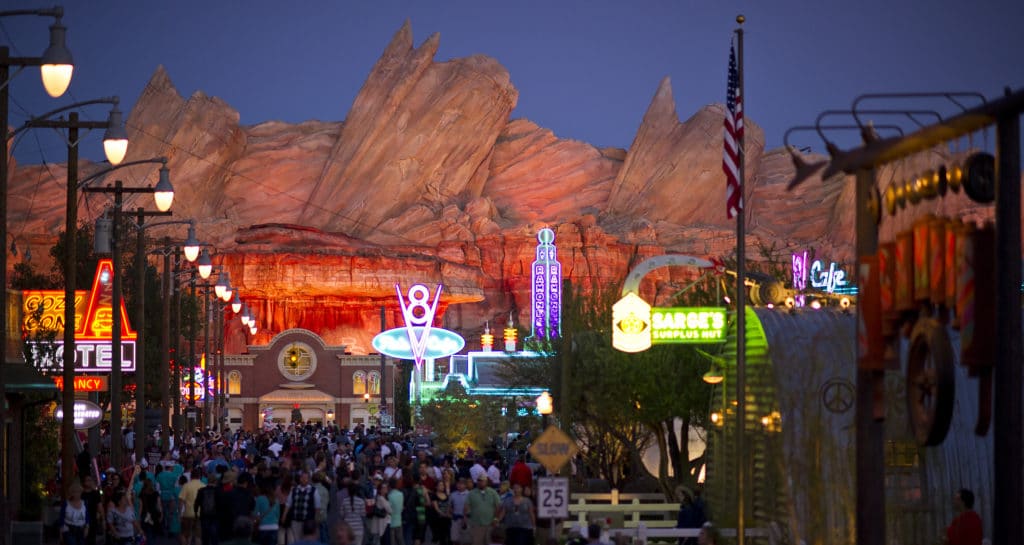