This event starts on October 1, 2021 but no end date has been announced yet.

On Oct. 1, 1971, Walt Disney World Resort officially opened to guests for the first time, the culmination of years spent imagining, planning, and developing Walt Disney’s magical dream. In the five decades since the vacation destination continued to expand with new stories and characters and adventures to cherish for a lifetime. And now with a major milestone approaching, guests can share in “The World’s Most Magical Celebration” beginning Oct. 1, 2021, in honor of the resort’s 50th anniversary.

This 18-month celebratory event will feature new experiences at the resort’s four theme parks and beyond, where shimmering EARidescent décor will appear as if by magic. Shining at the center of it all will be Cinderella Castle at Magic Kingdom Park, which will add to its royal makeover from 2020 with new gold bunting, sparkling golden embellishments, and other new enhancements, including a 50th-anniversary crest warmly welcoming guests to join the festivities.

The following experiences will be offered to guests:

A new nighttime spectacular, “Disney Enchantment,” will help kick off the 50th anniversary festivities when it debuts Oct. 1 at Magic Kingdom Park. Created to launch with “The World’s Most Magical Celebration,” this evening extravaganza will take guests on a journey filled with adventure, wonder and empowerment. Inspiring everyone to believe in magic, “Disney Enchantment” will feature music, enhanced lighting, stunning fireworks and, for the first time, immersive projection effects that extend from Cinderella Castle down Main Street, U.S.A. 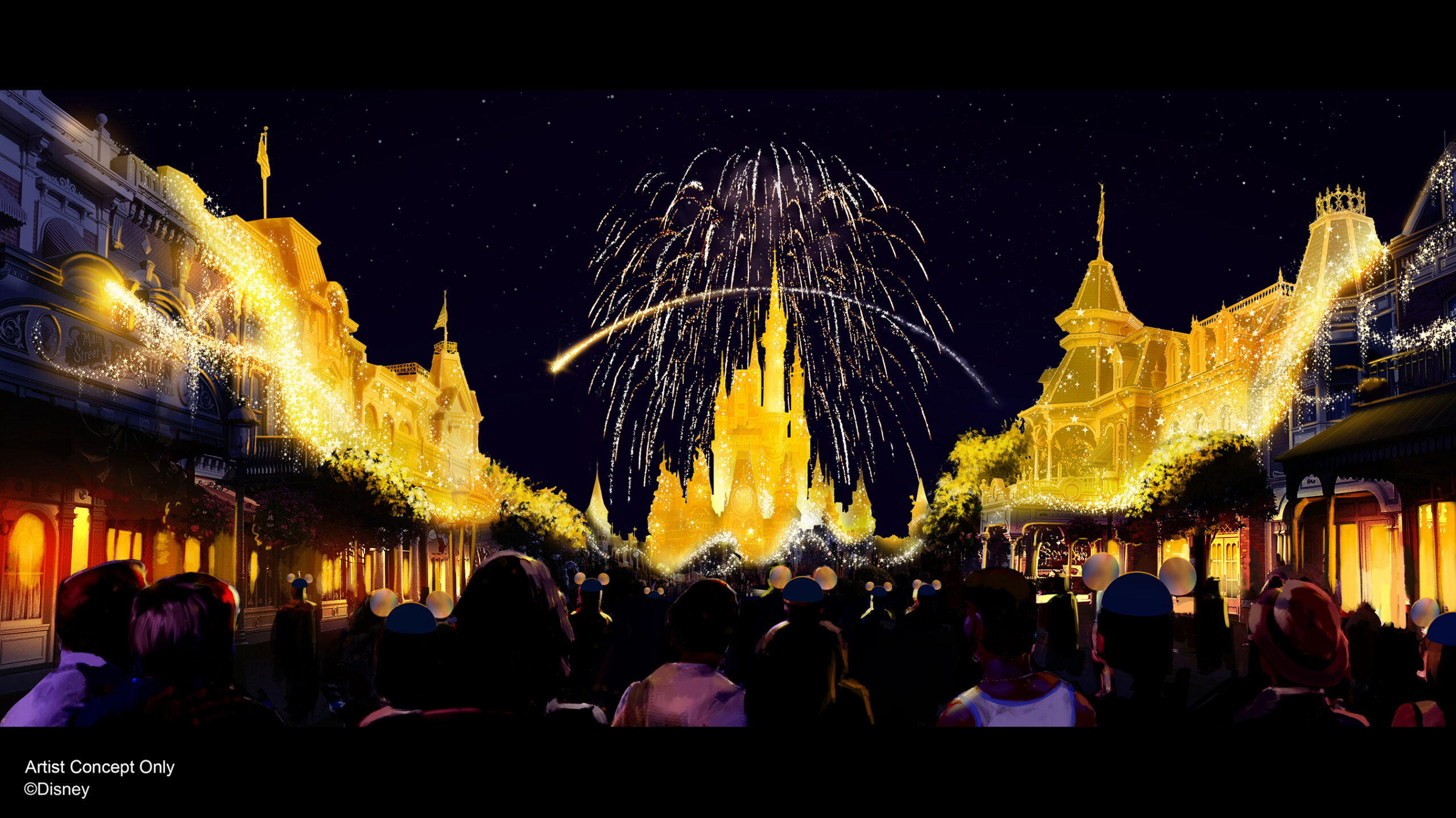 Joining “Disney Enchantment” on Oct. 1 will be “Harmonious” at EPCOT, one of the largest nighttime spectaculars ever created for a Disney park. This new show will bring the globe together at World Showcase Lagoon in a celebration of Disney music that inspires people worldwide. It’s a grand, powerful tribute to the unifying power of story and song, embracing new technical magic that incorporates pyrotechnics, fountains, lighting and media in new ways. “Harmonious” will feature new interpretations of classic Disney songs, reimagined in more than a dozen languages by a diverse group of 240 artists from around the world. 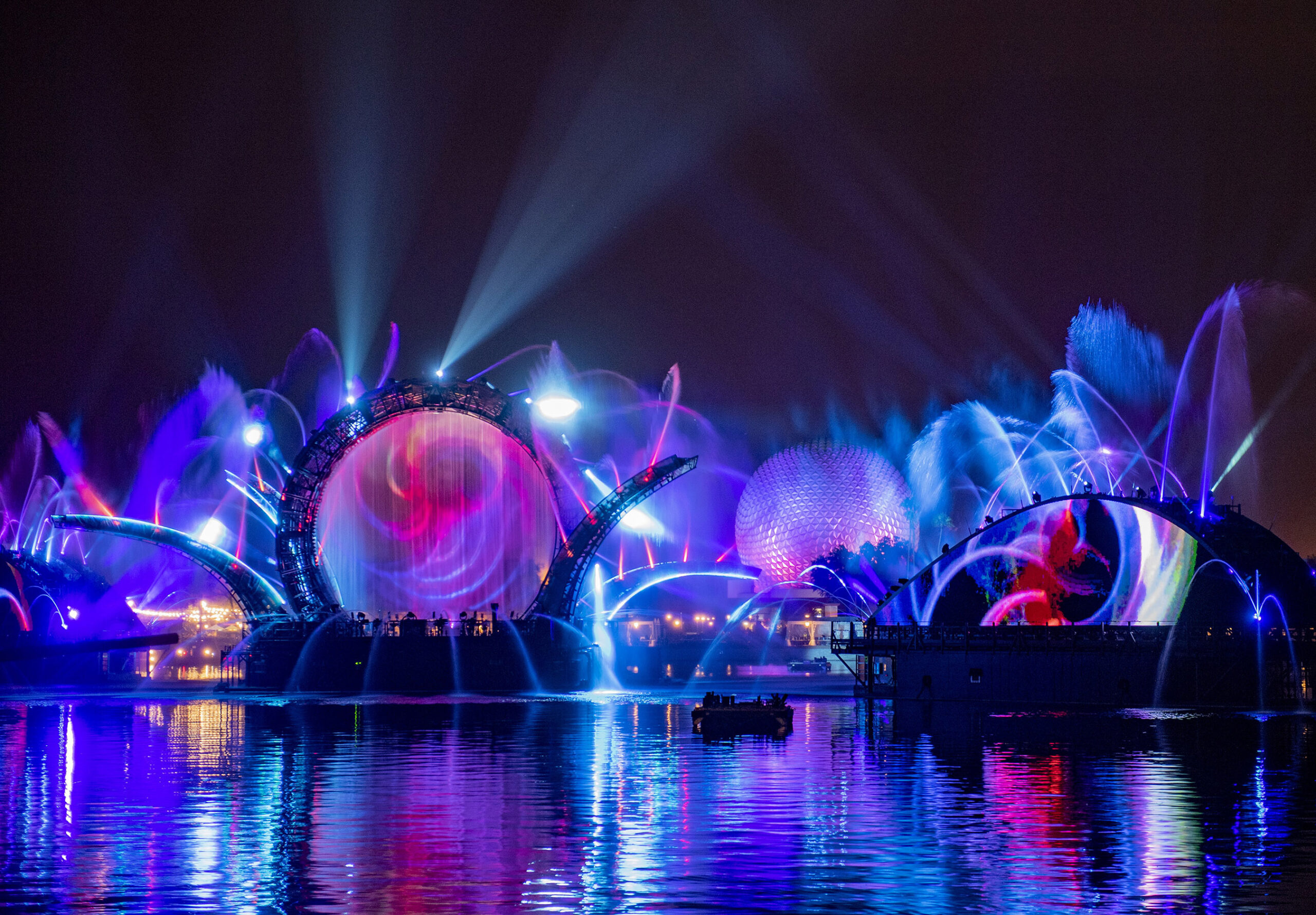 As part of “The World’s Most Magical Celebration,” icons at each Walt Disney World theme park will transform into magnificent Beacons of Magic at night, coming to life with their own EARidescent glow*. 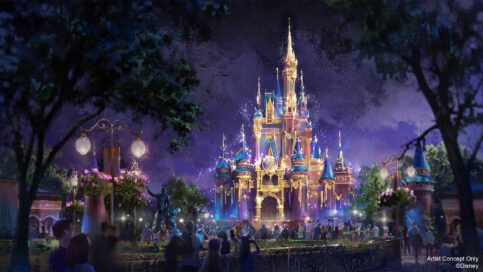 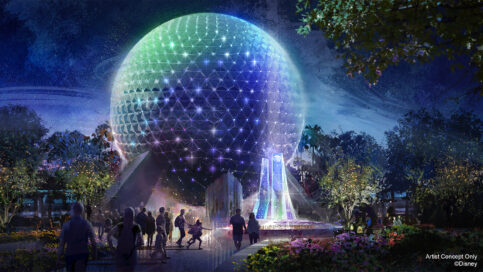 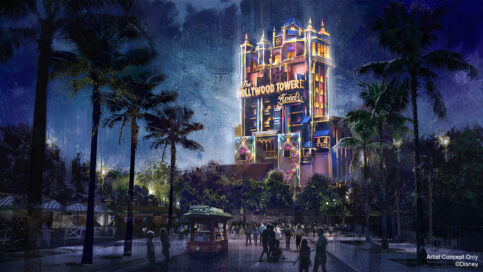 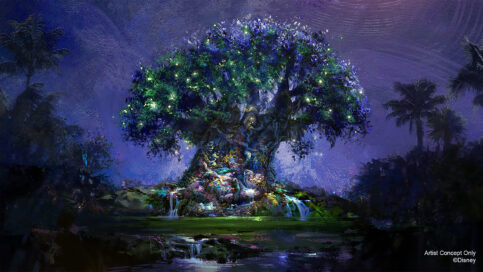 New daytime entertainment is stirring at Disney’s Animal Kingdom Theme Park, as “Disney KiteTails” will come alive several times daily beginning Oct. 1 inside the Discovery River Amphitheater. Performers will fly windcatchers and kites of all shapes and sizes, while out on the water elaborate three-dimensional kites – some stretching to 30 feet long – will depict Disney animal friends, including Simba, Zazu, Baloo and King Louie. These colorful creations will dance through the sky to the beat of favorite Disney songs in an uplifting, vibrant experience for the whole family. 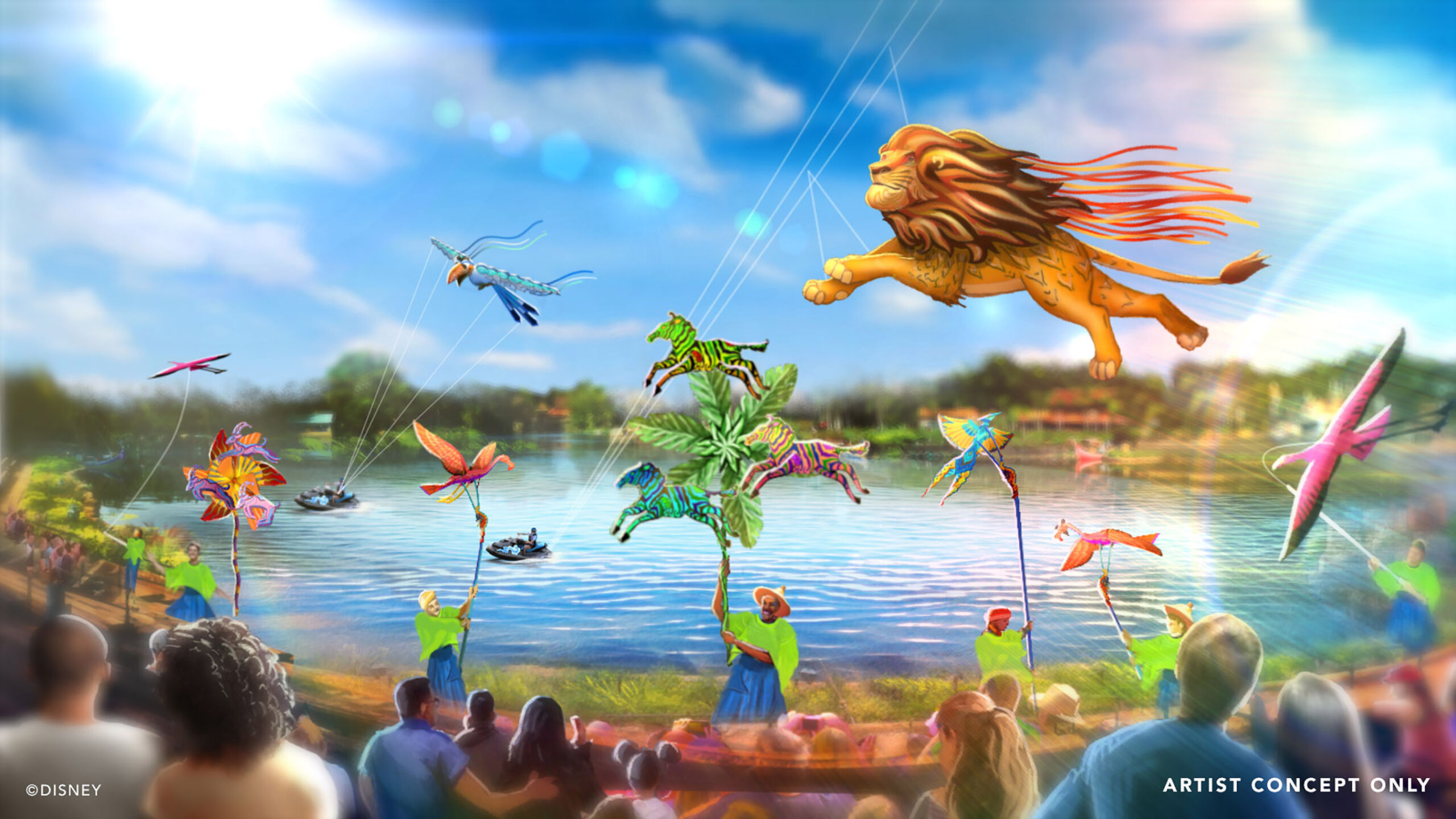 Golden ‘Disney Fab 50’ Sculptures to Appear Across the Theme Parks

Mickey Mouse, Minnie Mouse, Donald Duck, Daisy Duck, Goofy, Pluto and Chip ‘n’ Dale will be part of a new collection of special golden character sculptures debuting Oct. 1 across the four Walt Disney World theme parks. There will be 50 characters featured overall, and guests will be able to interact with the “Disney Fab 50” in surprising ways as part of the 50th anniversary celebration. 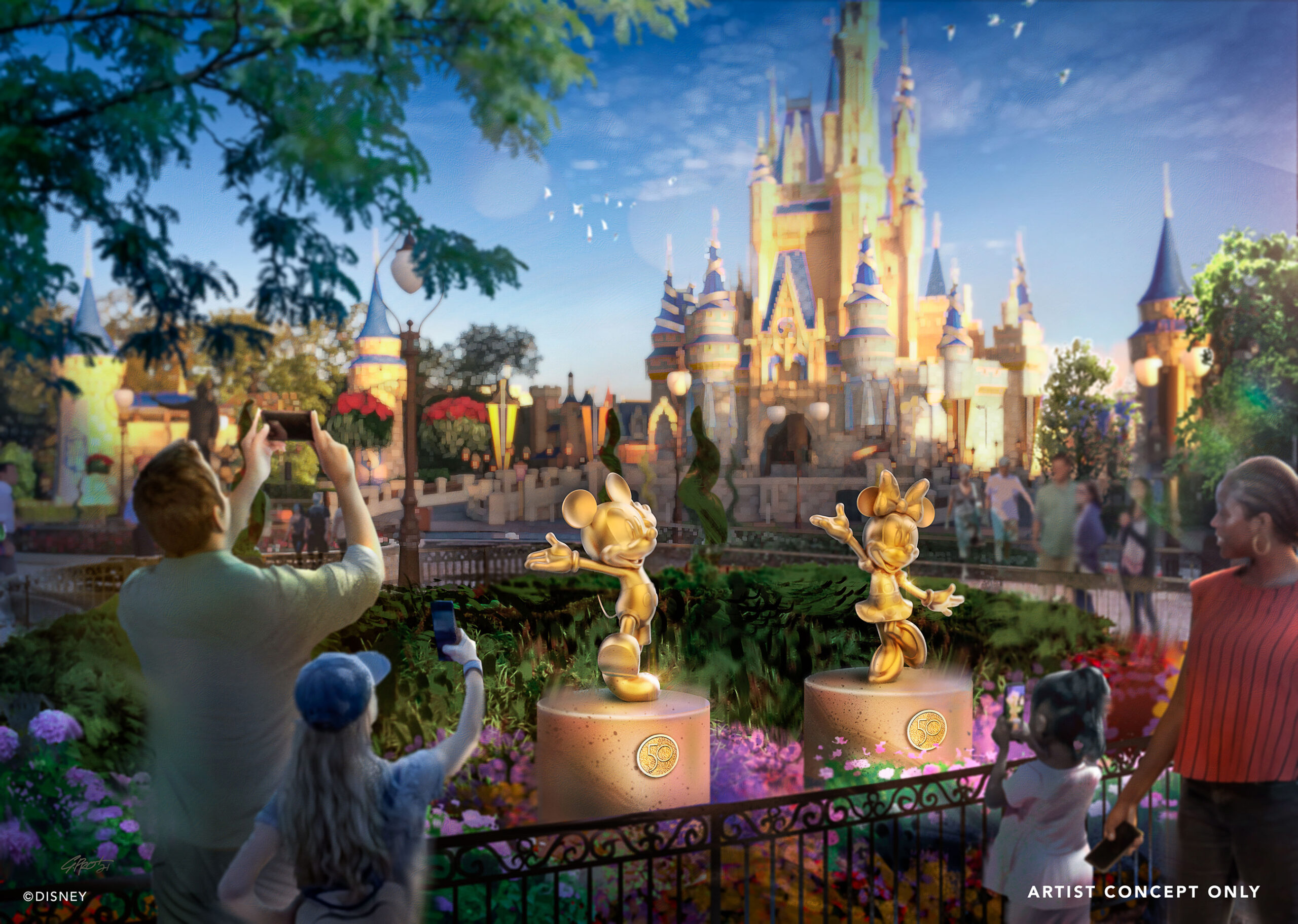 Mickey, Minnie and Friends Will Be Dressed for the Occasion

Mickey, Minnie, Donald, Daisy, Goofy, Pluto and Chip ‘n’ Dale will also be dressed in sparkling new looks, custom-made for this special occasion. Highlights of these celebratory designs include beautifully embroidered impressions of Cinderella Castle backed by fireworks, as well as a brocade in multi-toned, EARidescent fabric – all punctuated with pops of gold. 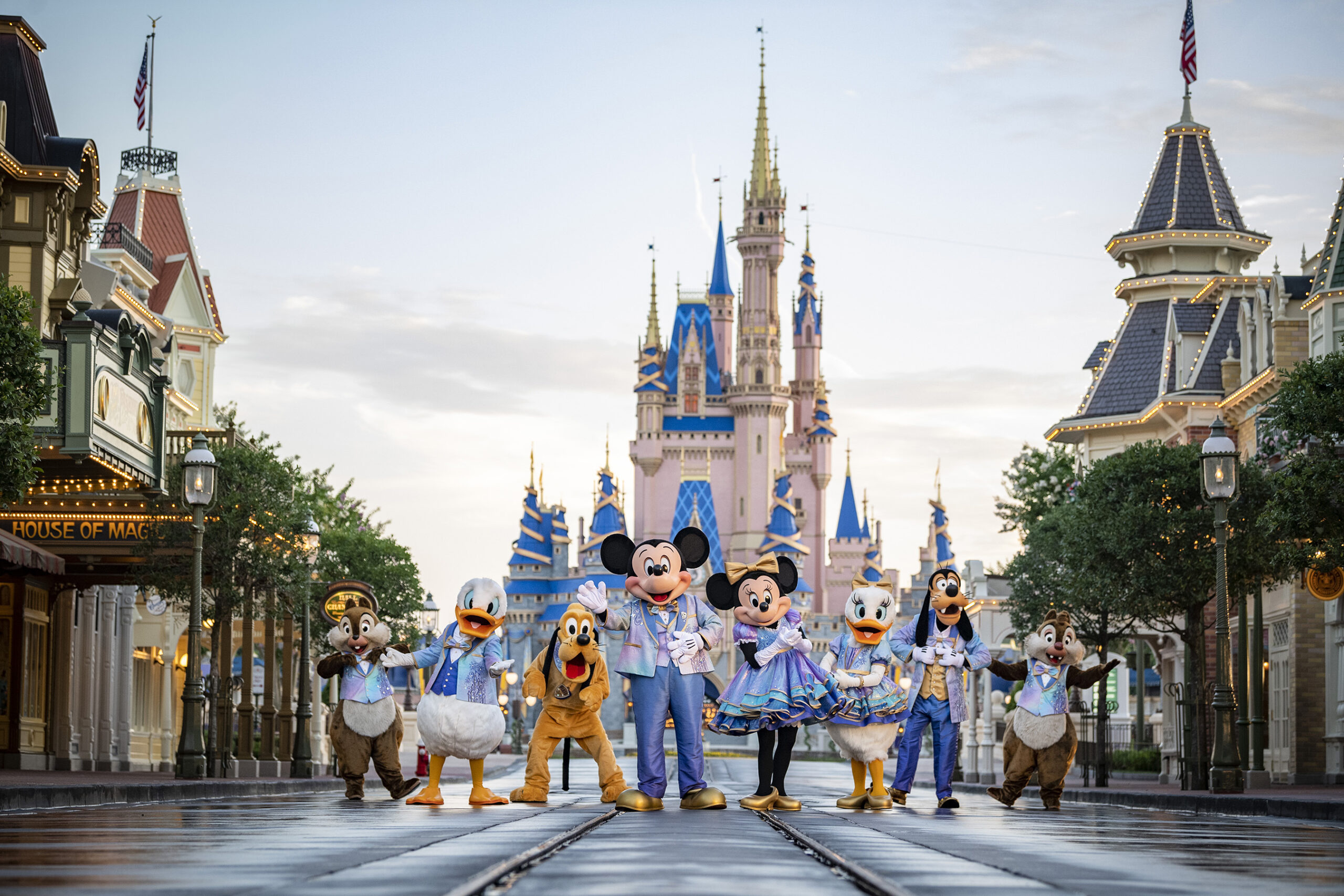 Mickey and Minnie will be the hosts of “The World’s Most Magical Celebration,” joined by Walt Disney World cast members at the heart of this event. Wearing new EARidescent nametags designed for the 50th anniversary, cast will demonstrate yet again why they are renowned for their commitment to service, consistently exceeding guests’ expectations by going above and beyond to make visits to The Most Magical Place on Earth special.