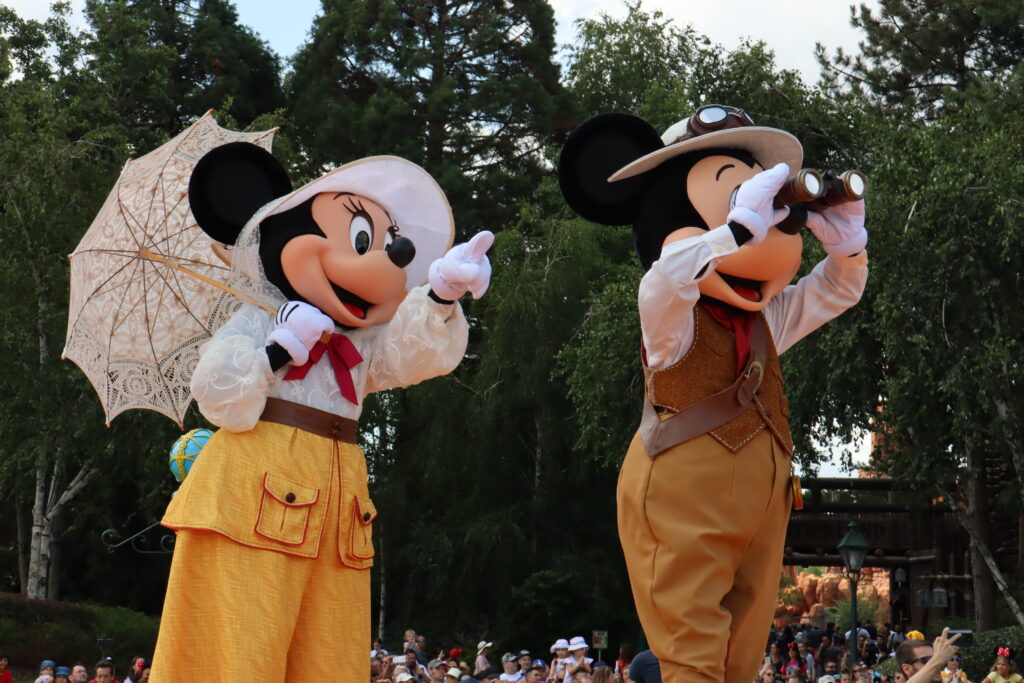 This show is currently not available. Check the section “Schedule” for more information.

The Jungle Book Jive has been cancelled for its 2020 run.

Jungle Book Jive debuted during the Lion King and Jungle Festival in 2019. This fan-favorite brings your favorite Disney Characters, dancing, singing and day-time fireworks together. In approximately 25 minutes you are taken on a journey through the jungle.

What is Jungle Book Jive

Throw your hands up in the air and ‘oobee doo’ during this much-loved and stunningly re-imagined musical voyage through the Indian jungle. Think you know The Jungle Book? Think again, as fabulous floats, including a pink and yellow elephant made of drums, add a spectacularly colourful twist to this classic Disney tale. Of course, Baloo, King Louie and their friends are back, singing and dancing along to some of the greatest Disney songs, while explorer Mickey and his crew rediscover a mysterious land.

How to watch Jungle Book Jive

At the moment the Lineberty app is used for virtual queueing. The queue opens two hours before show start time. You don’t have to be near the theater to use Lineberty, but it is advised to be in the park. Capacity is limited due to health and safety measures.

The Jungle Book Jive through the years

Because of the Corona Pandemic and Closure, Disney’s Lion King and Jungle Festival was cancelled in 2020. Nonetheless The Jungle Book Jive was scheduled to be available as a stand-alone offering. This time the show would not take place at Disneyland Park, but would replace the Stunt show over at Walt Disney Studios park.

While the show premiered and had performances for a week, from the second week on, all performances got cancelled. On Tuesday Sept 8, it was announced that The Jungle Book Jive would not return for the 2020 season.