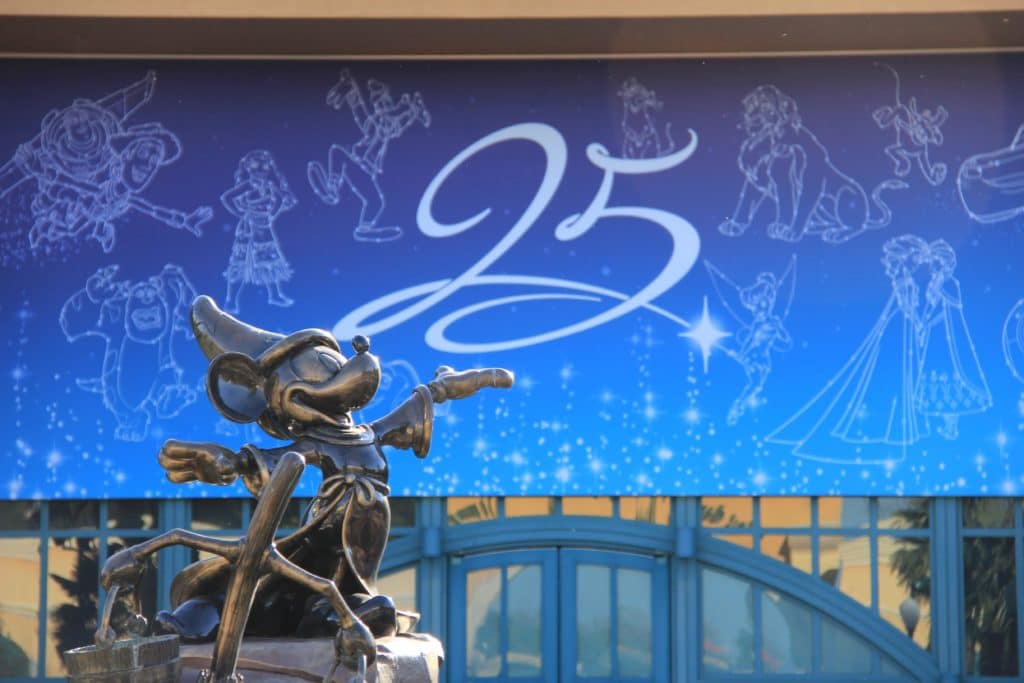 The park has been receiving a full renovation in the last year making sure that the park is as sparkling as it was 25 years ago. Along with the renovations several other new things have been announced:

More information on the parade can be found here. And a behind the scenes look at the Costume Department shows you the works that have been done on the Princess Dresses.

There are several important dates to keep in mind:

You can see more information about the schedule on our special 25th Anniversary Schedule page.

Book a hotel at Disneyland Paris

News about the 25th Anniversary of Disneyland Paris