Today Disneyland Paris announced the various celebrations that will be held for the 25th Anniversary of the park. The celebrations will start on March 26th 2017. No end date has been specified as of yet. 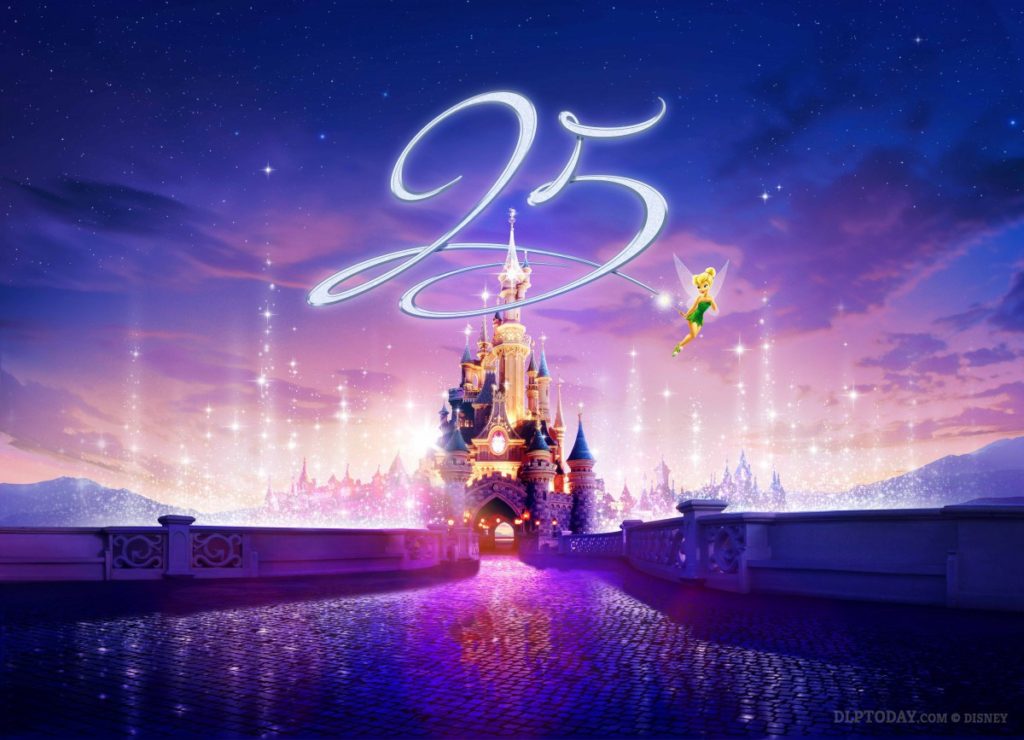 The following shows will replace any existing and running shows at the park.

Looking at this list, we are getting really excited about the upcoming celebrations. It sure will be a time to sparkle!

In the same announcement, it was also mentioned that Star Tours will open again on March 26th 2017 with the title; Star Tours: The Adventure Continues. Space Mountain will return early 2017 as; Hyperspace Mountain.

Visuals of the 25th Anniversary