Tokyo Disney Resort has just announced their annual schedule for Tokyo Disneyland Park and Tokyo DisneySea Park. This schedule will run from April 1, 2019 – March 31, 2020 which is the fiscal year. You can find all details below:

Soarin’ Around the World Opening in Summer 2019 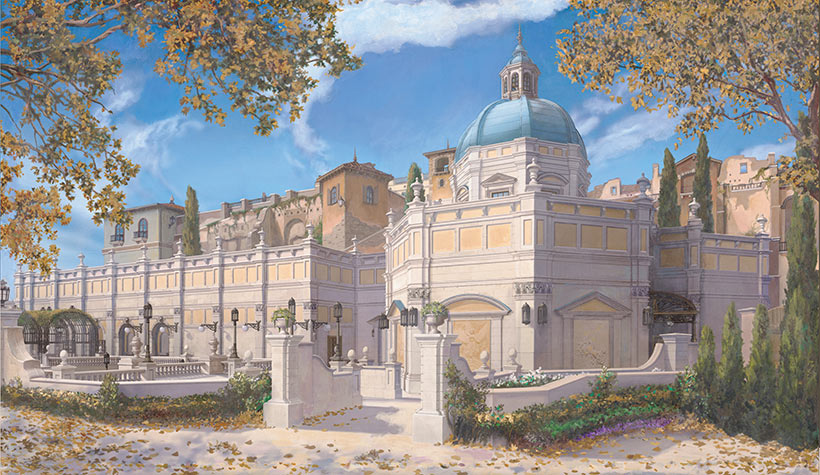 Guests who visit this attraction overlooking Mediterranean Harbor will be able to go on a journey soaring over famous landscapes of the world, while experiencing the breezes and scents that match the various scenes.

This nighttime spectacular, which premiered on July 10, 2018 as part of “Tokyo Disney Resort 35th ‘Happiest Celebration!’” will come to an end on April 26, 2019. With Cinderella Castle as the stage, Mickey Mouse takes Guests on a magical, musical journey around Tokyo Disneyland.

From Summer 2019 a new stage show will be run at Tokyo DisneySea: “Song of Mirage”. In this show presented at the Hangar Stage in Lost River Delta, Mickey Mouse and his Disney Friends go on an adventure to seek out the Rio Dorado (Spanish for “golden river”) and its legendary city of gold. This show features an original story in a rousing live performance with impressive projection mapping. 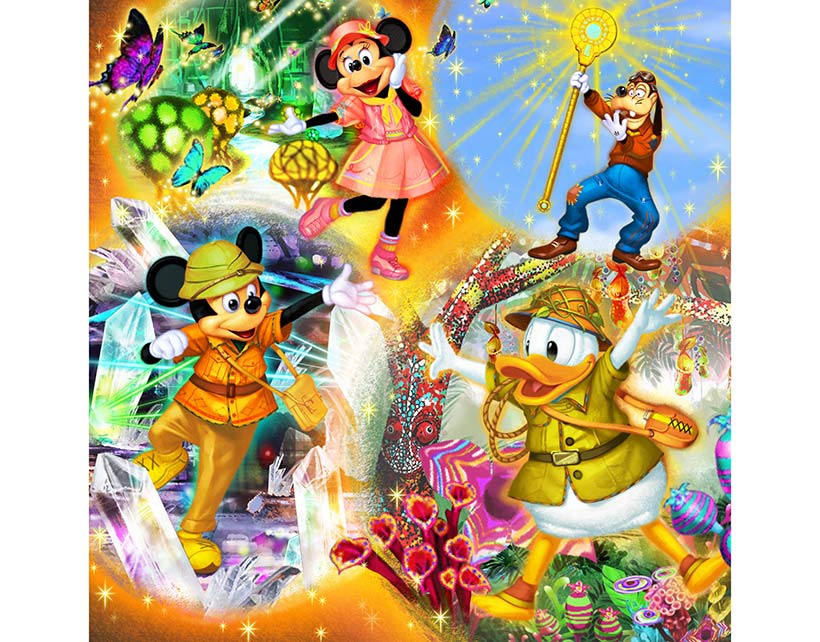 Note: With the introduction of this new show, “Out of Shadowland”, currently presented at Hangar Stage, will close on March 31, 2019.

From April 4 – June 2, 2019 Easter will return to the Tokyo Disney Resort. This regular springtime event will be held at both Tokyo Disneyland and Tokyo DisneySea for the first time in two years. 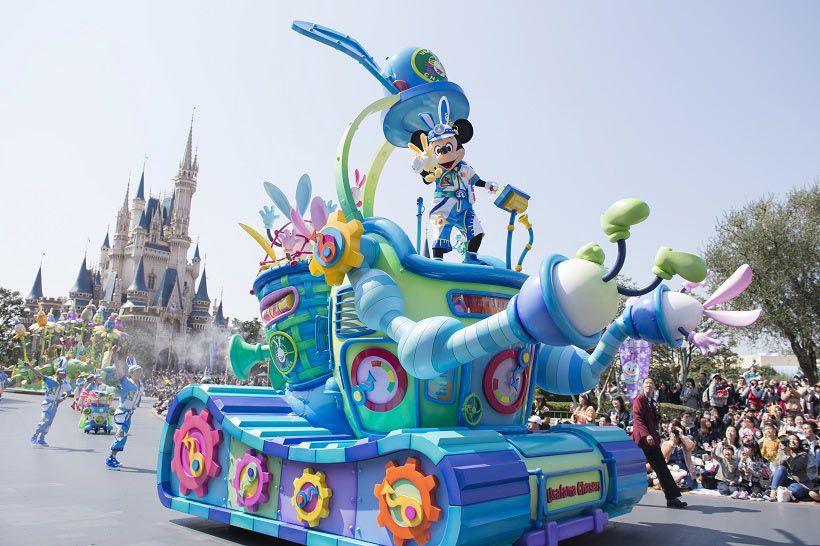 At Tokyo Disneyland, the Easter egg characters with bunny ears, known as “Usatama,” are back again. Together with the Disney Friends, Guests can join these mischievous “Usatama” for some wacky springtime fun! 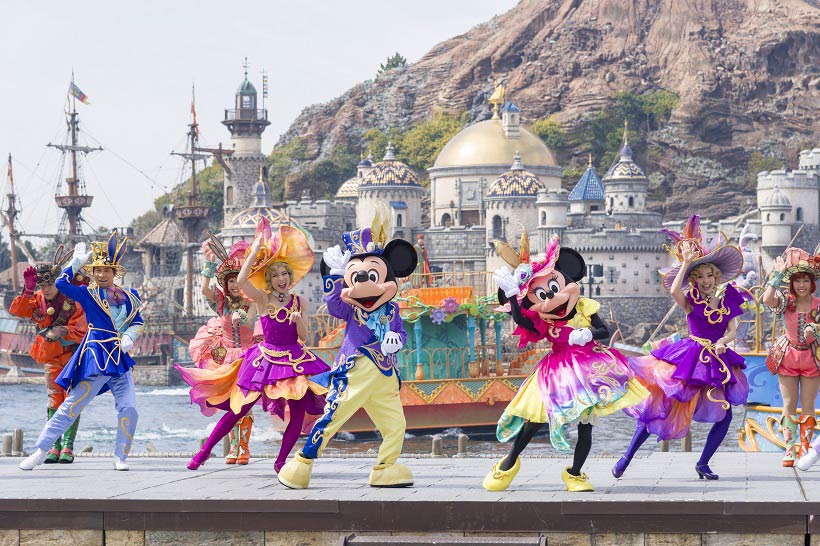 Tokyo DisneySea will offer a brand new theme for the event, so that Guests can experience a bright and colorful springtime atmosphere filled with excitement.

Tanabata Days will be back at the resort in 2019 from June 6 – July 7. The Japanese star festival known as “Tanabata” will be celebrated in unique Disney-style at both Parks. At Tokyo Disneyland and Tokyo DisneySea, Mickey Mouse and Minnie Mouse dressed as Hikoboshi and Orihime, the two star-crossed lovers of this festival, will greet Guests. “Disney Tanabata Days” will feature traditional decorations where Guests can write their wishes on “Wishing Cards” to be hung at the “Wishing Place”. 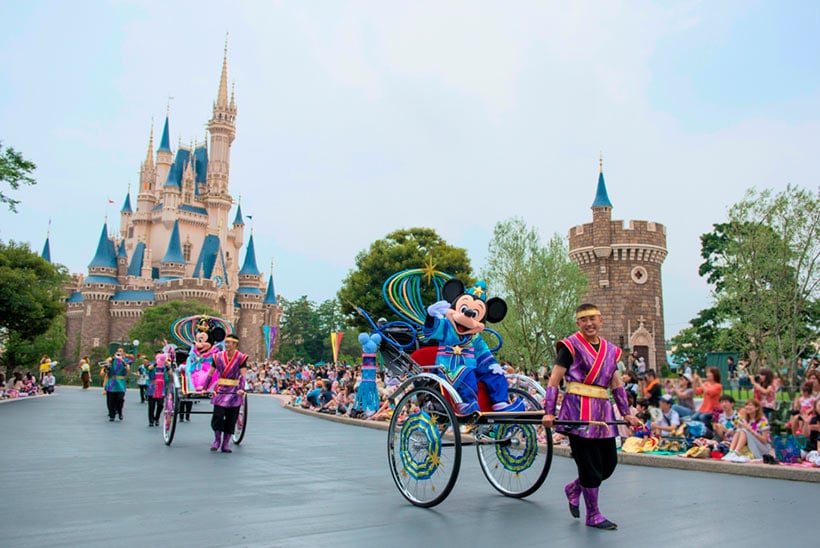 From June 6 to August 27, 2019 guests at Tokyo DisneySea Guests will enjoy the world of Duffy and Friends in this program that offers merchandise, menu items and decorations inspired by Duffy and his friends enjoying a bright summer day at a beach in Cape Cod.

In the summer of 2019, a new event will be added to Tokyo Disneyland. From July 9 – September 1, 2019 “Donald’s Hot Jungle Summer” will be presented with a brand new theme of a colorful jungle, and will feature a stage show after dark in front of Cinderella Castle for the first time in six years. Donald Duck and the Disney Friends entertain Guests in this thrilling performance enhanced with tons of spraying water and fire. 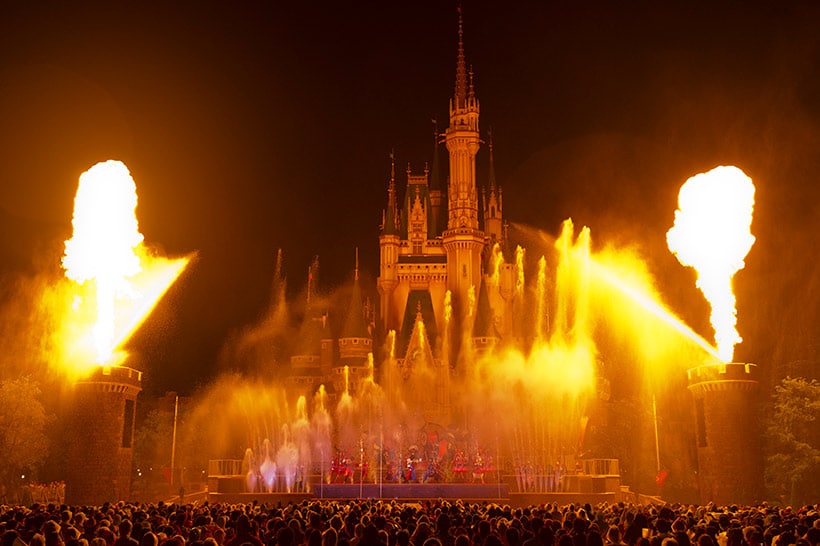 This special event brings the world of the Disney Pirates of the Caribbean film series to Tokyo DisneySea. At Mediterranean Harbor, Guests can enjoy a show featuring Captain Jack Sparrow, Captain Barbossa and their motley crew of pirates, as well as a variety of atmosphere entertainment presented throughout the Park. The pirate theme is also the inspiration for special merchandise, menu items and decorations, transforming Tokyo DisneySea into a swashbuckling world of pirate fun! 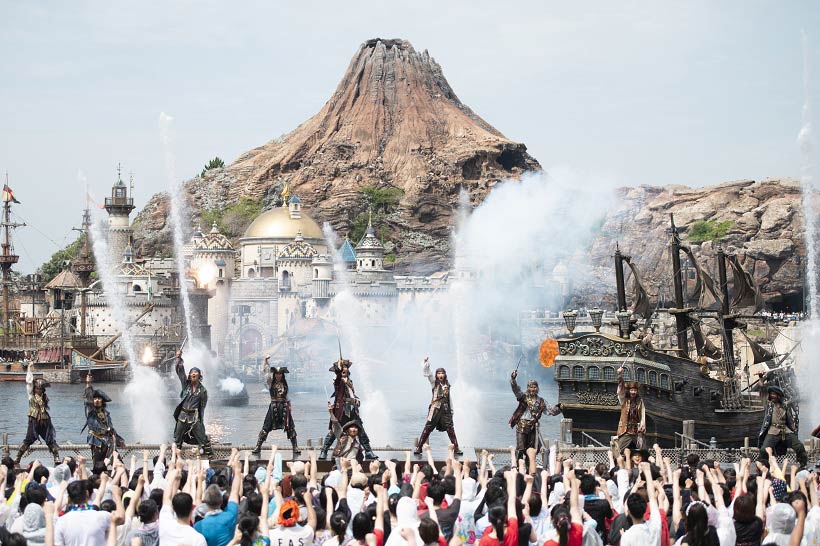 Disney Halloween at both park It is Christmas at both Tokyo Disneyland and Tokyo DisneySea from November 8 – December 25, 2019.

At Tokyo Disneyland, Guests will enjoy the special event themed to “pop-up storybooks full of the Disney Friends’ Christmas fun.” The parade presented along the parade route will bring to life pages from storybooks showing the Disney Characters having fun at Christmastime. 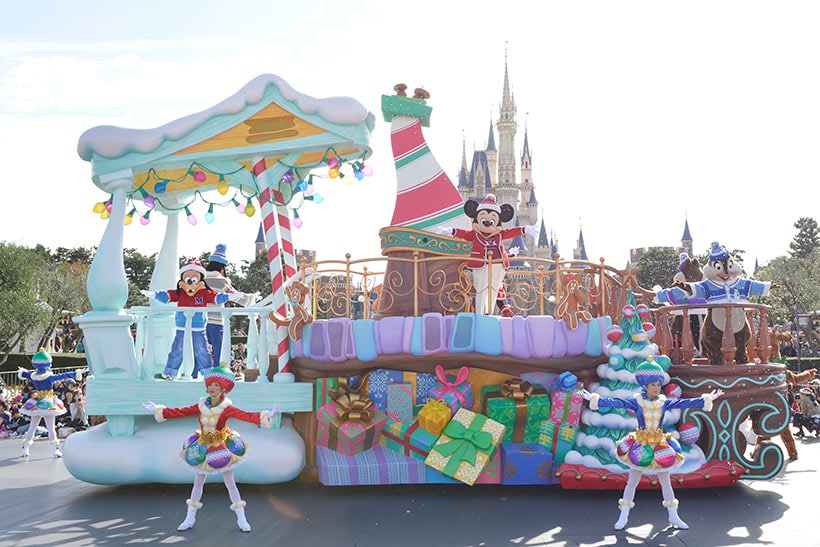 The Christmas event at Tokyo DisneySea will feature a splendid, colorful revue presented at Mediterranean Harbor. Guests will be enchanted with live performances that create a wonderful holiday mood unique to Tokyo DisneySea. A nighttime entertainment will also be presented on the harbor waters featuring a towering Christmas tree and illuminations.

Celebrate the New Year from January 1 to 5, 2020. Both Parks will celebrate the start of the year with colorful Japanese-style New Year’s decorations at the main entrances, traditional New Year’s cuisine and merchandise featuring the zodiac animal for the year. Mickey Mouse and his Disney Friends will be dressed up in kimono to welcome Guests in Japanese style. One Man’s Dream II － The Magic Lives On closing

From January 10 – March 19, 2020 a Special Program at Tokyo Disneyland offers Guests the ability to have fun with the Disney Friends in this new limited-period program presented at Showbase, as well as related merchandise and menu items.

Note: “One Man’s Dream II － The Magic Lives On,” currently presented at Showbase, will close on December 13, 2019. 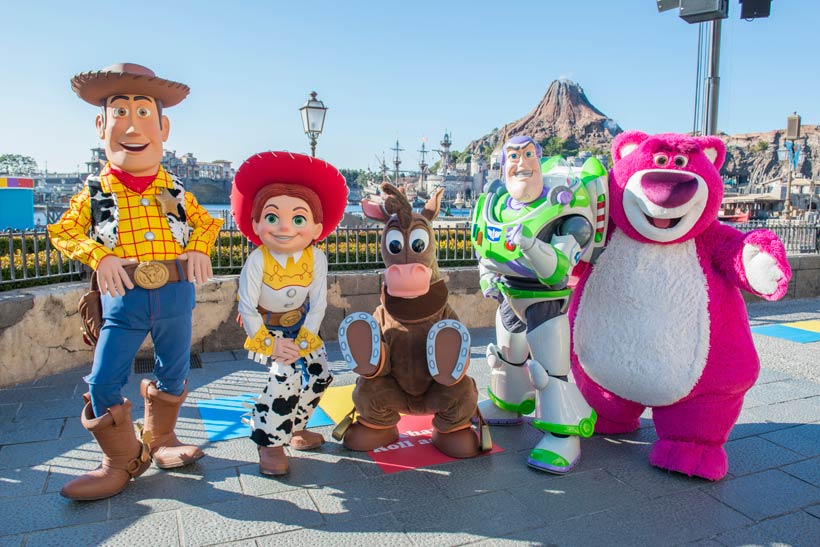 Duffy-related Program at Tokyo DisneySea Guests will enjoy the gentle and heartwarming world of Duffy and his friends, in this program that offers merchandise and menu items, as well as photo locations where delightful keepsake photos can be taken.

Time to count down to Halloween! We will be back at Disneyland Paris for the first Halloween party which takes place on Oct 26! Can't wait! Are you visiting a Disney Park for Halloween? #dlp #Disneyland #disneylandparis #halloween #disneyhalloween #jackskellington #nightmarebeforechristmas #InstaDisney #Disneygram #phantommanor #fallseason🍁

Will you be Melanie's next groom? Or will the Phantom keep you away? ⠀ ⠀ #dlp #disneylandparis #disneyhalloween #halloween #disneyland #paris

One final view 🎃. The parks will now switch over to Christmas and we can't wait for that magical time! 🎄 #dlp #disneyland #disneylandparis #instadisney #disneygram #halloween #disneyhalloween #christmas #disneychristmas

It was the last for these amazing dancers. It was great seeing again this year. And I hope they come back next year. Do you spot the hidden Mickey? °o° 😅#dlp #disneylandparis #disneyland #disneyhalloween #halloween #🎃