Since the announcement of the temporary closure of Disneyland Paris on October 29, behind-the-scenes teams accompanied by Disney VoluntEARS, are supporting local associations by donating excess food during the resort’s closure, including highly sought after products such as fruits, vegetables, meats, grocery items and frozen foods. 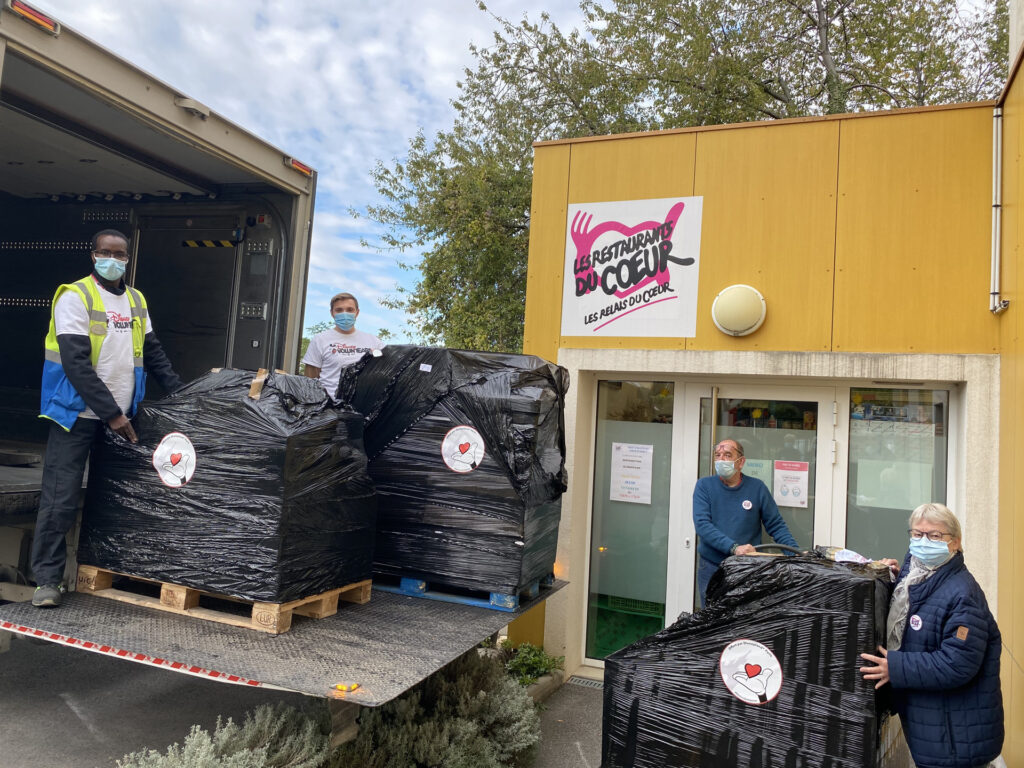 Secours Populaire de Vaux le Pénil is just one of the associations receiving donations including a new delivery of 12 pallets of fresh products today, in addition to 15 pallets already delivered. The organization plans to distribute the supplies to its teams throughout the region. Secours Populaire de Meaux will also receive pallets of frozen products. Additionally, several other organizations are recipients of donations including Les Restos du Coeur d’Esbly, receiving six pallets of groceries and Les Restos du Coeur receiving nearly 200kg of burgers. In the days and weeks to come, the Red Cross and the Food Bank will be added as beneficiaries of the ongoing donations.

The donations are a continuation of Disneyland Paris’s commitment to assist the local associations and healthcare institutions during this exceptional time by donating food, protective equipment and other medical supplies with a total market value which has already exceeded 6 million euros. All thanks to the mobilization of cast members at the resort, volunteering their time in order to support the region.