From the day Euro Disneyland opened its gates in 1992 and the years after, many guests visited Marne-la-Vallée. Among these guests were also celebrities like George Lucas, Michael J. Fox, Johnny Hallyday, Robin Williams, Rosanna Arquette, Rick Moranis, Dick Rivers (to name a few). 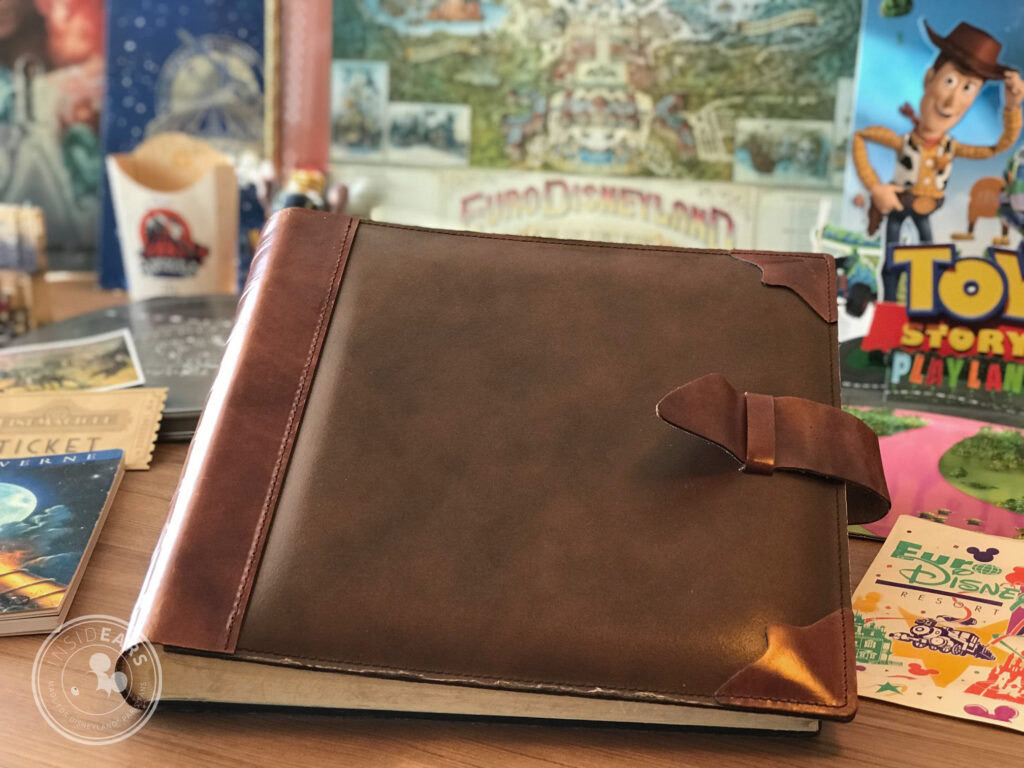 The first guestbook which is part of the Disneyland Paris Archives holds notes left by some of these celebrities, either evoked by their magical experience or to write a nice note to Cast Members. 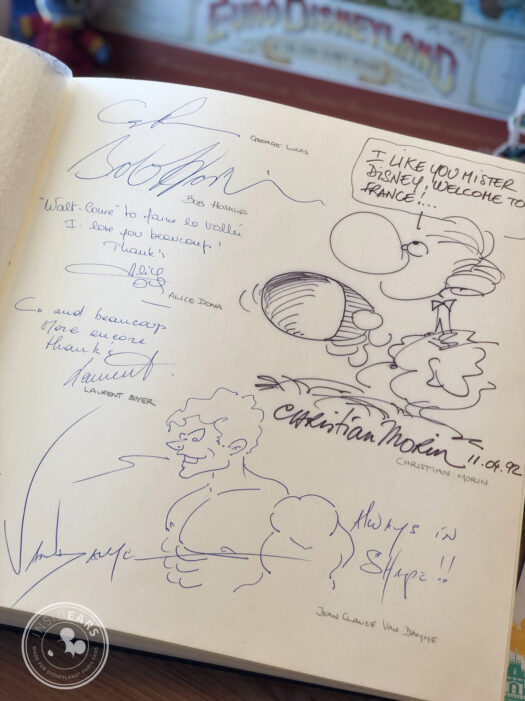 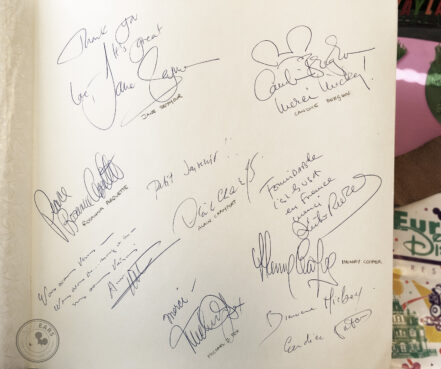 This guestbook starts on April 11, 1992 (The Mondovision broadcast day, one day before the official opening), and runs until 1997 (5th anniversary). 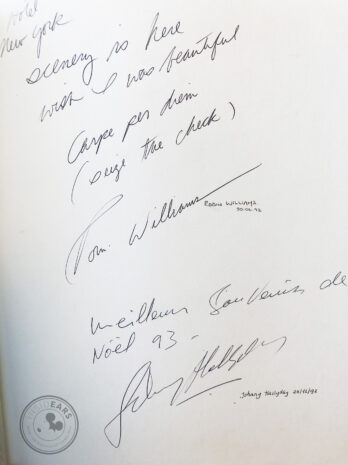