Earlier today the Disneyland Paris Twitter account tweeted a photo of what seems to be the Frozen Floats for the 25th anniversary parade. The tweet itself has been removed by now, but the photo is ours to keep.

Information that was shared last week by Disneyland Paris, already gave us a small hint of what to expect with this float of Olaf, Elsa and Anna:

Discover Wonder – The great Disney storybook will close with a flourish with the two heroines of Frozen, on the balcony of an ice castle, accompanied by a few friends who are particularly popular with guests… 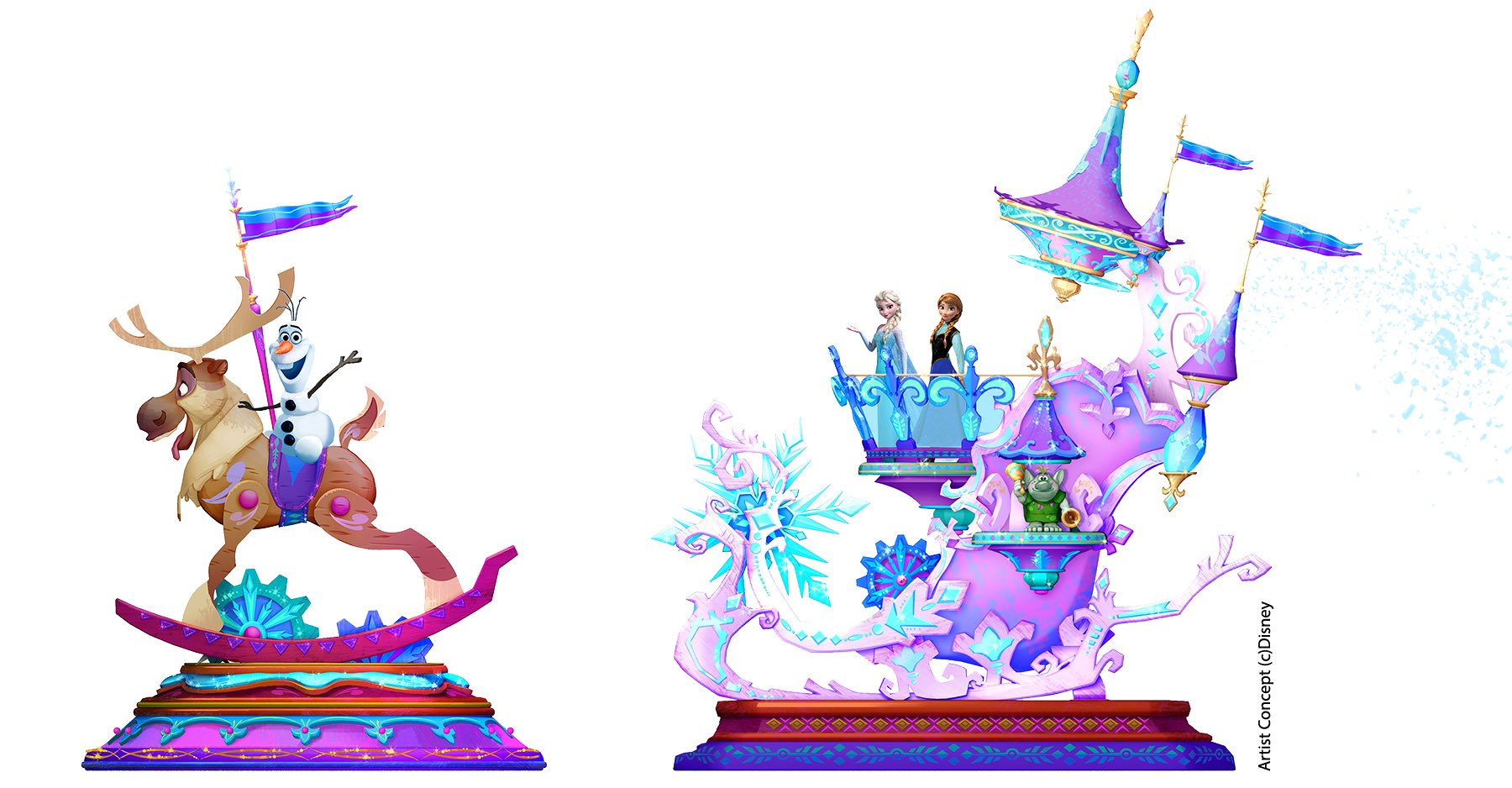