Today Disney annouced that Splash Mountain – at both Disneyland park in California and Magic Kingdom park in Florida – will soon be completely reimagined. The theme is inspired by the animated Disney film, “The Princess and the Frog.” The story is picked up after the final kiss, and join Princess Tiana and Louis on a musical adventure – featuring some of the powerful music from the film – as they prepare for their first-ever Mardi Gras performance. Tiana is a modern, courageous, and empowered woman, who pursues her dreams and never loses sight of what’s really important. It’s a great story with a strong lead character, set against the backdrop of New Orleans and the Louisiana bayou. In 1966, Walt himself opened New Orleans Square when it became the first new “land” added to Disneyland park, so it feels natural to link the story and the incredible music of “The Princess and the Frog” to our parks.

The voice of Princess Tiana and Tony Award-winning actress, Anika Noni Rose, shared, “It is really exciting to know that Princess Tiana’s presence in both Disneyland and Magic Kingdom will finally be fully realized! As passionate as I am about what we created, I know the fans are going to be over the moon. The Imagineers are giving us ‘The Princess and the Frog’ Mardi Gras celebration we’ve been waiting for, and I’m here for it!”

The approach to retheming or “plussing” attractions (as Walt Disney referred to it) begins with Imagineers asking the question, “how can we build upon or elevate the experience and tell a fresh, relevant story?” It’s a continuous process that Imagineers are deeply passionate about. And with this longstanding history of updating attractions and adding new magic, the retheming of Splash Mountain is of particular importance today. The new concept is inclusive – one that all of our guests can connect with and be inspired by, and it speaks to the diversity of the millions of people who visit our parks each year.

Charita Carter, the senior creative producer leading the project at Walt Disney Imagineering shared, “Like Princess Tiana, I believe that courage and love are the key ingredients for wonderful adventures. I am delighted to be a part of bringing this fun-filled experience to our guests.”

For Imagineers, change is rooted in a tradition set by Walt Disney who encouraged new innovations, new ideas, new scenes and current storytelling. And the experiences they create can be enjoyed by guests who visit our parks from all over the world.

As part of the creative development process, conceptual design work is well underway and Imagineers will soon be able to conduct preliminary reviews and develop a timeline for when the transformation can start to take shape.

Over at D23, an interview with Walt Disney Imagineering’s Bob Weis can be found where he discusses reimagining Splash Mountain for Tiana and Her Friends 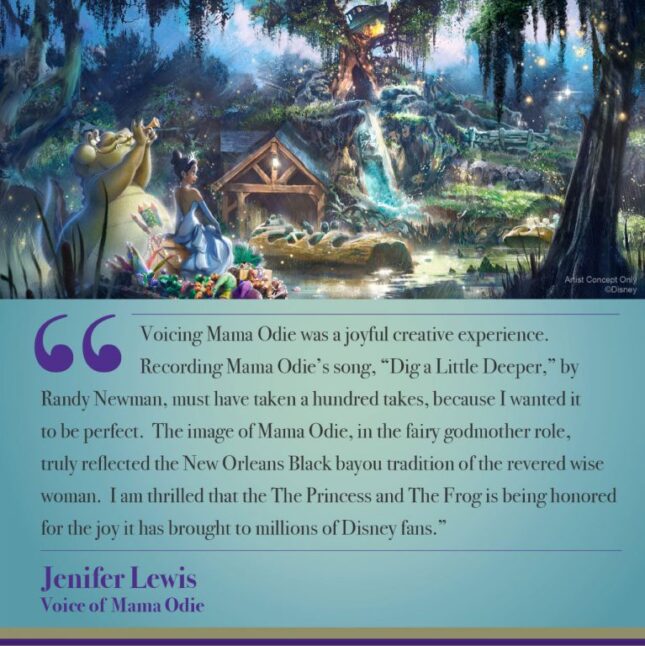 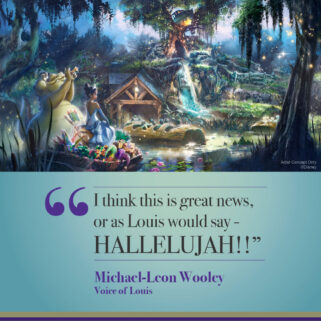 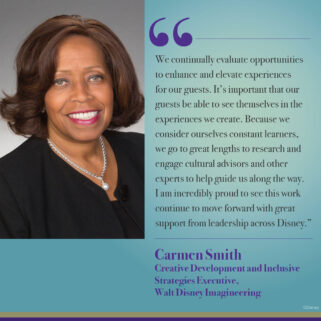 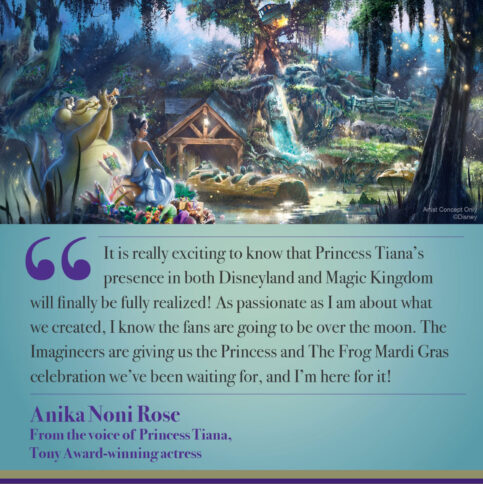