The Walt Disney Company has just announced a 2 billion euro expansion plan for Disneyland Paris. This includes the transformation of Walt Disney Studios Park with 3 new areas based on Marvel, Frozen and Star Wars.

“We’re very excited about the future of Disneyland Paris and continue to invest in its long-term success,” said Robert A. Iger, chairman and chief executive officer of The Walt Disney Company. “The resort is already the leading tourist destination in Europe, and the transformative expansion we announced today will add even more of our beloved characters and unparalleled storytelling to create new lands, attractions and entertainment that further elevate the guest experience and drive new opportunities for tourism in this dynamic region.”

Let’s have a closer look at all the changes we can distill from the artist concept. This is purely speculative and my opinion, I have no solid information on what each change will be.

This area at the back of the lake and park shows Arendelle behind the lake. We see a full village including the mountain and ice castle. It is not clear yet what type of ride we will see in that area, but we might be able to expect something similar as the Frozen ride at Epcot. 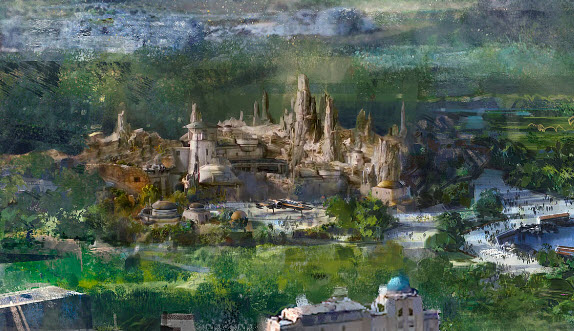 Star Wars: Galaxy’s Edge hasn’t opened yet at Disneyland Resort or Walt Disney World Resort but Disneyland Paris is already getting its own version. It does seem like it will be a bit smaller than its counterparts in the US, but we will still see some great Star Wars theming.

I don’t know why but I’m really excited about the addition of the lake. Seeing a ferry on the water, and some fountains on either side just makes me happy. Will we see a World of Color, Rivers of Light or Illuminations – Reflections of Earth type of show? I don’t know but I do hope so!

On the right side of the lake and just behind Ratatouille we see a vacant lot. Will this just be backstage area? Or will we see more here in the future? It would be nice to have a small Animal Kingdom type of area.

Not sure what to expect from this, but this seems like a lost parade of some kind. It would be nice to have a parade come back to Walt Disney Studios Park, and it would be nice seeing it go around the lake and maybe down the long stretch of walk-path. 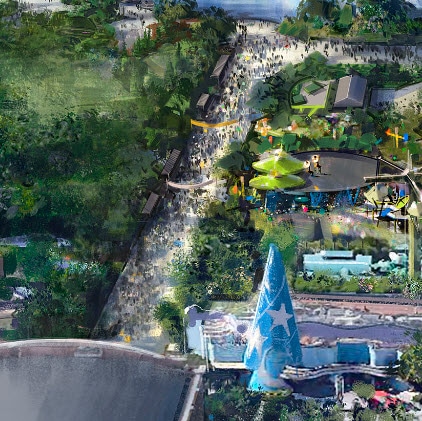 While this means that part of Hollywood Boulevard and the Tram Tours has to be taken, I’m can’t say I’m sad. It looks amazing what we see here and I’m curious to see how this will be filled in. Will it be mainly a walk-path, or shopping area or parade route? At least there is room to add some things and add some street entertainment. 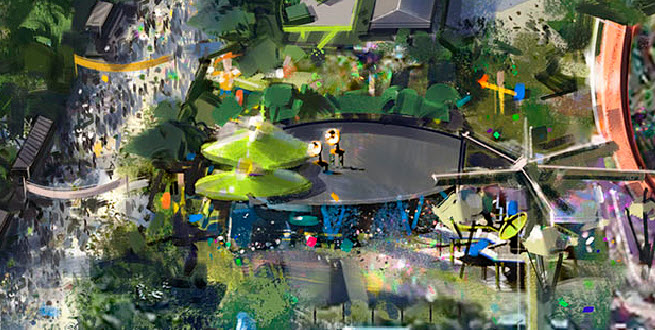 This seems like a new addition to Toy Story Land, and it might even be the Alien Swirling Saucer attraction which will open soon at Toy Story Land at Hollywood Studios Park in Florida. 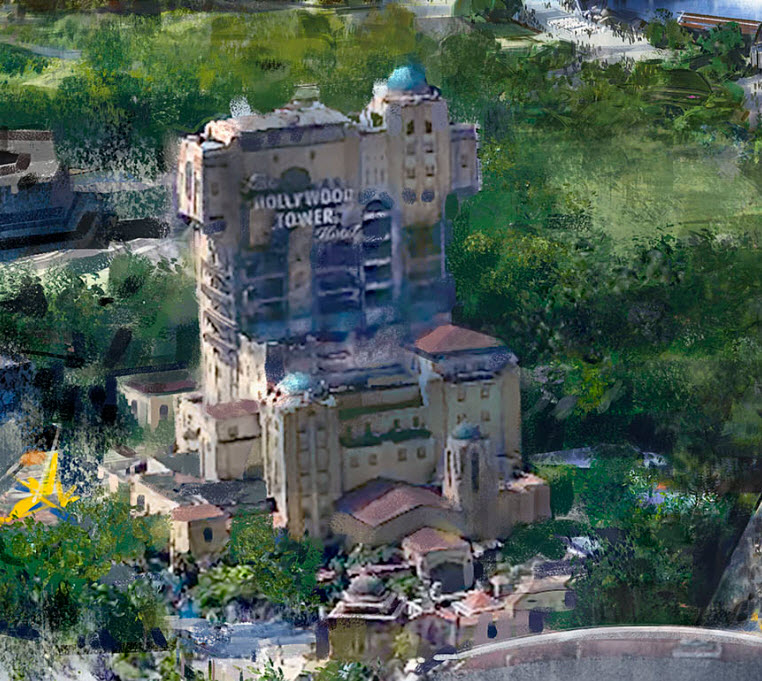 It seems like Hollywood Tower of Terror is staying! At least for now. 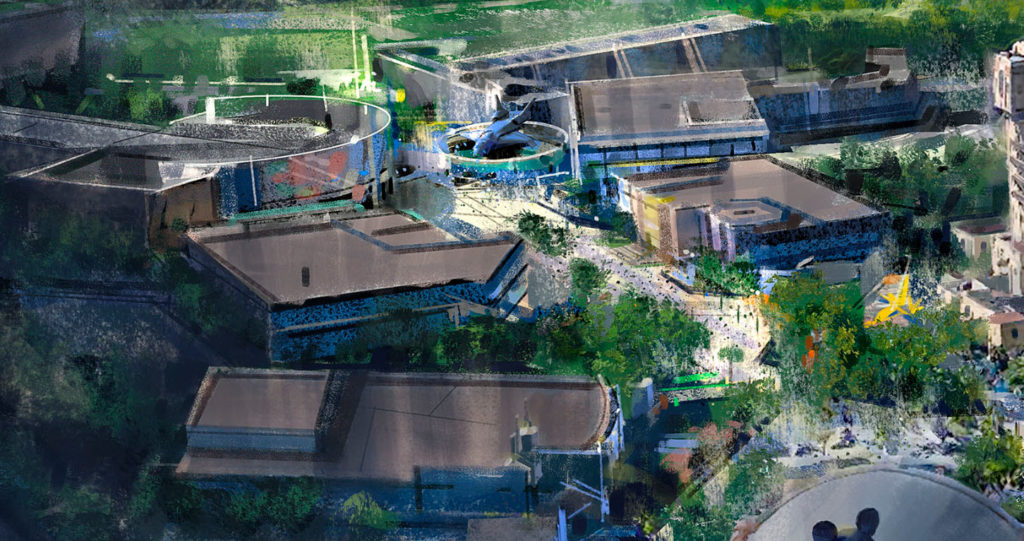 And last but not least, the Marvel changes which we already had some confirmation of, but it seems like more is being added. The building seems to be new buildings and not just re-purposed existing buildings. I just can’t place the shark that we see at this picture. We do get an early look at the Iron Man Roller Coaster, we see that the stunt show will have a new facade and it seems like Armageddon is on the chopping block as well.

What do you think?

Reading about all these changes, what do you think? Happy to see this Parisian Park finally getting the love it deserves?