On Sunday, guests at Disneyland Paris saw something special at the hub. The Cast from Pirates of the Caribbean visited the Disneyland Paris and made their appearance during Pirates Weekend, just days after the world wide premiere of the new Pirates movie at Shanghai Disney Resort. The event – attended by Captain Jack Sparrow himself, Johnny Depp, Brenton Thwaites, Kaya Scodelario, Orlando Bloom, Geoffrey Rush, Javier Bardem, directors Joachim Ronning and Espen Sandberg and producer Jerry Bruckheimer, celebrated the origins if the global cinematic phenomenon which was inspired by the beloved Pirates of the Caribbean ride. 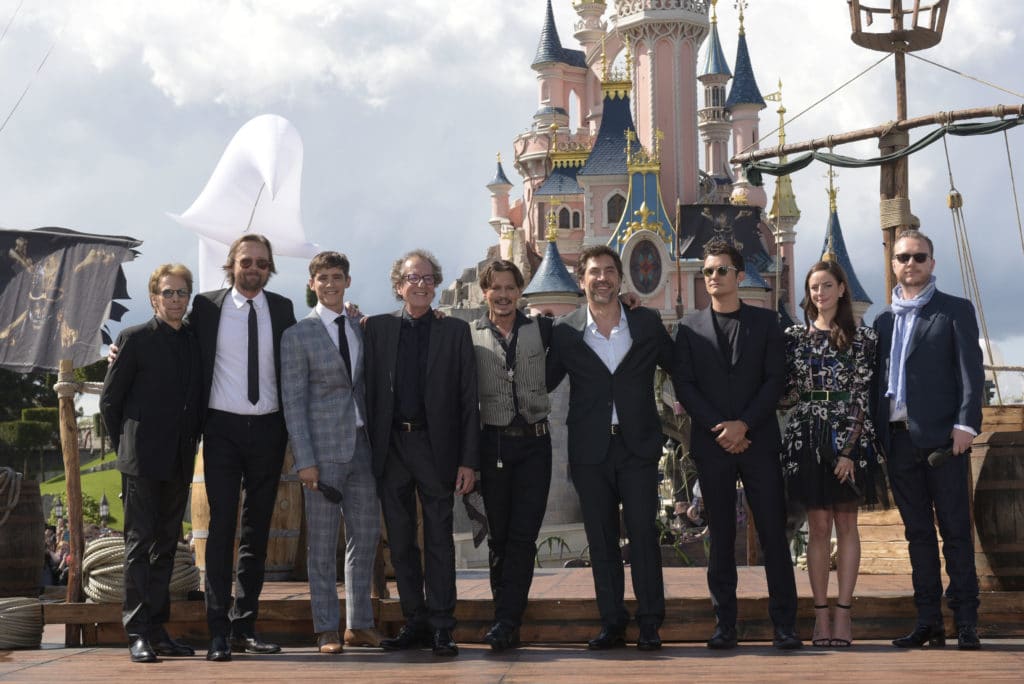 To celebrate the 25th anniversary at Disneyland Paris, the legendary attraction will reopen its doors on July 24th with 2 scenes including Jack Sparrow appearing in several of its unforgettable sequences for the first time in Europe.

The cast and crew were met with applause. After a spectacular show featuring 25 acrobats and dancers dressed as ghost pirates and escorting a sinking ship, the film’s cast and crew came onstage to greet the audience and answer questions. They also took the time to sign autographs and pose for selfies with excited fans, before making a suprise appearance at the film’s European premiere at Gaumont Disney Village, which was simulcast across a dozen IMAX theaters across the continent.

Several European celebrities attended this exceptional “Pirates” weekend, part of the celebrations surrounding the 25th anniversary of Disneyland Paris. They, along with a large number of visitors, got together with friends and family to experience the thrill of adventure that is now associated with the Pirates of the Caribbean franchise. The two-day celebration was full of surprises, as visitors wandered from place to place, stumbling upon groups of musicians dressed as pirates, sea-themed tattooing workshops, new picture and selfie spots, and a never-before-seen addition to the Disney Illuminations night-time show. 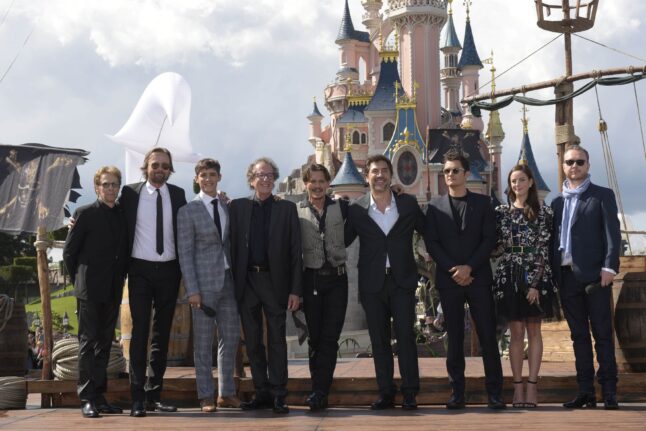 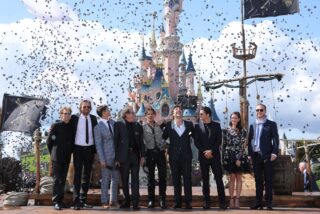 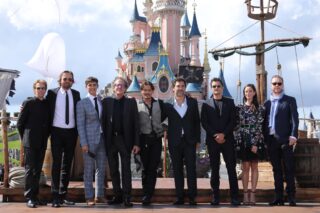 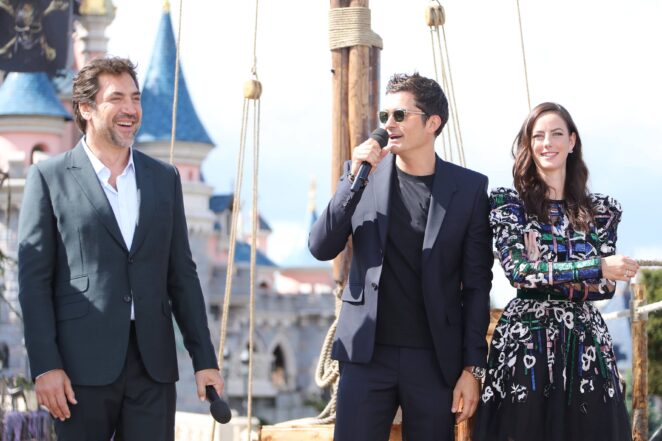 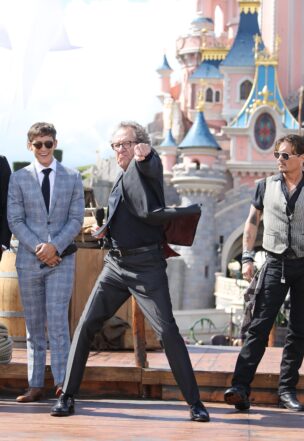 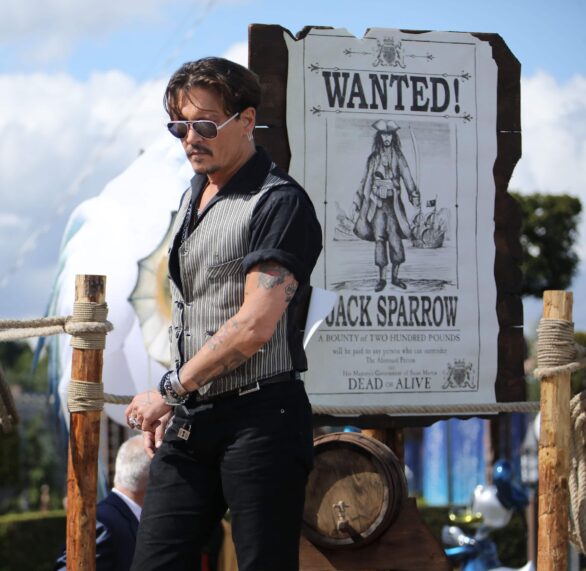 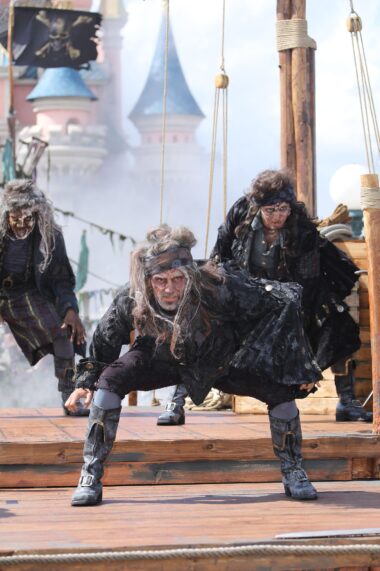 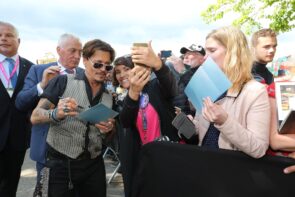 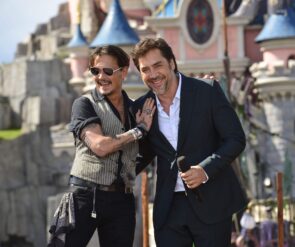 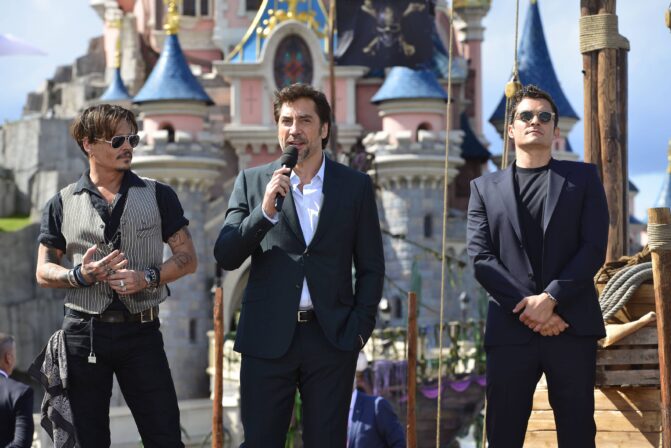 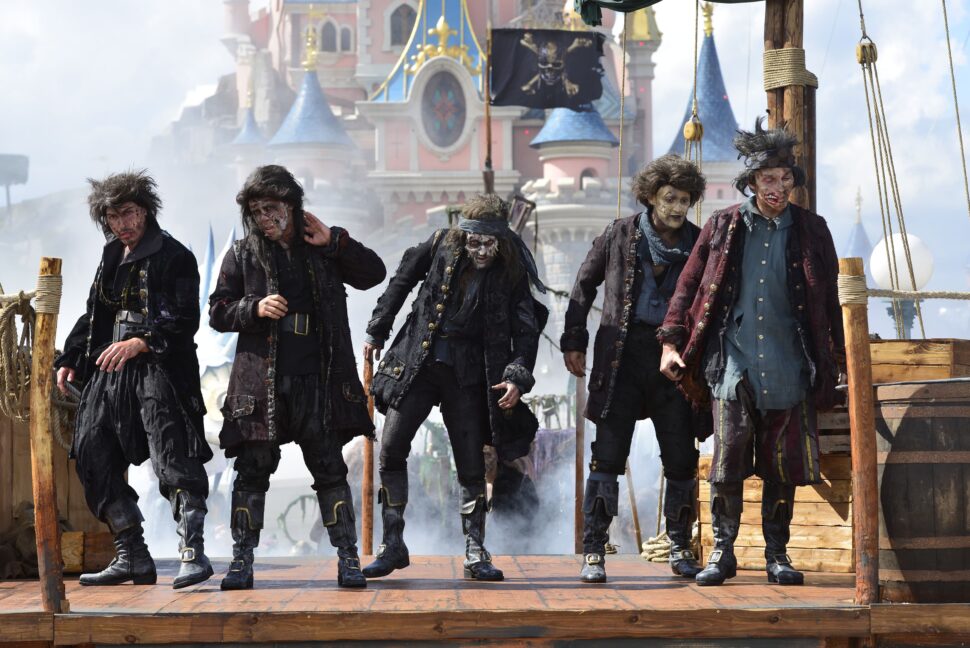