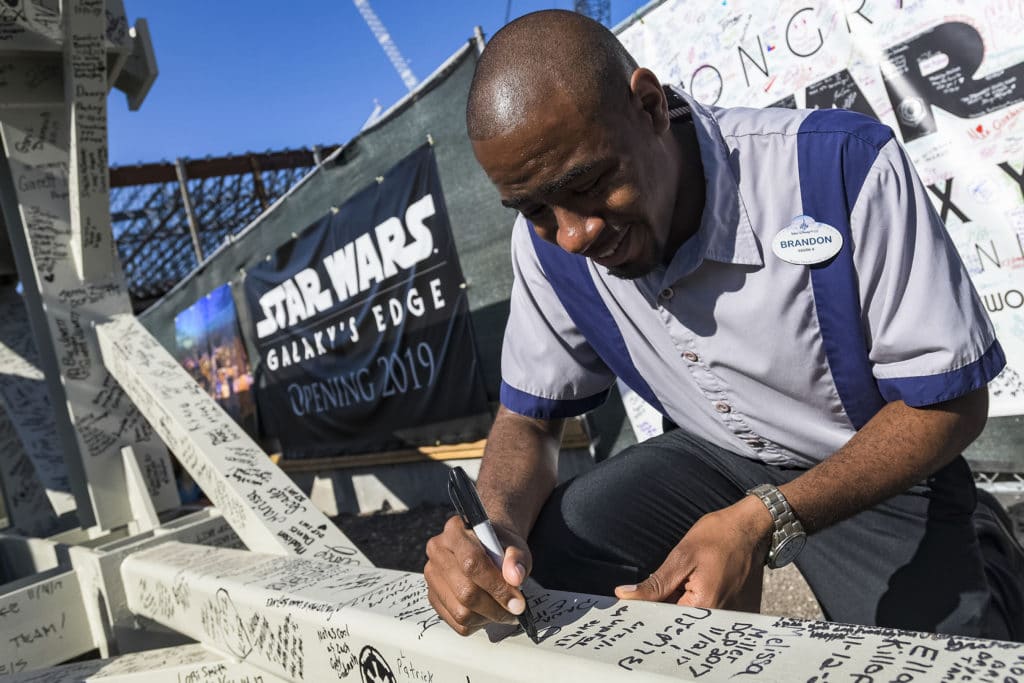 The beam-signing took place Nov. 12-14 in a backstage location of the park just outside the site of the new land. The signed beam will become part of the landscape in the tallest spire of rock rising behind the iconic Millennium Falcon spaceship. The beam will form the highest point in Star Wars: Galaxy’s Edge.

Disney cast members are taking photos of themselves signing the beam. They’re also autographing a “time capsule” banner that will be presented to the new land’s opening-day team in 2019.

Star Wars: Galaxy’s Edge will transport guests to a remote trading port on the edge of space, where Star Wars characters and their stories come to life – and where guests find themselves in the middle of the action. Two major attractions anchoring the new land – and even the land itself – will offer guests the chance to immerse themselves in the Star Wars universe like never before.