Over at Walt Disney Studios Park at Disneyland Paris, Imagineers are working hard to re-imagine the Studio Tram Tour to a Cars Theme ride called: Cars Route 66 Road Trip. This re-imagination was announced last year, and it was supposed to open in Summer 2020. Unfortunately due to circumstance known the opening date has been pushed to next year. This didn’t stop the creative team to release some concept art of the re-imagined ride. 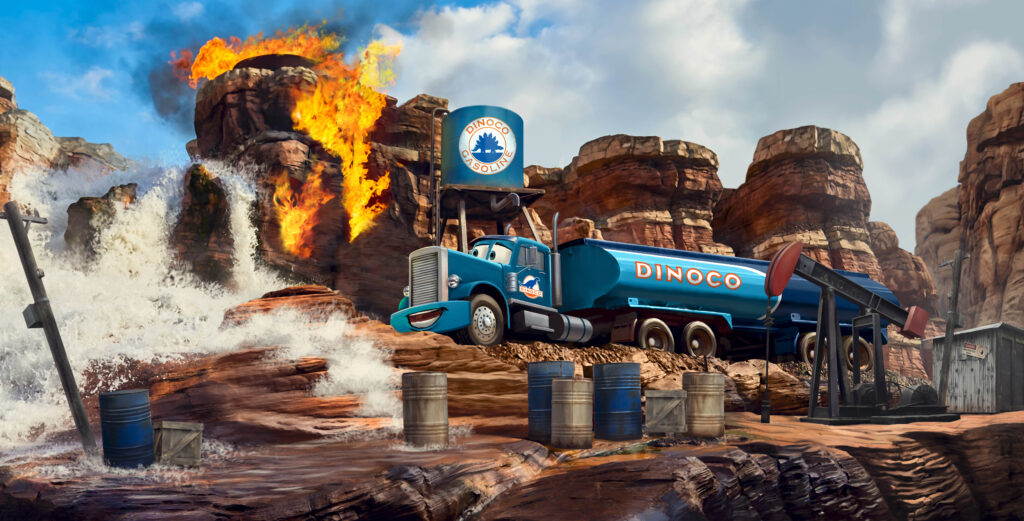 The concept art features a Dinoco fuel track inside Disaster Canyon. We can still see the familiar features of this scene: water coming down into the canyon, and fire engulfing part of the canyon.

What the scene will actually entail and how it fits the story of the re-imagined ride is not known. But we sure are curious to what guests will be able to experience next year.