Shanghai Disney Resort today revealed the premiere date for the highly anticipated Broadway musical Beauty and the Beast, set to take the stage at the Walt Disney Grand Theatre in Disneytown on June 14. Tickets for the world-renowned stage performance will go on sale beginning May 24. 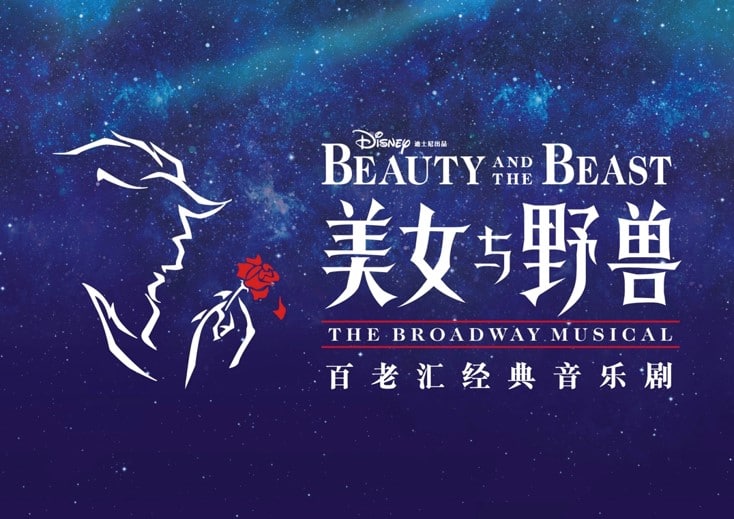 “The new Mandarin production of Beauty and the Beast is a magnificent addition to the one-of-a-kind, immersive entertainment at Shanghai Disney Resort,” said Philippe Gas, general manager of Shanghai Disney Resort. “We believe it will resonate deeply with the Chinese audience, as this tale as old as time is brought to life on stage in Mandarin at the Walt Disney Grand Theatre.”

“Beauty and the Beast was Disney’s first musical on Broadway and ultimately became one of the longest-running and most beloved shows of all time. Following the success of The Lion King, I am thrilled to collaborate with the Shanghai Disney Resort team once again and to welcome the Broadway production’s original director, Rob Roth and his creative team as they recreate this treasured story for Chinese audiences at the beautiful Walt Disney Grand Theatre,” said Thomas Schumacher, president and producer, Disney Theatrical Productions.

Beauty and the Beast tells a timeless story with universal appeal that makes it an ideal live- entertainment experience for guests of all ages, and a truly memorable family outing. It is the classic story of Belle, a young woman who is first repelled by, then attracted to a gruff yet big- hearted Beast, who is really a young prince trapped within a beast’s body. The new production offers guests the chance to witness an authentic and unforgettable Broadway show at a Disney resort, providing a unique opportunity and making this a must-see part of any visit.

The musical’s premiere will be held on June 14, before opening to public the following day. Tickets will be available from May 24 on the Shanghai Disney Resort official website.

More than 80 performers and crew members

The extensive auditions and recruitment of the new production search spanned six months around China, leading to the selection of more than 80 gifted performers and crew members who will bring the show to life when it premieres this June. The original Broadway Creative Team, including Rob Roth (Director), Michael Kosarin (Music Director), Matt West (Choreographer), Stanley A. Meyer (Set Designer), Ann Hould-Ward (Costume Designer) and Natasha Katz (Lighting Designer), are in Shanghai working with the local cast and crew as they rehearse this spectacular production.

The preparation and production of the new show is another example showcasing Disney’s commitment to delivering world-class entertainment in Shanghai, supporting Chinese performers and musical theatre talent, and fostering a strong musical theatre industry in China.