Spending hours to renew your Annual Pass at Disneyland Paris

Once a year, the time is there that you have to renew your Annual Pass. You look ‘forward’ to this date, but you are also anxious about any price increase which might happen before. You want to lock in the current price. In the old days, you could either renew online, via some paperwork that you had to mail in or by visiting the Annual Pass office in Disneyland Park. 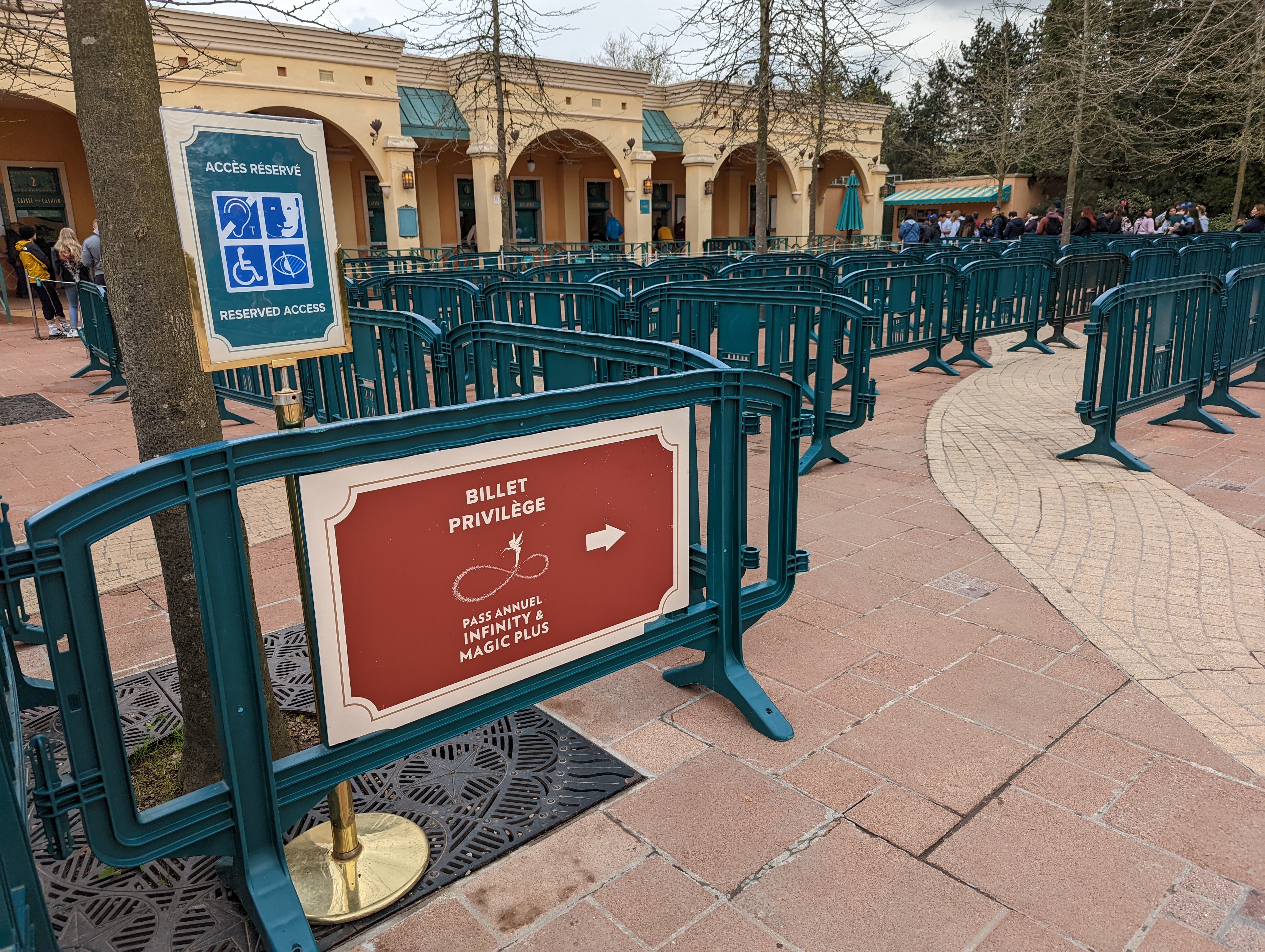 But since the pandemic, renewing your Annual Pass has become a little bit harder. Regardless of the type of Annual Pass you have, you can hold three reservations. Now you don’t need reservations to renew your Annual Pass, but as a non-local, you won’t be making the trek to the parks without something planned to be there. For us, it is a one-way 4,5-hour car drive, so we make sure we go to the resort when there is something we want to experience.

In the event your Annual Pass expires, you first have to get a new one, which has to be activated at the resort, before you can make reservations. We had this stressful moment in 2021 just before the Halloween season. Luckily it worked out, but it could have happened that even though we had non-Disney hotel reservations, we would have not been able to get into the parks.

Going back to our most recent trip: our friend needed to have her Annual Pass renewed. Her pass expires on April 16, so our trip from April 10 – 13 perfectly lined up with this. But just like the trip prior to this one, the Annual Pass event, the lines for the Annual Pass office at Walt Disney Studios Park were several hours long. We checked in several times with a Cast Member at the beginning of the queue, and we were quoted times from 2 to 4,5 hours.

No better today. Talking about 20 people waiting for day tickets. About 80 for annual passes. pic.twitter.com/ShlUZD1ONl

You can have your Annual Pass renewed 60 days prior to the expiration date, and up to 30 days after. But as I mentioned, most if not all non-locals will only come to the resort when there is something special to attend, or when they have plans to spend days at the park. You don’t look at your calendar and say: let me plan for one extra day to just get my Annual Pass renewed. And yes, there are stories that people were able to renew their Annual Pass in just 5 minutes, but that is not something you can depend on. We walked over several times this trip and on our previous trip. And when I look at photos shared on Twitter or Instagram, lines are more often than not.

After we were told again that it was a several-hour wait, we walked over to Guest Relations to file a complaint. The CM who helped us didn’t really seem to care about it but she did get the team lead responsible for the AP windows. She told us that over the last few weeks, if not months, the wait time has been over several hours consistently. We were told to come back 15 mins before the stated close time, as that is the time they will cut off the queue, but the windows will remain open until all guests have been helped. Unfortunately, we already had dinner reservations, and even though we got there are 16.45, we were told it was still about 90 to 120 mins.

Just get a new AP

Is Fraud The Reason?

When asked about the reasoning for this, we were told this had to do with fraud. Unfortunately, it is not entirely clear to us what fraud could be committed. As there is a photo on the AP, there is a photo in the system. And they could check all they want when you scan in at the turnstiles. When there would be some issues, they can do an additional check, or even ask for some form of other identification.

Not sure why this is being made so hard. When you look at the US parks, all of the Annual Pass stuff is arranged online and through the mobile app. But in Paris, we just went back several steps.

Now we have been told the Annual Pass process will be moved online, soon. But the question is now: how soon. As for several people, their APs will expire, and it will be a tougher sell to get a new Annual Pass instead of renewing it with some type of renewal offer.