This review is based on food and/or beverage options that we consumed on October 1, 2022

Lucky Nugget offers a special each year. This year for Halloween, they serve the Spooky Special, which consists of the following:

This fixed menu will set you back 25 euros. The burger is 20 euros, and the dessert is 8 euros when you order them separately.

When we ate at Lucky Nugget, we both ordered the Halloween Spooky Special and one non-alcoholic Red Temptation. With AP discount, this came down to 50,57 euros. But was it worth it?

The day the Halloween season started at Disneyland Paris, we opted for lunch at Lucky Nugget. While the Christmas offering is often our favorite, the Halloween offering is more often a miss than a hit. Unfortunately, also, this time, it was a miss. 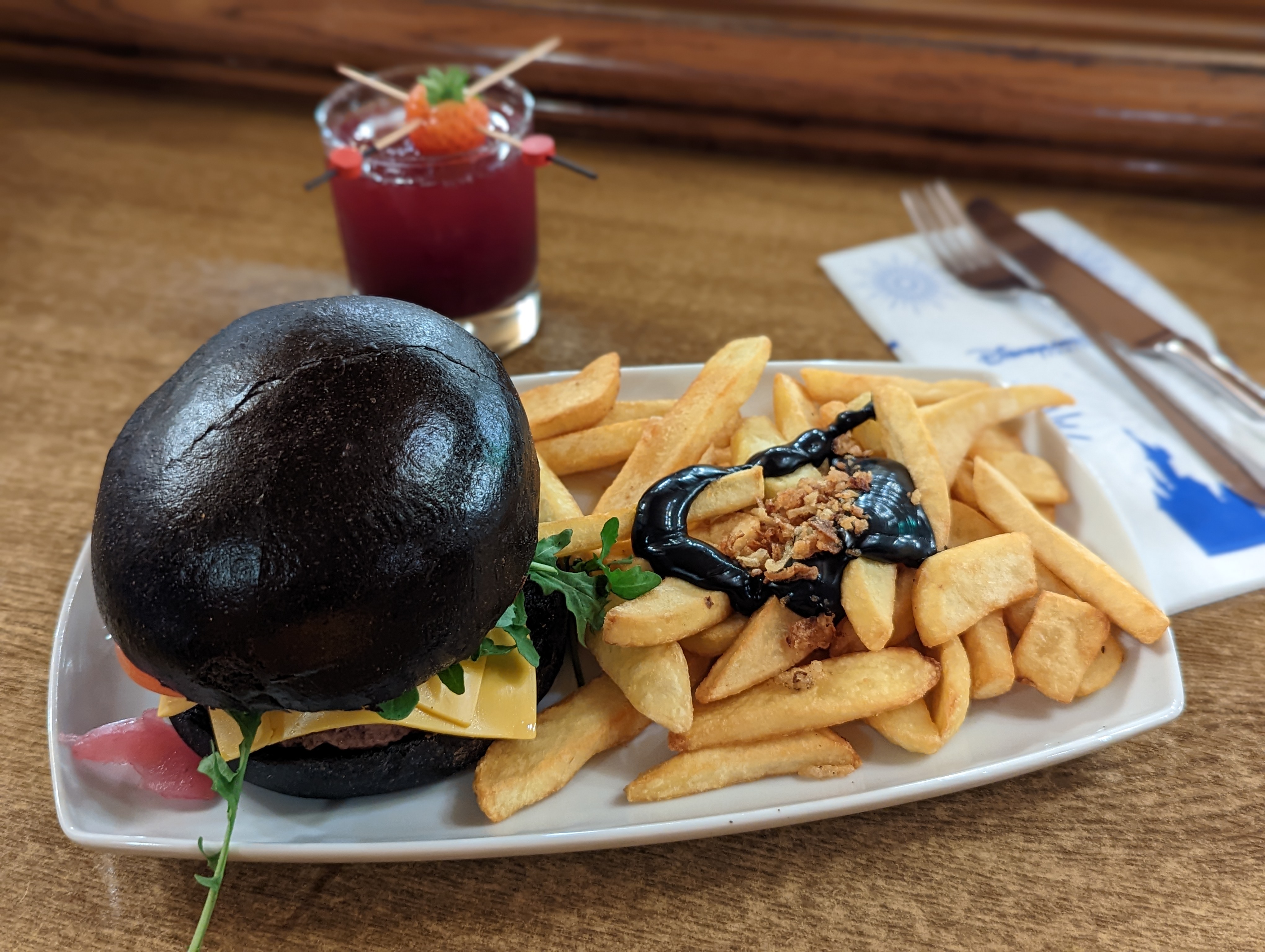 Let’s start with the drink. As we were driving back the same day, we chose the non-alcoholic version of the Red Temptation, and boy, were we disappointed. The drink was just grate-apple-beetroot-lemon, topped off with a strawberry. It was not a nice flavor, and you only (actually, that was a good thing as we didn’t like it) a small portion. Still, the drink was 9,50 euros. The alcohol bit was 3 euros when we compared the prices. We wonder if the Kraken Black Spiced rum was just there to hide the flavor of the fruit and vegetable mix. As we had a view of the bar, we could see that the drink almost came completely pre-made. They only had to top it off with the strawberry, which was my favorite part of the drink. 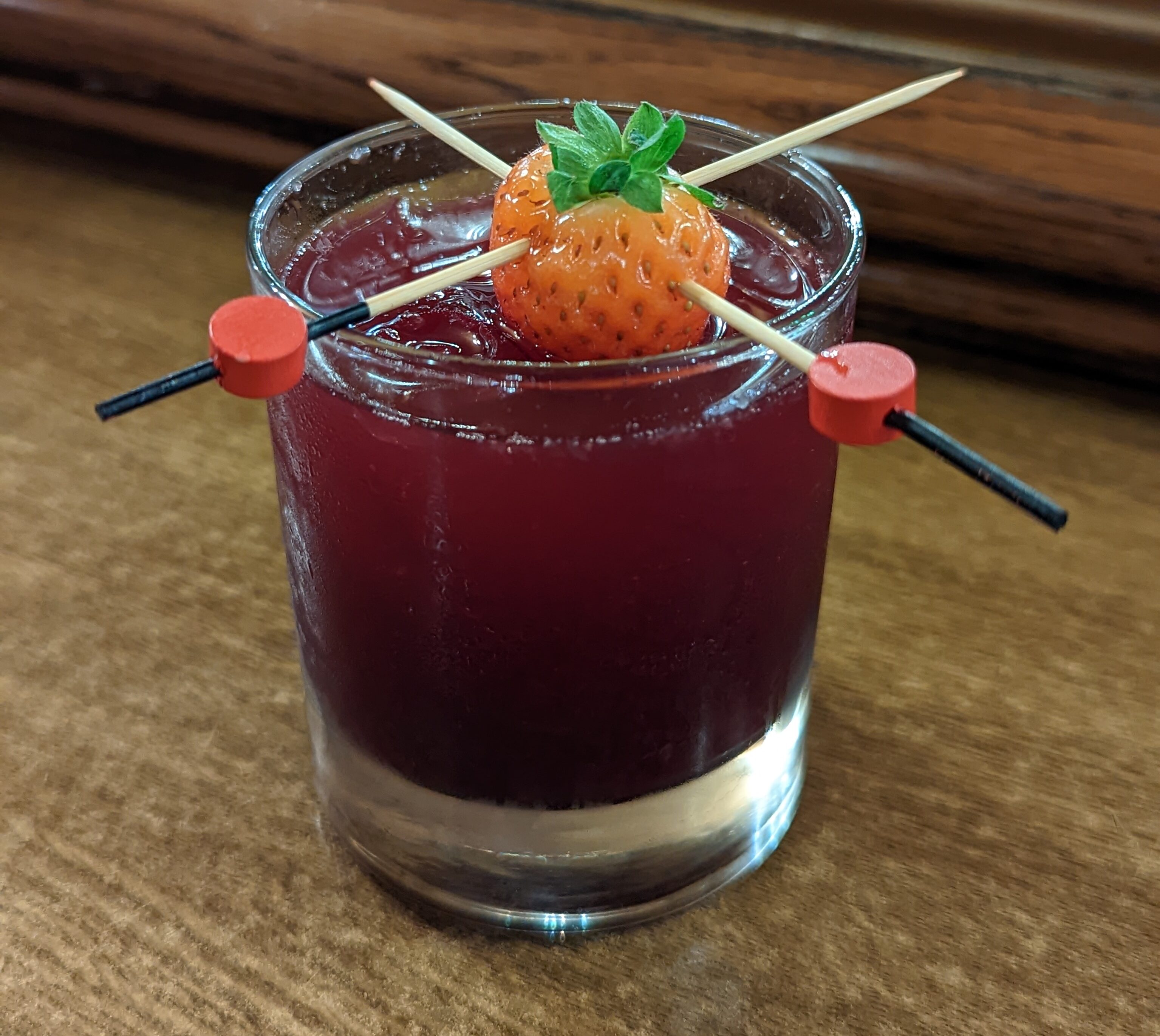 The Red Temptation was a big miss and definitely not worth the 9,50 euros. Even with the rum, I don’t think it should cost 12,50 euros.

Halloween equals black food for the Disneyland Paris Food and Beverage team, which is a shame. The bun gets really dry, and the vegetables, combined with the sauce and cheese, didn’t make it any better. The beef patty was good, but the black garlic sauce, which you can also find on the fries, is not the best. It has the texture of mayonnaise (which I believe it was) but has a black color, which in a way is a great idea, being it not that the burger bun is also black. It was supposed to be garlic, but it was quite hard to distinguish any garlic flavor. 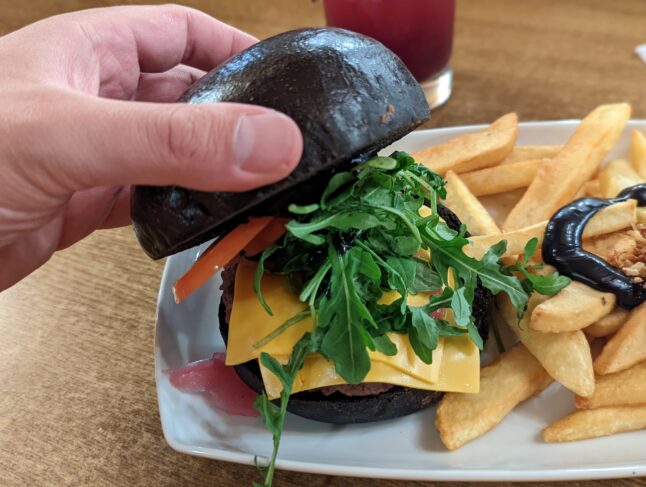 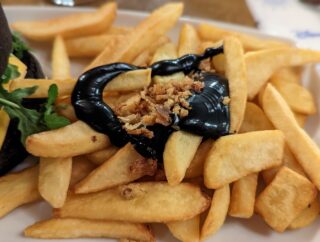 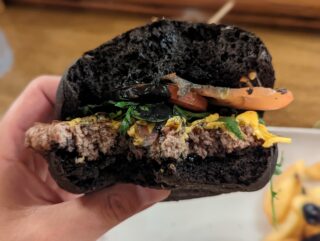 The burger was okay, nothing, something super spectacular. The fries were fine, but what can go wrong with fries (well, a lot, but they were fine!). Definitely will start avoiding the black burger buns. The bun they used for the 30th-anniversary burger tastes a lot better.

The Maleficient Sundae looks great, but that is also where it ends. The Maleficient horns on the top look great, but we have seen them before. The green pistachio sauce gives it a spooky and Maleficient-related look, but it overpowers the entire dessert. The brownies underneath the ice cream were super hard, and while I understand it is an easy filler, just fill the entire cup with ice cream. The ice cream itself is so basic. But as the FnB-team seems to love black food so much, I’m not sure why they didn’t go with the Black Panther ice cream they used to sell at Walt Disney Studios Park during Marvel Summer of Superheroes. You can get a nicer dessert elsewhere in the park. 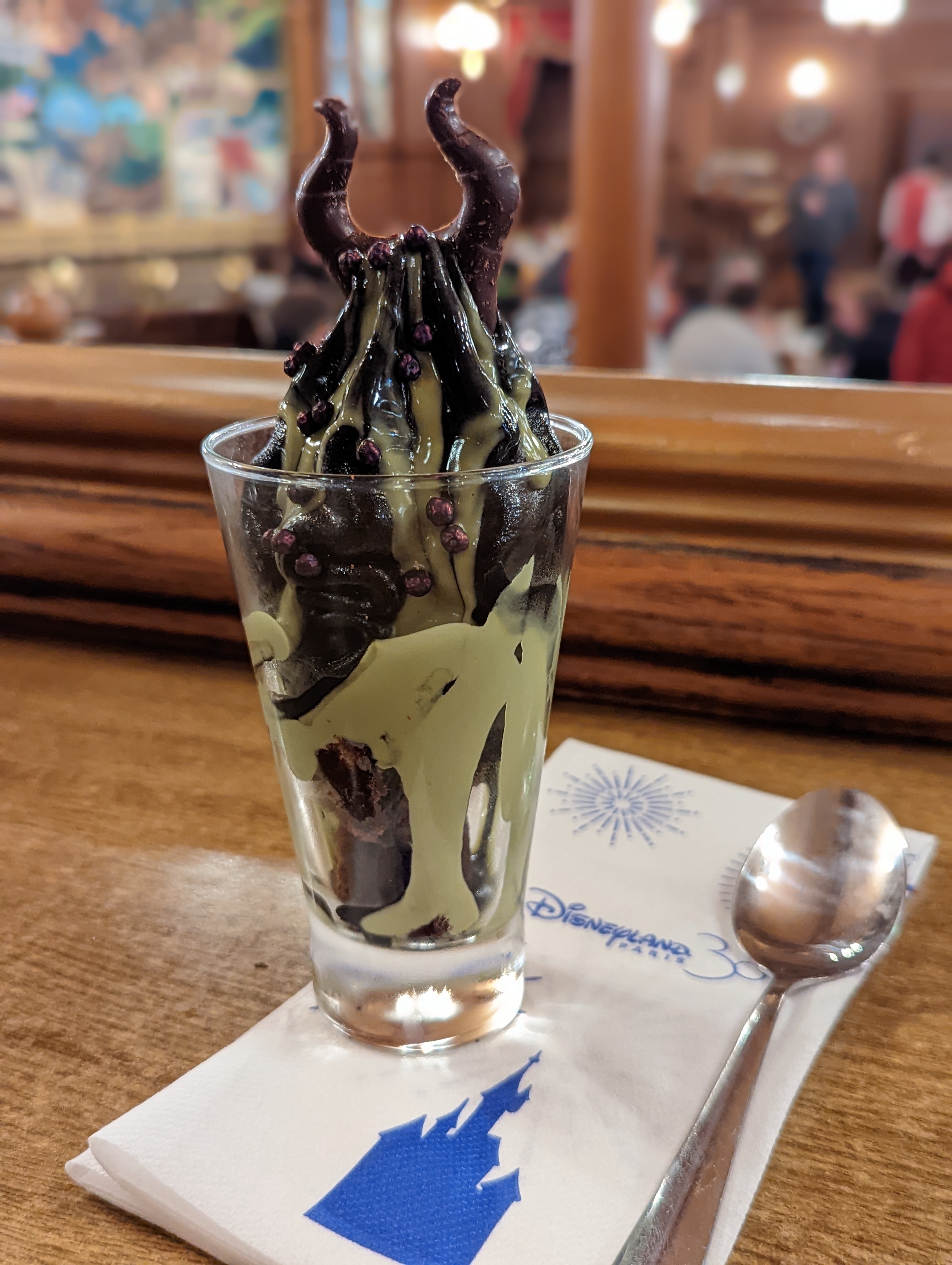